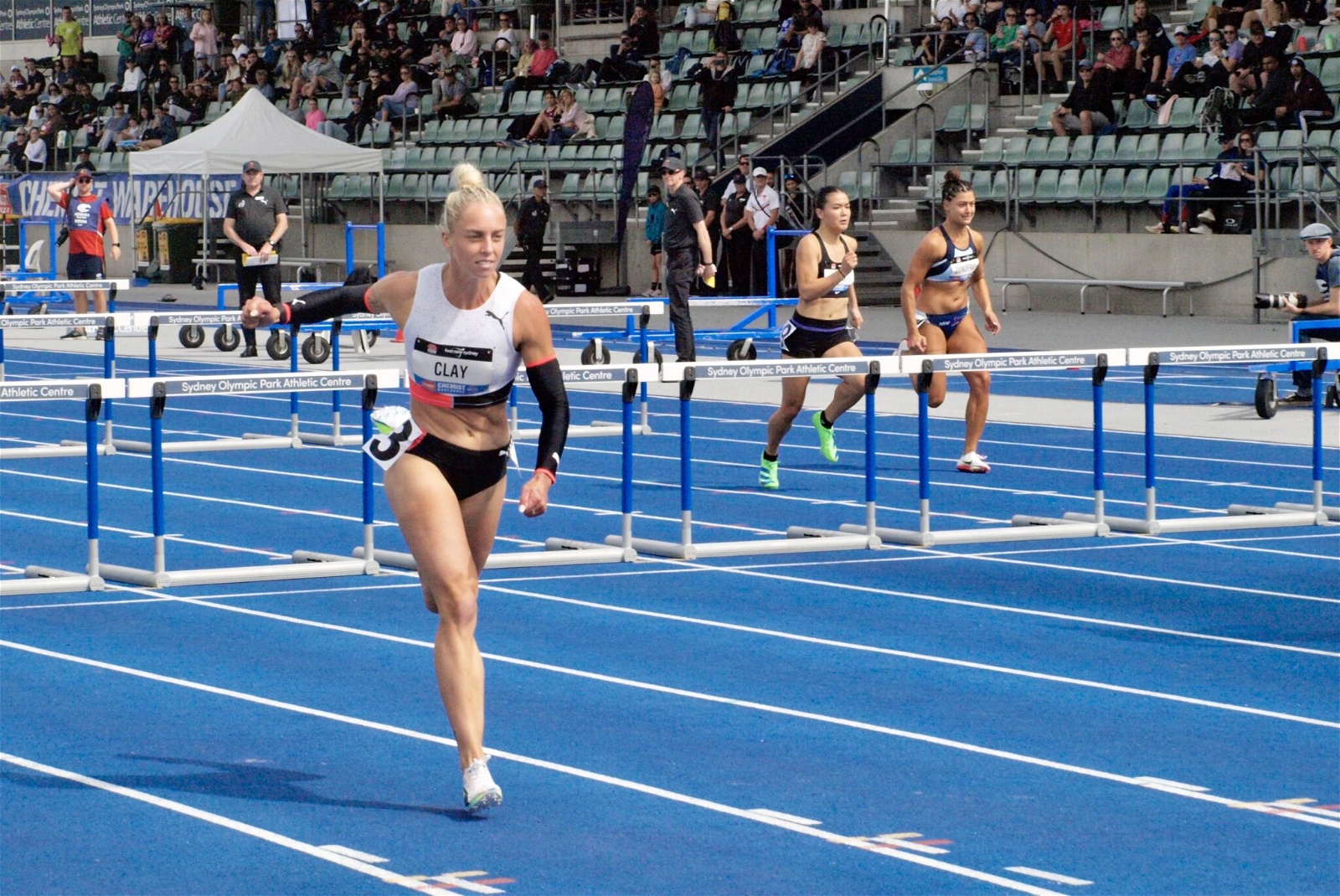 The Australian Athletics Championships provided a chance for the best in Australia to stamp their tickets to World Championships and Commonwealth Games last week.

The Australian Athletics Championships provided a chance for the best in Australia to stamp their tickets to World Championships and Commonwealth Games last week.

Jessica Hull won one of the best races of the Australian championships, in the Women's 5000m, the last race of Saturday night.

Eloise Wellings was tasked with pacemaking, and pulled off at 2200m, having set a lightning-quick 6:20 for her turn. With three Olympians in the race, the pace was high, and it showed. Hull pulled away to win in the end with a time of 15:06.

Hull's victory booked her place on the plane to Oregon for the World Championships, and to Birmingham for the Commonwealth Games. Rose Davies, who finished second also ran a qualifier, while no less than six athletes beat the long-standing meet record.

Izzy Batt-Doyle and Natalie Rule finished less than a second outside the qualifying standard as well, but are well placed this early in the season.

In the men's race, Paralympian Michael Roeger set the early pace. Star Tasmanian Stewart McSweyn was a notable absence, as he recovers from COVID-19, but the pace was still high.

Ramsden pulled away in the final sprint to beat Sam McEntee and Jack Bruce to take the race, and book his place at Oregon and Birmingham.

Sarah Carli and Ellie Beer were among the Australians who backed up their performance representing Australia at the Tokyo 2020 Olympics to win the national championships in their event of choice.

Catriona Bisset won the Women's 800m in style, leading the whole race, and pulling away down the final stretch to take home the national championship.

Bisset was not the only athlete to dominate, as Peter Bol dominated the Men's 800m, in a time of 1:48. The race was a high quality one, and doubled as Jeff Riseley's last race, as the four-time Olympian announced his retirement yesterday.

Nicola McDermott made a successful return to competition after a bout with COVID-19, and without fellow Olympian, Eleanor Patterson, jumped 1.94m to secure the national title.

Liz Clay was one star to send a message to all her competition around the world. Clay ran a 12.73, just 0,02 behind her personal best, and a sign of strong form this early in the season.

Clay will be hoping to make the World Championships final, and the Commonwealth Games final in the 100m hurdles.

Liz Clay in action at the National Championships.

Liz Clay in action at the National Championships.

Cedric Dubler rose to prominence for his mateship and support of a teammate at Tokyo 2020. His Tokyo teammate, Ash Moloney was not present at the Australian Athletics Championships, and Dubler took the moment to prove that his talent is elite as well.

Dubler dominated the decathlon, with fourth place in the shot put, and a top-three finish in every other event. His performance led him to a new personal best of 8393 points and stamped his ticket to Oregon and Birmingham as well.

He was out of the proverbial blocks with a strong start, with 4478 points on the first day, to give himself a big lead from the outset.

Cedric Dubler dominated the Pole Vault of the Men's Decathlon at the Australian Athletics Championships.

Dubler was particularly dominant in the high jump and the pole vault, where he was multiple jumps ahead of the rest of the field.

For his performance, the Queenslander was awarded the Betty Cuthbert Award for the Best Single Performance at the Australian Athletics Championships.

Stars of the future come to the fore

The Australian Athletics Championships are not just about the Olympians and the current stars. They are a chance for the stars of the future to put their names in lights and lay down a challenge to all.

Ella Connolly was among those who did this week. Connolly dominated the Open Women's sprints, taking home both the 100m and 200m crowns, as the fastest woman in Australia.

Born the same year as the Sydney Olympics, the young Queenslander has a chance to become a force in Women's sprinting, after finishing the 200m just 0.04 outside the meet record.

Ella Connolly was one of the form sprinters of the Australian Athletics Championships.

Aidan Murphy was another, as the 18-year-old won the Open Men's 200m, despite still being eligible for the Junior category.

Murphy's blistering 20.53 vaulted him straight into the record books, as one of the fastest handful of Australians over the distance.

As an 18-year-old with growing and strength still to come, the future is very bright for Murphy.

Aidan Murphy in the Men's 200m at the Australian Athletics Championships.

The National Championships is also a chance for the Paralympians and the para-athlete community to compete.

Michael Roeger and Jarryd Clifford were well in the Open Men's 5000m, but one of the standouts of Australian Para-athletics, for so long, is Chad Perris.

Chad Perris was at his usual best at the Australian Athletics Championships.

Tokyo Paralympian Isis Holt was the fastest ambulant woman over 200m at the Australian Athletics Championships, with the T38 star coming home in 13.53 with a base percentage of 99.26.

All images from Dan Coppel, Edge of the Crowd.