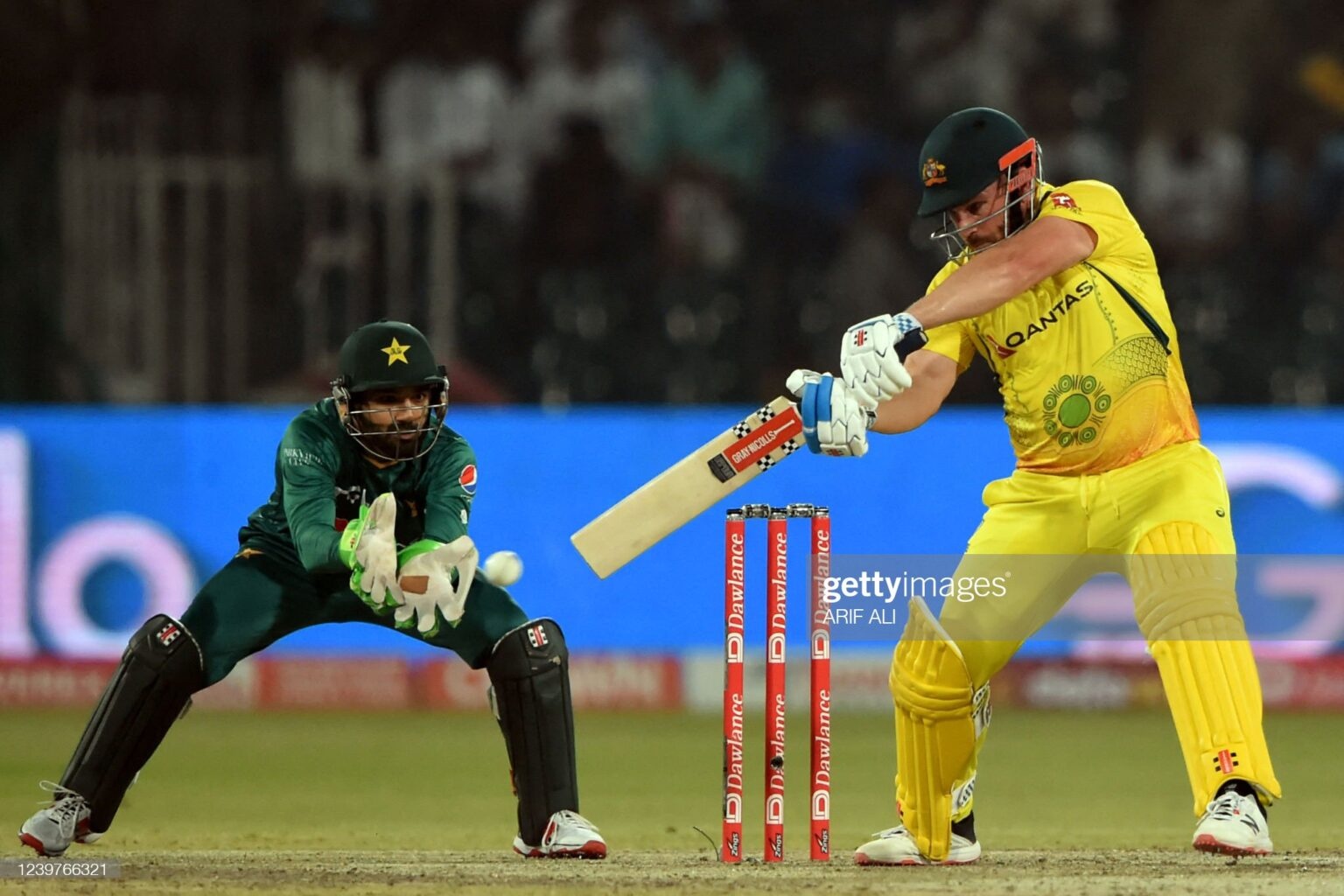 Australia wins the lone T20 by five wickets in Lahore

Australia wins the lone T20 by five wickets in Lahore

Australia wins the lone T20 and has overcome a terrible record of losing nine of their last 11 away T20 series to defeat Pakistan. The Aussies were massively helped by an Aaron Finch half-century as well as four wickets by Nathan Ellis in the first innings.

Pakistan got off to a great start with the bat, the first over from Travis Head went for ten runs and that rate continued through the powerplay. Mohammad Rizwan and Babar Azam found the boundary consistently as well as running hard ones and twos to bring up the 50 partnerships in the sixth over.

Finally, though the match began to turn when the big all-rounder Cameron Green came into the attack taking two wickets in two balls to completely turn the match on its head. First, he bowled Rizwan with an off-cutter before a low full toss was hit hard to mid-on for Aaron Finch to take an early catch.

The run rate then began to slow considerably with Pakistan only putting on 25 in the 3.3 overs between the wicket of Iftikhar Ahmed and that of Babar Azam. Azam was clearly the key wicket, and it was Australia’s main man Adam Zampa who took that wicket After being hit for a six over mid-wicket Babar then went straight to the deep cover fielder to put Pakistan in all sorts of trouble at 4/118 after 15.2 overs.

The Pakistan lower order was helped a lot by Hasan Ali (10 from 4 balls) and Usman Qadir (18 from 6 balls) who both found the boundary at key times. Along with Khushdil Shah (24 from 21 balls), Pakistan managed to get near a good total although it still looked about 20 runs short on what was a great batting pitch.

For Australia, it was the pace that was largely effective. Nathan Ellis was the clear standout with 4/28 and almost taking another international hattrick at one point. Ben Dwarshuis struggled a lot with his line and length going for 42 from only three overs. He proved just how important the left-arm pace of Mitchell Starc is for the T20 side.

Australia would need a great start to get near the 162 by Pakistan and that's exactly what they got.

14 came from the first over as Travis Head laid into Shaheen Afridi, he was also helped by four leg byes, but no one needs to mention that. The runs continued to flow for Travis Head in the next couple of overs. He put one of the rope and three into the rope making his way to 26 before he was caught from the bowling of Haris Rauf trying to put the ball well over mid-wicket.

The innings though would be a real test for Aaron Finch who would admit he is out of form. He wasn’t passed a decent score for the Aussies in 18 months largely staying in the side for his captaincy abilities.

Even Aaron Finch found the boundaries a couple of times as he and his partner Josh Inglis pushed the score to 63 in the powerplay. Josh Inglis was incredibly impressive once again cutting his first ball behind point and away to the rope. He has to stay in this side when the big guns get back from the IPL.

Josh Inglis smashed the ball all around the park making his way to 24 from 15 balls but eventually had to go after trying to drive but getting an edge through to the keeper. His innings though made sure Australia were in the prime position and needed less than seven per over from the 11 overs.

At the halfway mark Australia was easing towards victory with Aaron Finch even looking good hitting boundaries down the ground. With only 68 needed from 60 balls, it should’ve been smooth sailing for Australia.

It wasn’t completely smooth though with the first ball into the 11thover bringing the downfall of Marnus Labuschagne. Luckily though Marcus Stonis came in firing hitting three boundaries from his first four balls to bring the required rate to just a run a ball. He continued smashing the Pakistan attack getting to 23 from nine balls before he missed a straight one and lost his stumps.

Cam Green went in a very similar way to Marcus Stoinis but that was before the big story of the day. Aaron Finch brought up an international 50 finally it had been almost 18 months since his last. It wasn’t fast coming off 37 balls but will be worth plenty in confidence for when he leads Australia to the upcoming world cup.

Aaron Finch almost got the side home but was out trying to finish it with a six. His innings of 55 will secure his place until the World Cup at least, it was an innings of confidence from the Aussie skipper who had struggled over the last year.

Four were needed from the final over with Ben McDermott on strike and three wickets in hand. McDermott hit the first ball of the last over hard past fine leg and into the rope to make sure Australia would take the match comfortably.

The win wraps up a great tour of Pakistan by Australia their first of the country since 1998. The players loved the tour and hopefully, we see plenty more of it going forward.