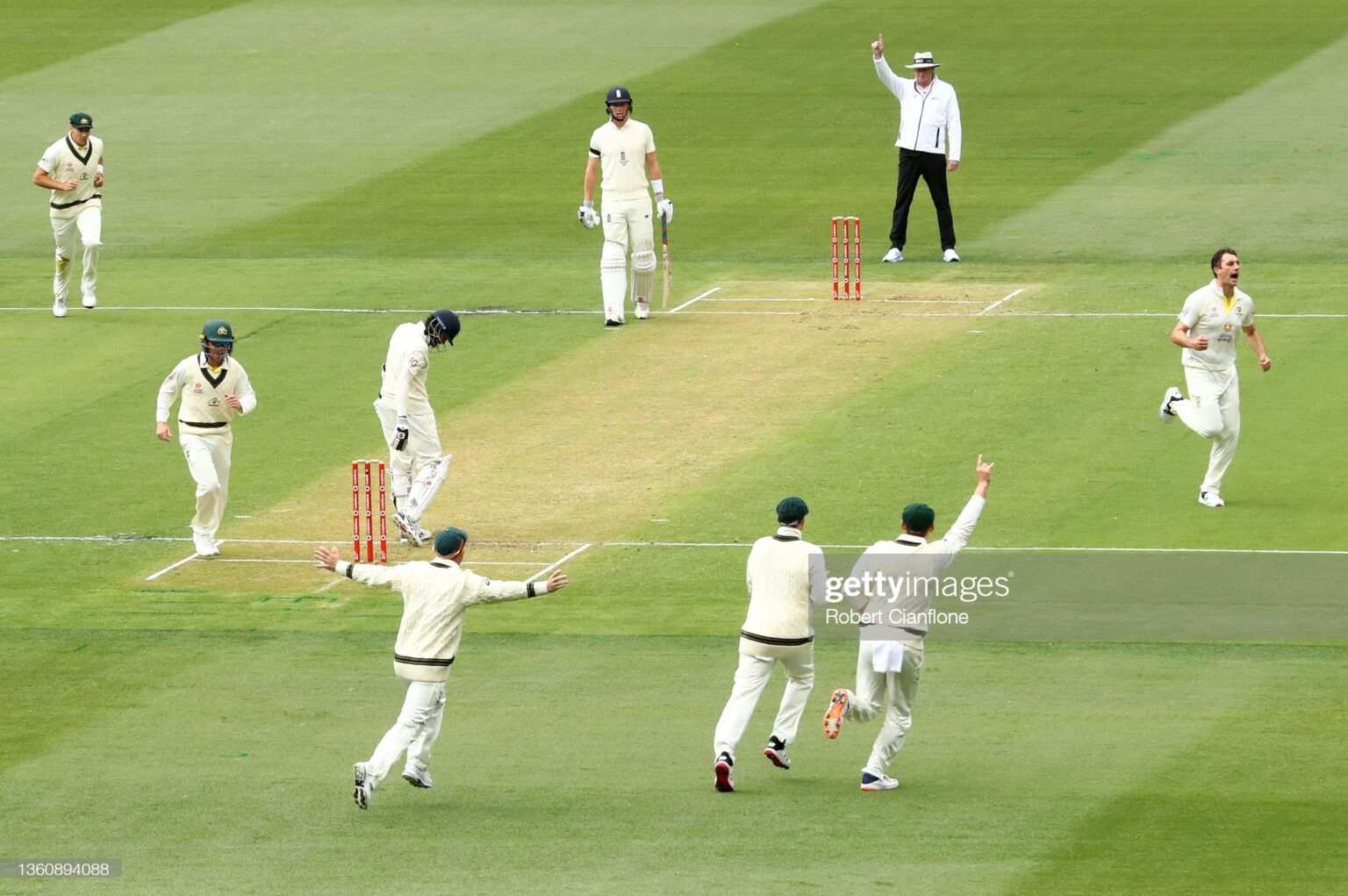 The Australians won the toss, and the day on the first day of the Boxing Day Test, as they rolled England for 185 on the way to a dominant performance.

The Australians won the toss, and the day on the first day of the Boxing Day Test, as they rolled England for 185 on the way to a dominant performance.

The Australian cricket team won the toss on the first morning of the Boxing Day Test and dominated the first day of the third Ashes test match, bowling England out for 185. David Warner was out late in the day, as Australia were 1/61 at stumps.

Captain Pat Cummins had a late present when he woke up, seeing overcast skies in Melbourne, and long grass on the pitch. He won the toss and elected to field, a statement for the bowling captain.

It wasn't long before the faith in himself and his team was vindicated with Cummins striking in his first over.

He followed it up with two more wickets by lunch, bringing Jonny Bairstow to the middle for the second session.

"We've got to get a bit stronger and tougher with our dismissals," Bairstow explained.

"We know that, we've spoken about that, and that is just being honest with ourselves. We need to keep doing that, we saw in that second innings in Adelaide that we batted for a period of time and put a lot on each of our wickets, and when it comes round to the second innings here, that's exactly what we'll have to do.

"When you've got guys that are still bowling 138km/h, 140km/h, it makes you make decisions a lot quicker, and that's part and parcel of the game, and they bowled well.

"We can come back in the morning and we can apply the same pressure that they applied to us early in that morning session tomorrow."

Bairstow was also optimistic that the English would be able to bounce back, noting that the conditions were difficult today, but that the same pitch is still in the centre of the ground.

"We're bowling on the same pitch they bowled on. We've seen this evening, David [Warner] came out and played some shots and applied pressure on our bowlers, but we turn up again in the morning.

"We've seen the pitch offer plenty throughout the day and hopefully we will be able to turn up in the morning... and look to put pressure on Harris and [Lyon] to get some early inroads."

Scott Boland was one of the stories of the lead up to the Boxing Day Test, as the debutant became the second Indigenous male to play Test cricket for Australia.

Boland, a Victorian stamped his papers for the side as Josh Hazelwood was unable to return from a side strain, and with a strong track record at the MCG with 91 wickets at 25.71 in first-class matches, more than Cummins and the rest of the Australian fast bowlers for the summer combined.

He was made to wait until his twelfth over before taking a wicket, and then further with a review before it was confirmed.

Boland said the moment had been thrilling, and the whole day had been a humbling experience.

"I'm obviously pretty proud, and my family is also very proud, and it means a lot to join a pretty small club, but hopefully it's the start of something big for the Indigenous community in cricket," Boland said.

"I hope I can be a role model for young indigenous kids to want to play cricket. The Indigenous community in AFL and rugby are so big, hopefully one day, the Aboriginals in cricket can be just as big.

"I was really excited when the finger went up, and the only thing I was doubting was maybe that it was bouncing over, but the guys behind the wicket were certain it was hitting the stumps.

"I was very confident it definitely hit pad first, and I was so happy, and all my teammates got around me which made it really special, and when I got down to the boundary the crowd was going nuts."

The Australians will resume at 1/61, with Nathan Lyon hoping to be the first nightwatchman since the first Indigenous male Test cricketer, Jason Gillespie, to make a double century, as he resumes on 0, with Harris on 20 at the other end.