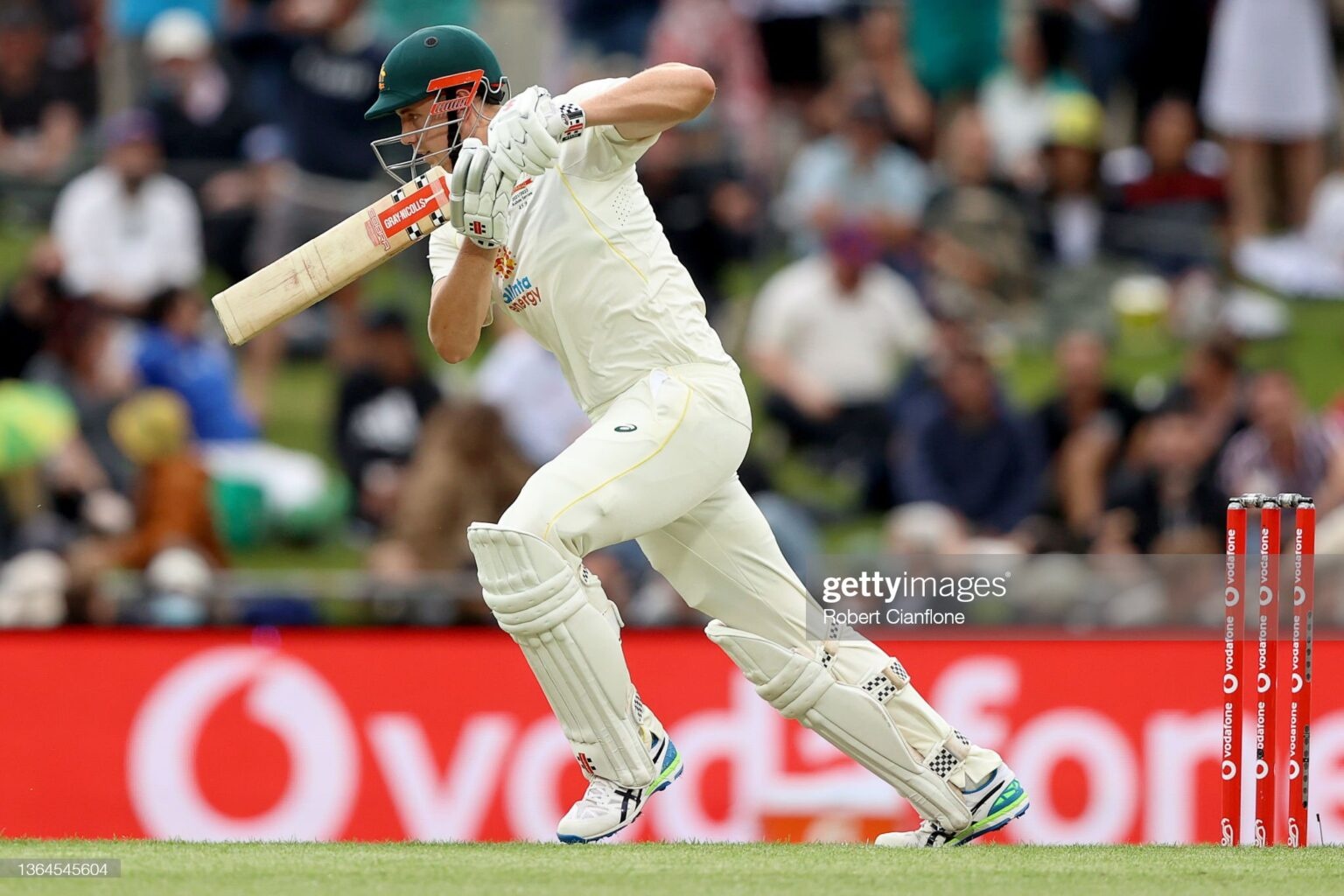 Australia misses more milestones as Pakistan comfortably gets to stumps

Australia miss more milestones as two more batters miss out on important centuries, Pakistan managing to bat out the end of the day.

Australia misses more milestones as Pakistan comfortably gets to stumps

Australia miss more milestones as two more batters miss out on important centuries, Pakistan managing to bat out the end of the day.

Yesterday it was Usman Khawaja and Steve Smith to miss out on centuries and today it was Cameron Green and Alex Carey who did the same. Pakistan finished the day behind in the game by 301 runs after two days.

The Australians began the day at 5/232 with the match able to go either way fortunately for Australia Pakistan couldn’t make a breakthrough with the Aussies pushing past 300.

The pair of Green (79) and Carey (67) scored quickly through the morning session first pushing past 250 and then 300 as both batters went past their half-centuries. The pair went to lunch with the score at 5/320 putting on almost 90 runs without losing a wicket.

Pakistan’s bowlers swing the ball from the very first one bowled, the reverse swing on this pitch is clearly there. The pitch is dry and corrosive helping the quicker men rough up one side while taking care of the other. The swing though wasn’t enough against Australia’s two newest batters.

Neither Green nor Carey have hit a century in their Test careers, green’s best coming against India during his maiden tour with Carey’s top score being 93 that came in the previous Test of this series.

Unfortunately, both batters couldn’t last too much longer after the break with the score on 341 runs Carey had to go. He played for no turn from Nauman Ali (1/77), but it spun past his inside edge and onto the back leg. Carey went upstairs for the review but there was no saving him with the ball hitting the middle stump halfway up.

The 79 from Cam Green was his best Test innings, 84 against India may have been a higher score but the way he batted to get Australia into a commanding position was a sign of a batter well beyond his years.

Cameron Green spoke about his innings and what goes through his head in the middle after play.

"I keep having thoughts going through my head in the middle, I need to keep working and get the thoughts out when I get close. Hopefully, it comes one day.

In the subcontinent, you don’t get caught behind as much, so I have to bat on leg stump and get used to that. If you do that in Australia you’re probably nicking behind a lot but here the ball mostly goes underground. It’s been a really good trip for learning."

The century will no doubt come, and Twitter today was littered with statistics about how Ricky Pointing averaged about the same as Green after the same number of innings. While he likely won’t become Ponting, Green needs to stay in this top six for as long as he is fit.

Four overs and only 12 runs later it was Cam Green to go as Naseem Shah (4/58) the 19-year-old wunderkind swung a ball sharply past the bat ripping the stumps out of the ground. From there it was a matter of when Australia was going to be bowled out.

"He bowled really well all day and got the ball to reverse all day. A lack of concentration after a long day, I felt the ball move away but it came back in." Cameron Green said about Naseem Shah after play.

Shaheen Afridi (4/79) and Naseem Shah proved that pace could be important on these wickets where pace wasn’t effective in the first two matches. Before this match, 55% of wickets had been taken by spin in this series.

The Aussie tail end only managed to put on an extra 38 between them with the innings coming to an end just as the tea break was taken. It meant that Australia would be bowling in what became almost a three-hour session.

Imam didn’t last much longer though getting out to Cummins in what was his second of four spells in the session. That though was the only wicket Australia could manage in the session.

Cameron Green spoke about Australia's tactics over the last couple of days and the plan for the next three.

While the ball did reverse from the Aussie pace bowlers it wasn’t sharp enough to really challenge the bowlers. The only real chance came to a ball that Steve Smith didn’t pick up as it almost dropped on his foot at first slip.

Tomorrow Australia will be looking to take further advantage of a swinging ball and a wicket that has been inconsistent for the spinners. Pakistan needs to simply bat and bat and bat, if they can get some kind of lead they really do set themselves up for a win in this deciding Test match.

Day three will begin tomorrow at 4 pm AEDT as both sides look to take the first-innings lead.