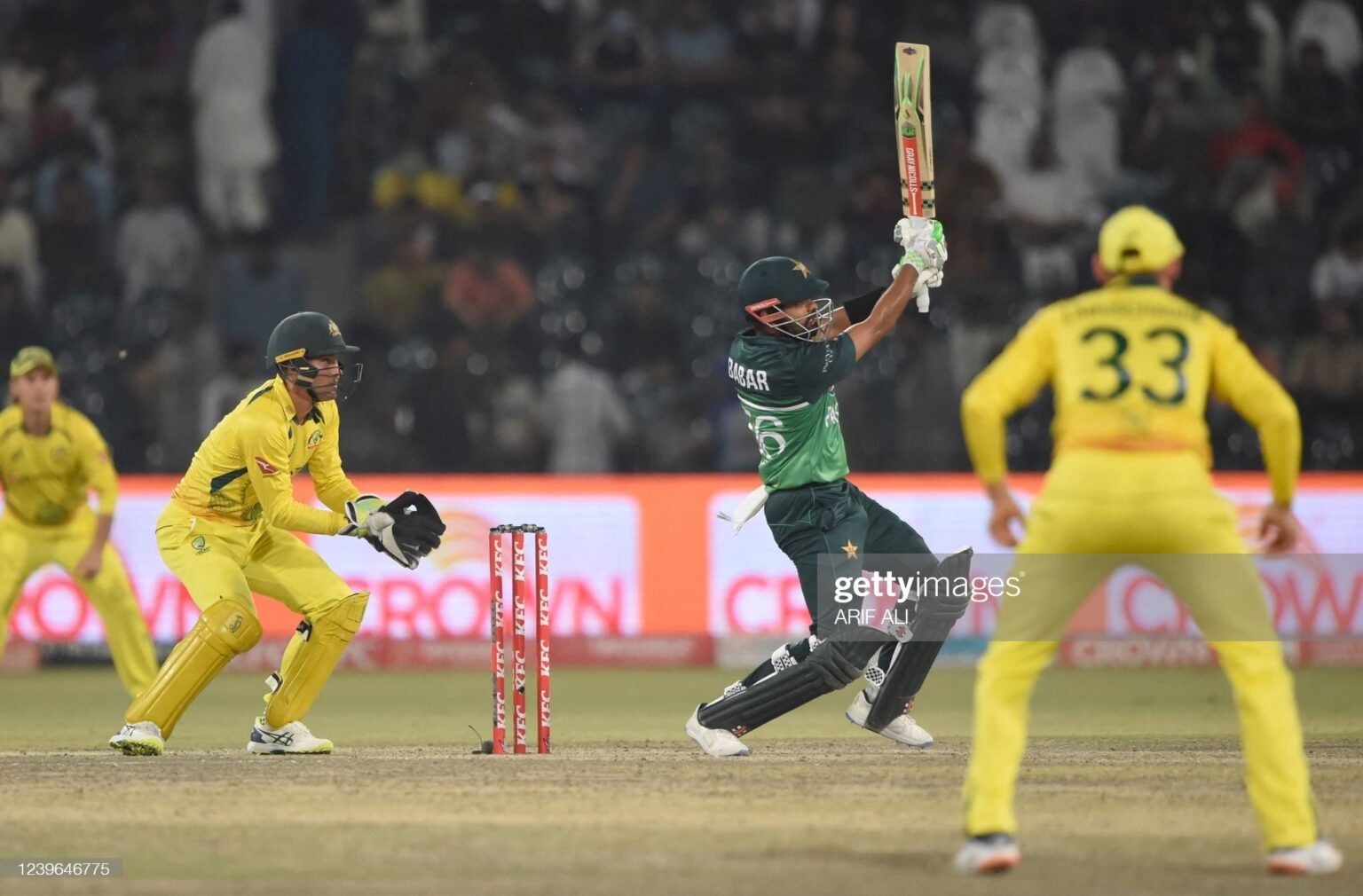 A brutal display by Pakistan has ensured Australia loses their first ODI series since late 2020. Another century to Babar Azam was the highlight

A brutal display by Pakistan has ensured Australia loses their first ODI series since late 2020. Another century to Babar Azam was the highlight

Australia loses their first ODI series since 2020 thanks to a great innings of 105 to Babar Azam. Australia only managed the wicket of Fakhar Zaman, but the bigger issue was the Aussies batters who only posted 210 before being bowled out.

For the third time in the series, Pakistan won the toss with Babar Azam choosing to bowl once again. It was a decision that paid off very quickly for Pakistan with Australia effectively falling away early and any chance of winning the series disappeared within the first 10 minutes of the innings.

Travis Head took the first ball of the innings and missed a full toss that dipped on him at the last minute. Aaron Finch went only balls later for another duck in the series, he is really struggling and needs a long break from this team. No surprise he had his front pad smashed off by the extra pace of Haris Rauf.

More wickets were to fall when Marnus Labuschagne edged a Haris Rauf ball to slip to put the Aussie score on 3/6. Australia was in serious trouble but thankfully Marcus Stoinis came to the crease to stop the rot, at least for a small amount of time.

Stoinis and Ben McDermott pumped the ball around the ground for a small amount of time. But eventually, after 19 from 19 balls, Stoinis had to go, getting a leading edge to Imam-ul-Haq at short cover. Only eight runs later Ben McDermott also went off the bowling of Mohammad Wasim hitting one straight to mid-wicket for 36.

The two quick wickets meant the Aussies were stuck at 5/67 after 15.2 overs. The game looked like it was getting away from Australia but thankfully Cameron Green and Alex Carey came together. And much like in the second Test of the series against Pakistan the pair stuck together for a key partnership.

Carey and Green hit the ball around and importantly rotated singles for the best partnership of the Aussie Innings. Carey was looking good going over cover but just as he passed 560 Green was bowled trying to pull a good length ball over mid-wicket. Carey was then out only an over later to the part-time spin of Iftikhar Ahmed.

Sean Abbott provided some great runs towards the end of the innings, in fact, the final partnership was 44 with Adam Zampa scoring none of them. Abbott managed to get the Aussies to a decent total of 210 but against a good Pakistan side, it was never going to be enough.

Australia needed to come out hard and fast to take early wickets but that just wasn’t the way the game was going to play out. Fakhar Zaman and Imam-ul-Haq made bulk runs early before a wicket was taken in the fourth over. Nathan Ellis bowled a good length ball that was clipped to mid-on for a relatively easy catch to Marnus Labuschagne.

From there though Pakistan completely bossed the game taking all of the life out of the Australian bowling. The pair pushed to 50 within nine overs before 57 were taken from the first powerplay.

The pair then continued towards the drinks break going to 967 from 16 overs with Babar Azam taking in lead in terms of run-scoring. Both men got into the spinners dispatching them over mid-wicket for a couple of big sixes.

The wicket then appeared to slow down ever so slightly with the pair then happy to push the ball around for mostly singles. Most bowlers didn’t bowl terrible only Cam Green and Nathan Ellis (who was also the only wicket-taker) went for more than six per over, the bigger issue was a lack of effort or energy from the Australians. Both batters continued their stellar ODI records bringing up 50s in quick succession.

The partnership then passed 150 with only 34 needed from the last 19 overs. The game just drifted on with both teams knowing where the result would go. One highlight though was Babar Azam bringing up yet another ODI century, he really is making a case for being the best ODI batter of all time.

Australia finished off the rest of the innings without any energy and both Babar and Imam pushed singles around the ground. There is plenty to take away for the Aussies but mostly it’s how important their first choice team is.

The teams will now move on to the lone T20 in the series in a couple of days' time.