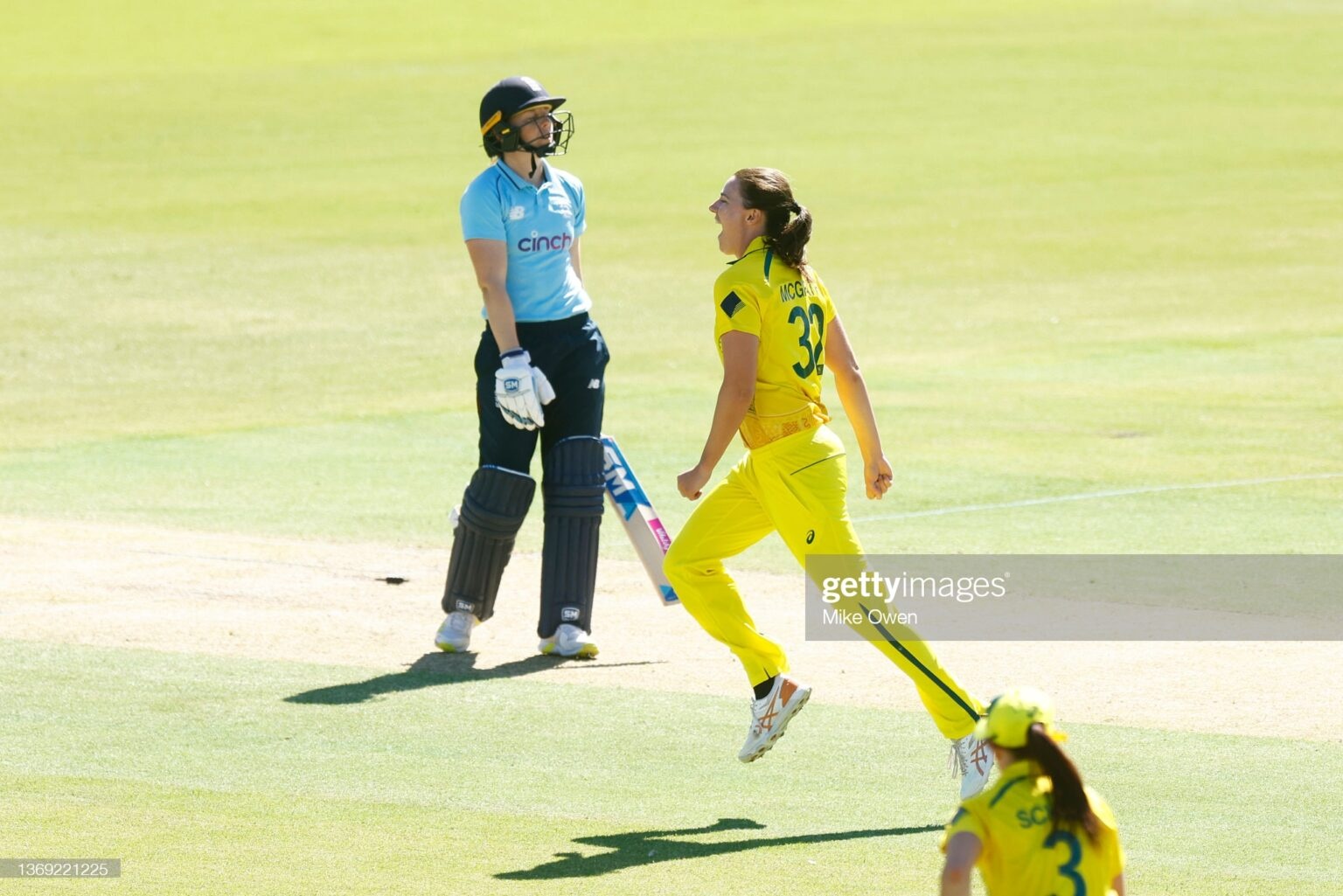 Australia has thumped England by eight wickets to finish an unbeaten summer in the Women's Ashes, as attention turns to the World Cup next month.

Australia has thumped England by eight wickets to finish an unbeaten summer in the Women's Ashes, as attention turns to the World Cup next month.

Australia has thumped England by eight wickets to close out an undefeated Ashes campaign and show strong form for the coming ODI World Cup.

England won the toss, with Heather Knight electing to set a total for the Australians, but debutant Emma Lamb was off to a bad start. On the second ball of her ODI career, Ellyse Perry knocked her off stump back and sent her on her way.

While Tammy Beaumont and Heather Knight started to occupy the crease, Tahlia McGrath managed to knock Knight's stumps over to, dismissing the English captain for nine from 24 deliveries.

As Nat Sciver and Tammy Beaumont dug in, it appeared that England might be putting together a challenge for Australia, but the English duo continued to score slowly, lasting 26 overs, but putting only 88 runs on the board.

Beaumont brought up a strong half century, but was dismissed without adding to her total, as she holed out off Alana King for 50.

The wicket of Beaumont would prove crucial, as England collapsed in a now-familiar fashion.

Freya Davies was the last wicket to fall, dismissed for one, and by that point England had lost 8/56, with Annabel Sutherland taking a career-best 4/31 and Megan Schutt two wickets of her own.

With England setting a total of just 163, Australia was in no rush to chase down the runs in an aggressive and callous manner.

AUSTRALIA CANTER PAST ENGLAND IN ODI AFTER RETAINING ASHES

ANALYSING WHICH AUSTRALIANS WILL BE PICKED UP IN THE IPL AUCTION

Alyssa Healy and Rachael Haynes started strongly, taking the first 16 overs for 75 runs, although they were lucky to last that long after Amy Jones grassed a relatively straightforward chance from Healy.

Eventually, Healy holed out on 42, and Haynes followed the next over with 31 from 46 balls.

It brought Perry and Australian captain Meg Lanning to the crease, needing 90 from 33 overs.

And from there, it was all one-way traffic, as Lanning piled on 57 from 70 balls, while Perry cashed in with 31 from 46. It was the duo's 15th partnership of more than 50 runs in just 26 innings batting together.

Lanning ended the series in brilliant fashion, with a monstrous six to end the summer of dominance for Australia.

Tahlia McGrath spoke to the media after being named Player of the Series, an honour she also won in the series against India earlier in the summer.

"I'm just loving contributing to the team," McGrath said. "If you look around the team, it's full of stars, and someone different stands up every time.

"I'm enjoying my cricket at the moment, and hopefully we've got a big World Cup coming up."

McGrath was also quizzed about her yorker to dismiss Heather Knight earlier in the day.

"They've been coming out alright. Not all of them are intentional, that's what the team asks me when I bowl them.

"Today I'll say it was, it may or may not have been. I have been working on the yorker a fair bit, and it's been having success this tour. It's a good changeup to have, and it's fun to bowl."

"It's something we talked about a lot," she explained.

"Not just retaining the Ashes, but winning them outright and then it was about not letting England in at all."

McGrath is now set to make her debut in the World Cup coming up in a few weeks. After a few close shaves, she is excited to have cemented her place in the side.

"I'm stoked. I've never been to a World Cup before.

"I've been a standby player for about three, so this has been a tournament I've thought about for a long time and I can't wait to get on that plane to New Zealand and get stuck into it."

With the result today, Australia has retained the Ashes against England, with a score of 12-4 over the course of the multi-format series.