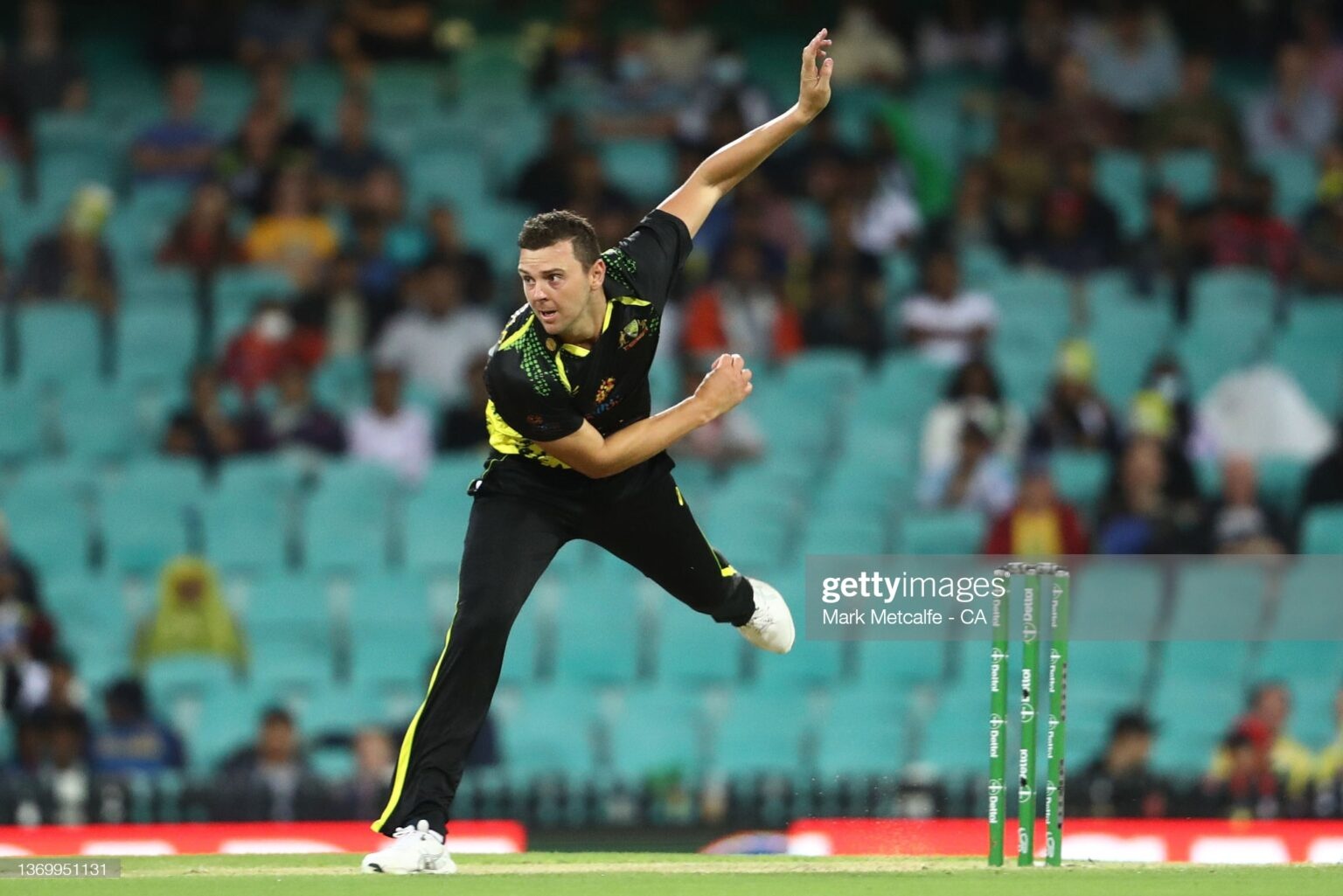 Australia bowled well to defend a moderate target in a wet T20 clash against Sri Lanka, coming away with a 20 run win on the DLS method.

Australia bowled well to defend a moderate target in a wet T20 clash against Sri Lanka, coming away with a 20 run win on the DLS method.

Australia has reminded Sri Lanka and the world of how they became World T20 Champions with a 20 run win at the Sydney Cricket Ground.

Ben McDermott continued his strong Big Bash form with a half century for Australia to open up the match.

His batting partner and captain Aaron Finch was less prolific, managing just eight before he was bowled. Josh Inglis came to the crease on debut, and quickly formed a partnership with McDermott, taking the score to 80 from the first ten overs before he was dismissed for 23.

Inglis' fall marked a stuttering point for the Australian innings, as from there, wickets fell regularly, and Australia never quite captured the run rate of the first ten overs.

First Glenn Maxwell, and then Steve Smith and McDermott fell in quick succession, and Australia was suddenly at 5/107 and struggling.

Another mini-collapse came shortly after, as between Matthew Wade's wicket and Pat Cummins' dismissal, the Australians lost 4/4 in eight balls.

In the end, Josh Hazlewood and Adam Zampa guided Australia to a total of 9/149, setting the scene of what was to come.

The Sri Lankan innings got off to a tough start, as Danushka Gunathilaka was dismissed by Josh Hazlewood in the second over.

Rain threatened throughout the innings, but Avishka Fernando did not, falling to Pat Cummins for six in the fourth over.

Pathun Nissanka and Charith Asalanka were building a partnership, and starting to look a threat to the Australians, before both holed out to Adam Zampa in the space of a single over, wrecking all momentum that the pair had built up.

As the rain continued to threaten, the Sri Lankans set apart rebuilding the innings, but Zampa struck again in his final over, removing Wanindu Hasaranga for 13, and leaving Sri Lanka at 5/89.

The next over, Josh Hazlewood made it 6/89 as he dismissed Dasun Shanaka, and then Chamika Karunatne in the same over, leaving the Sri Lankans in tatters.

From 7/90, it would always be an uphill battle. The rain made it more difficult, as two overs were lost for another short rain break, and the Duckworth-Lewis score came into play.

In the end, Sri Lanka pushed on, but Hazlewood's fourth wicket, taking Dushmantha Chameera put a bow on the innings, and the Duckworth Lewis par out of reach.

The concern for the Sri Lankans will be the number of players who holed out in the deep, failing to consider the larger Australian grounds and not running well between wickets.

The second T20 international will take place on Sunday February 13 at the Sydney Cricket Ground.