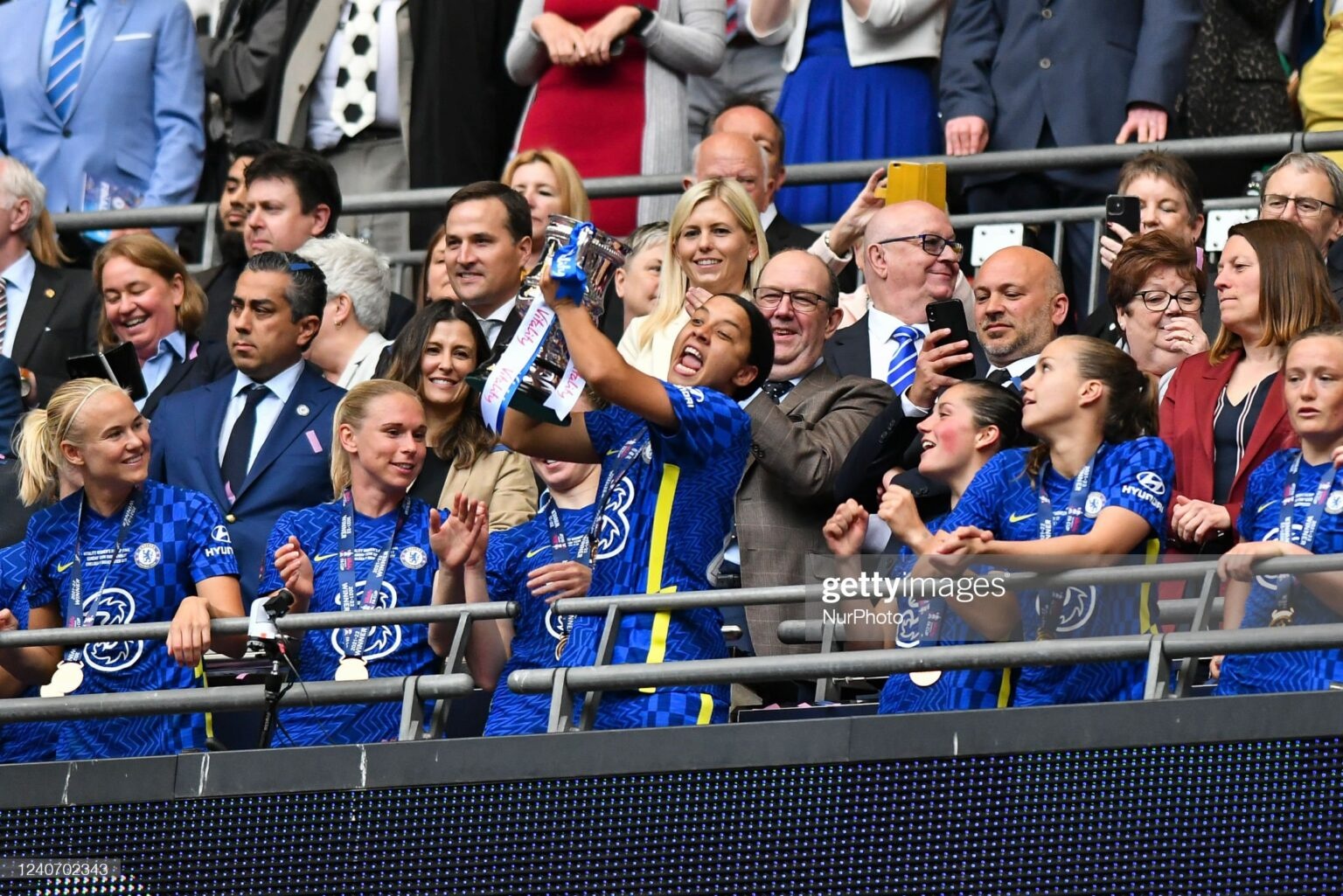 As we near the end of the European football season, winner’s medals are being handed out, and cup finals are being played. And, of course, there are Aussies involved in all of it. So let’s cast our eye across the continent of Europe and see how our Aussies are faring in this week's Aussies Abroad.

The only place to start this week is in England. Wembley specifically. As much as I would love to use this column to wax lyrical about my beloved Liverpool FC, I can’t. That’s because we need to talk about Sam Kerr and her performance for Chelsea in the FA Cup final against Manchester City.

Arguably the best female footballer in the world, Kerr made this final all about her with a match-winning two-goal performance. It was Kerr’s second two-goal FA Cup final, matching her performance in the 2021 final. She opened the scoring in the 33rd minute before scoring the winner in extra time to secure the double for Chelsea. Kerr had this to say post-match:

“The double, it’s amazing. It’s an amazing feeling to be part of this club - it’s the best club in the world, and I’m just so proud. It’s been an incredible ride.”

On the losing side, Hayley Raso was also instrumental off the bench for Manchester City. The Matilda scored the goal that took the match to extra time with a tidy finish. It wasn’t to be for Raso and her City teammates as they succumbed to the brilliance of Sam Kerr.

After securing the league title last week, it was party time for Celtic on the final day of the season. They welcomed Motherwell to Celtic Park and absolutely battered them 6-0.

Tom Rogic started the match in midfield in an emotional one for the Aussie. Celtic announced in the build-up to this game that Rogic would explore new opportunities and leave the Glasgow club at the end of this season. Affectionately known as the‘Wizard of Oz’by Celtic fans, the Bhoys fans gave him a standing ovation at the 18th minute. They gave him another when he got taken off just after the hour mark. Following the match, he had these comments to make:

“It has been a privilege to play for the Celtic supporters, the best in football I have ever experienced, and the great times I have been part of will stay with me forever. While I am so sad to leave, I feel so proud to be part of a team that has delivered the title again for our fans. The club is in a great position, and I know the manager will take the club on and deliver more and more success. Celtic will always be in my heart and part of my life, and I wish the club and our fans nothing but success for the future.”

It was not as fond of a finish to the season for our other Aussies playing in Scotland. Cameron Devlin and Nat Atkinson split 45 minutes each as Rangers thumped Hearts in front of their home fans. The Jam Tarts still finished the Scottish Premiership in third place, albeit some ways off of the two Glasgow clubs.

Ajdin Hrustic played half an hour as Eintracht Frankfurt finished up their Bundesliga season with a 2-2 draw against Mainz. There was some heavy rotation forDie Adleras they clearly had one eye on their upcoming UEFA Europa League final against Rangers.

FC St. Pauli recorded a 2-0 victory over Fortuna Dusseldorf on the ultimate day of the 2.Bundesliga season. Unfortunately forKiezkicker,it was not enough to secure a promotion playoff place. They will spend next season in the 2.Bundesliga once again. Jackson Irvine played the full 90 minutes in midfield for St. Pauli in the last match of the season. A fellow Aussie will join Irvine next season. Melbourne City defensive midfielder Connor Metcalfe is poised to join the German club at the end of the current A-League finals campaign.

AUSSIES ABROAD: GIANNI STENSNESS FROM THE A-LEAGUE TO THE ELITESERIEN

Aziz Behich missed Giresunspor’s last home league fixture of the season as he was serving a suspension. The match saw the home side draw 1-1 with Istanbul Basaksehir. They finish their season next weekend against Hatayspor, with Behich almost certain to return to the starting lineup.

Joel King and Odense Boldklub are having a bold run to finish their season. A 1-1 draw with SønderjyskE sees OB still in the hunt for European qualification. The Aussie left-back played the full 90 minutes and was integral to OB’s fightback to get a point from the match. Odense needs nothing less than a victory to secure a place in the UEFA competition next season as they face Vejle.

Odense also has a Danish Cup final to look forward to. De Stribede will face FC Midtjylland in the last match of the Danish footballing season. All of Australia will have their fingers crossed that Joel King and the boys can upset the odds and lift the trophy.

Viking FK took top place in the Norwegian Eliteserien with a comfortable 3-0 victory over 10 man FC Jerv. Aussie centre back Gianni Stensness played the whole 90 minutes as Stavanger kept a clean sheet, picking up a yellow card along the way. Since his move to Norway, Gianni has been an integral piece of De Mørkeblå’s defensive line. He will eye another clean sheet when Viking faces Tromso next weekend.