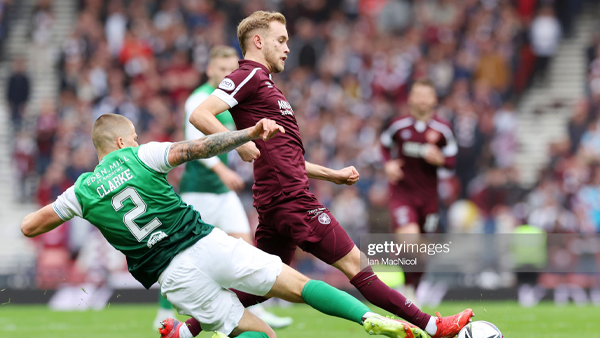 Aussies Abroad: The joy and despair of Cup football

From FA Cup semi-finals in Scotland to top-of-the-table tussles in France and Germany, Australian footballers have had a big week in European fixtures.

Aussies Abroad: The joy and despair of Cup football

From FA Cup semi-finals in Scotland to top-of-the-table tussles in France and Germany, Australian footballers have had a big week in European fixtures.

It’s that time of the week again! That’s right, it’s time to run the rule over our Socceroos stars and hopefuls plying their trade in Europe. And what a big week it has been.

From the highs and lows of the FA Cup semi-finals in Scotland to top-of-the-table tussles in the second flight of both France and Germany, we’ve got the lot covered. Let’s dive straight into it.

Let’s start in Scotland where there was a real mixed bag of results for our Aussies abroad.

We’ll start with Celtic and Tom Rogic. It was heartbreak for the veteran Aussie midfielder as his side went down in extra time to great rival Rangers at Hampden Park. Rogic was given 60 minutes in The Cup, but couldn’t repeat his heroics from the league fixture a couple of weeks ago. An own goal in extra time consigned Ange Postecoglou’s Celtic side to a 2-1 defeat.

It was the other side of the coin for a couple of Aussies playing for Hearts as they defeated Hibernian 2-1. Nathaniel Atkinson played the full 90 in midfield as opposed to his usual full-back position. Compatriot Cameron Devlin got some junk time minutes at the end of the match as Hearts secured their third FA Cup final appearance in four years.

We’ll stay in the UK as we look at some of the Aussies taking part at several levels in the English footballing pyramid.

The first cab off the rank is Riley McGree, who continued his return from injury as he played the full 90 minutes against Huddersfield. It was a crushing 2-0 defeat for the Boro. The defeat leaves Middlesbrough FCs’ promotion chances dangling by a thread with just a few league games remaining.

Sheffield Wednesday is sweating on the fitness of Aussie Massimo Luongo. After playing a starring role in the Owls' midfield recently, Luongo missed the club’s 3-2 victory over MK Dons and is a doubt to line up against Crewe Alexandra as we go to press. Wednesday remains one point outside of the playoff spots with four fixtures remaining.

Bailey Wright played the full 90 minutes and wore the captains’ armband for Sunderland on Good Friday as the side defeated Shrewsbury Town 3-2. He played the full 90 again as the Black Cats got a hard-fought point away to Plymouth Argyle.

That pair of results leaves Wrights Sunderland one point ahead of Luongo’s Sheffield Wednesday.

We did not crown Denis Genreau and his Toulouse side champions of Ligue 2 this past weekend as many of us expected them to be. Genreau came on in the 60th minute as Les Violets did their part and recorded a 2-0 victory over Quevilly-Roven.

Denis Genreau’s attacking thrust from the midfield was crucial to breaking the deadlocked fixture. Title rivals Ajaccio recorded a 3-0 victory over Dijon FC to keep the pressure on Toulouse with five league fixtures remaining.

Both sides have midweek fixtures, and any dropped points from Ajaccio will giveLes Violetsthe opportunity to seal the title when they face Sochaux.

Socceroos defender Aziz Behich played the full 90 minutes as Giresunspor secured a huge 0-0 result over Besiktas. The hosts were arguably the better side despite the result.

After a tough start to the season, an undefeated month of fixtures has almost guaranteed Çotanaklar Super Lig football next season.

Awer Mabil, unfortunately, didn’t make it off the bench for Kasimpasa. Apaçiler secured an easy 4-0 victory over Adana Demirspor.

The young Aussie will hope to return to first-team action in their next fixture against Besiktas.

Ajdin Hrustic felt both ends of the footballing spectrum this week. He was part of the Eintracht Frankfurt side that dumped Barcelona out of the Europa League. Hrustic played 20 minutes in that fixture as the German side recorded a famous 3-2 victory over Spanish footballing royalty.

That good feeling was fleeting, though. Just a few days later, Frankfurt headed to the capital to face Union Berlin in league action. Die Diva vom Maincame crashing back down to earth as the side fell to a 2-0 defeat againstDie Eisernen. Hrustic started and played for an hour before being substituted.

In 2.Bundesliga action, Jackson Irvine and his FC St. Pauli side squandered a terrific opportunity to return to the top of the German second division table, finishing in a 1-1 draw with SV Sandhausen. Irvine was the star for Kiezkickeras he terrorised the home defence, playing the full 90 minutes.

Our last stop is to check on a couple of Aussies playing in the top Scandinavian leagues.

Centre-back Gianni Stensness played the full 90 minutes for Viking FK as the club fell to a late defeat against Odds BK. After his side had scored an 88th-minute equaliser, Viking FK fans thought De Mørkeblå had secured a famous last point. That was until Odds BK broke FK hearts as they scored a 95th-minute winner.

The result leaves Stensness and his side sitting fifth in the Norwegian Eliteserien after three fixtures.

Aussie left-back Joel King has unfortunately not added to his appearances for Odense Boldklub in the Danish Superligaen. His side has won one and drawn the other fixture whilst the Shell Cove native has warmed the bench in the relegation round phase of Denmark’s top tier.

The good news is De Stribede is sitting comfortably in second place, comfortably out of the relegation conversation.