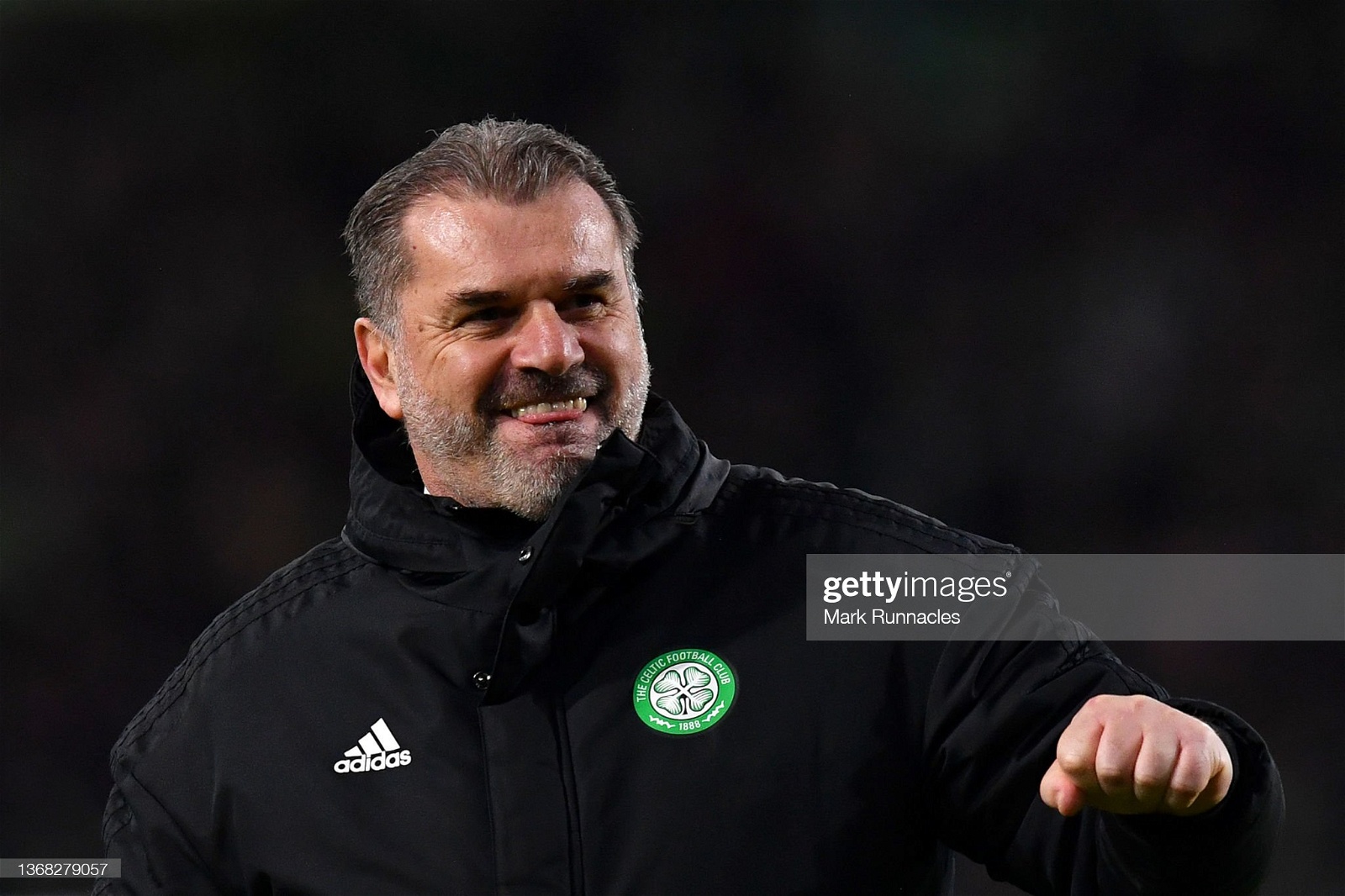 Celtic FC won the Scottish league title on the weekend. At the helm of the footballing program was none other than Australia's very own Ange Postecoglou.

Celtic FC won the Scottish league title on the weekend. At the helm of the footballing program was none other than Australia's very own Ange Postecoglou.

When the whistle blew on a 4-1 victory at Celtic Park this past weekend, the home fans erupted. After missing out on ten straight titles last season after being denied by arch rivals Rangers,The Bhoyswill reclaim their rightful place at the summit of Scottish football. At the helm of the program is none other than Australia's very own Ange Postecoglou.

For the longest time, this didn’t seem like the foregone conclusion it has turned out to be. The postseason for Celtic was a tumultuous one. John Kennedy had taken over as a caretaker manager in the dying embers of the ill-feted 2020/21 campaign after Neil Lennon had resigned.

The Celtic board-eyed English gaffer Eddie Howe as their ideal choice to take the reins. Fortunately for Ange Postecoglou and the club, talks with the now-Newcastle boss broke down.

The 55-year-old Aussie was announced as the new man in the Celtic hot seat on June 10, 2021. It’s safe to say the natives were skeptical. Despite being highly touted in the southern hemisphere, they eyed his lack of achievement as a weakness in one hotbed of European football.

On reflection, I am sure that the faithful at Celtic Park will admit that was a little short-sighted. That’s because Postecoglou is a trophy magnet. The Aussie has brought success to almost every club that has had the privilege of having him sit in their dugout.

It all started in the nineties when he took the top job at NSL club South Melbourne. As well as back-to-back league titles, he also took South Melbourne to the Oceania Club Championship (the precursor to the OFC Champions League). He stood down as gaffer of South Melbourne following his appointment to the Australian national youth setup.

His tenure in charge of the Australian ended when Australia failed to qualify for the U-20 World Cup. That failure led to his infamous on-air clash with Australian soccer pundit Craig Foster.

After coaching in the Greek third division for a brief spell, he returned to top tier management in an extremely successful spell with Brisbane Roar in the A-League Men.

Ange sold most of the squad upon his arrival in Queensland and eventually built a side that would become the first ever back-to-back A-League Men's champions. They would do the Premiership/Championship double in 2010/11, before winning the Championship the following season.

That would solidify Postecoglou as the most successful manager to coach in Australia with four titles.

AUSSIES ABROAD: MORE GOALS FOR MCGREE AND ROGIC NOMINATED FOR AN AWARD

BACK TO THE NATIONAL SETUP

A spell at Melbourne Victory followed his spell in Brisbane, before Ange returned to the Australian national setup. This time, it was the top job as he replaced Holger Osieck as the head of the senior national squad.

He led the side to a respectable third place finish in a tough group at the 2014 FIFA World Cup. Australia won its first ever Asian Cup under Ange, defeating South Korea 2-1 in extra time at Stadium Australia in Sydney in 2015.

Right after securing Australia’s place at the 2018 FIFA World Cup in Russia, he left his role as the Australian boss in sensational circumstances. He cited the toll the job had taken on him "both physically and personally" as his reasons.

The following month, Yokohama F. Marinos appointed him as head coach of their J-league side. After the initial rough patch, including a dalliance with relegation, things came well for the Aussie legend.

The faith that was put in him by the board of the Japanese club paid off when he led Marinos to their first league title in 15 years. It was at that point the biggest clubs in the world couldn’t ignore his body of work. And few are bigger than Celtic.

The Scottish title is confirmation that his particular style of management works. And it works in arguably one of the most hostile environments in world football. And next season he will test himself at the highest level of club football possible, the UEFA Champions League. You’d be brave to bet against him.

The effects of his success will not only benefit Aussie Ange. The mere presence of an Australian manager will surely open doors for other Aussies, hoping to make it at the upper echelon of club football. And let’s make no mistake about it, there are plenty of up-and-coming Aussie coaches ready to grasp this opportunity.

From current Juventus Woman’s head coach Joe Montemurro to Kevin Muscat, who replaced Ange Postecoglou as manager of Yokohama F. Marinos, the talent is there, and with Ange Postecoglou’s success, the door is now open for them.