Atlanta: Charting The Rise Of The Stars On The Most Original Show On TV

The brainchild of Donald and Stephen Glover, Atlanta, has transcended television since its debut in 2016. Consistently lauded as one of the funniest, most irreverent, and original shows on TV. It also has worked as a vehicle to launch the careers of the main cast to the superstar level. 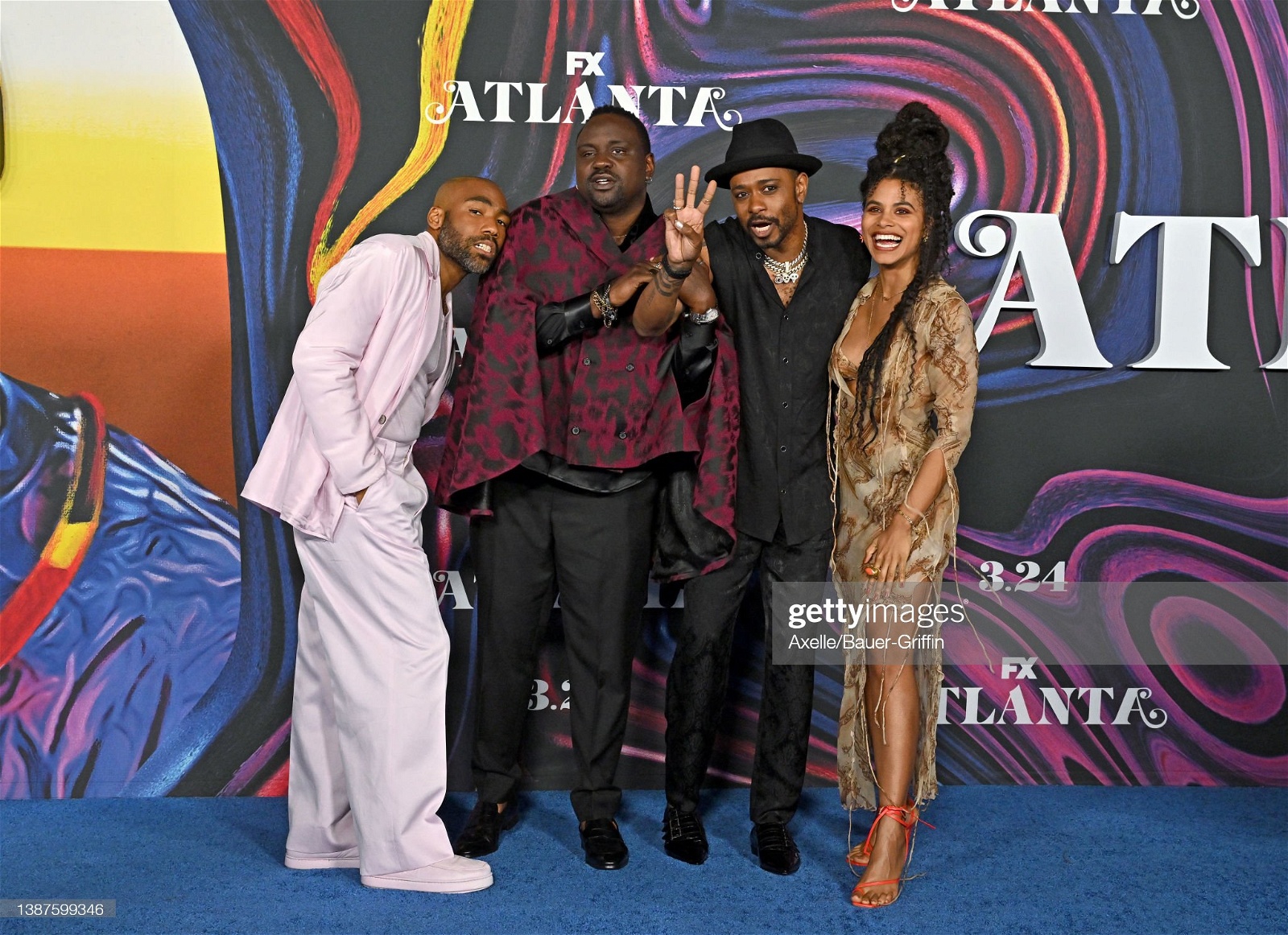 The brainchild of Donald and Stephen Glover,Atlanta, has transcended television since its debut in 2016. Consistently lauded as one of the funniest, most irreverent, and original shows on TV. It also has worked as a vehicle to launch the careers of the main cast to the superstar level.

Season three sawAtlantareally swing for the fences in terms of creativity. It followed a pattern of one on, one-off for the main cast, with the intertwining episodes telling an anthology story. The post-credits scene in the finale sowed the seeds of the anthology stories and the main cast colliding during Atlanta's fourth and final season. Love it or hate it, The Glover brother'sshow has solidified its place as the most original show on television right now.

The fact it has only won 5 of the 22 Emmy Awards they have nominated it for is barely believable. Donald Glover’s win for‘Outstanding Lead Actor In a Comedy’in 2017 and Katt Williams winning in 2018 for best Guest Actor in a comedy remain the show’s only camera-facing award wins. Let’s look at why this is a crime by inspecting the four chief actors and their career trajectory since Atlanta.

Arguably the best known of the cast when the show began, Donald Glover created the show alongside brother Stephen Glover. He plays the role of Earn Marks, Paper Bois’ cousin and, eventually, his manager.

He was already well known for his performance as Troy Barnes on the cult comedy hit ‘Community’. People also recognised him as rapper/musician Childish Gambino. His career has launched into another stratosphere since the debut of Atlanta.

And it is not just Donald Glover who has experienced some career growth. Glover’s character, Earn Marks, started the show as a bit of a no-hoper. A college dropout and down on his luck, season one ends with Earn living in a storage facility. Season three has seen him touring Europe as Paper Boi’s manager.

Glover, one of the foremost multi-talented artists of our time, will be seen next in the Amazon Studios remake of'Mr.and MrsSmith'alongside Maya Erskine.

Brian Tyree Henry had a bunch of guest appearances on shows such as‘Law & Order’and‘The Good Wife’when he showed up on our screens as Paper Boi. He was probably more well-known to fans of the stage at this point. His biggest acting credit was as a part of the original cast of the‘Book of Mormonon Broadway.

Since that fateful casting in 2016, Tyree Henry has become one of the world's most lauded small screen actors. He has received multiple Prime Time Emmy nominations. One for his turn as Paper Boi in Atlanta and one for a guest spot he did on the NBC series This Is Us. He even returned to the stage, receiving a Best Featured Actor Tony Award nomination in the Broadway revival of the fantastic Lobby Hero.

His career took the next step to the big screen in 2018. After having a few leading roles, he hit pay dirt with his turn as Miles Morales’s police officer Dad in ‘Into The Spiderverse’. It has progressed with roles in‘Joker’, ‘Godzilla vs Kong', and finally into the MCU as Phastos in‘The Eternals’.

Lakeith Stanfield had been acting for quite some time before he appeared on our screens as Darius. He made his debut in an independent film called Short Term 12 alongside Brie Larson. I can’t profess to having ever seen this movie, but its audience rating on Rotten Tomatoes speaks for itself at a whopping 98% fresh. The film won a slew of awards around the United States, 24 in total out of 51 nominations across the country. Just prior to his turn as Darius in Atlanta, Lakeith played none other than Snoop Dogg in the critically acclaimedStraight Outta Compton.

The Darius character is one of the most loved in the series. A free thinker, wise beyond his years, Darius is the group's spiritual leader. He consistently has the best lines in the show, the best scenes, and sometimes the best episodes. Who can forget the infamous Teddy Perkins episode from season two?

Since Atlanta, Stanfield has become one of the most sought-after actors in the game. He has had some iconic roles in recent memory on the big screen, from‘Get Out’to‘Uncut Gems’. He took his CV to the next level in 2019, earning an Oscar nomination for Best Supporting Actor in‘Judas and The Black Messiah’.

The next character for Lakeith to disappear into will be Ben in the family comedy'The Haunted Mansion'alongside Owen Wilson and Rosario Dawson. Currently, in post-production, it is due out in 2023.

The acting bug just wouldn’t go away, however, and she would start appearing in low-budget short films and extra roles as she tried to break into the industry. In her own words, she was “broke and waiting tables”

Her breakthrough would come in Atlanta, where Beetz stars as Van. Mother of Lottie and Earns sometimes girlfriend. She would steal the show with her nuanced performance, earring a Prime Time Emmy nomination for Outstanding Supporting Actress.

At first glance, it might seem that her role had been diminished in season three of the critically acclaimed show. I disagree. Sometimes less is more. Although her screen time was down on previous seasons, as a viewer, you were always acutely aware that something was not right with Van. That paid off beautifully in the last episode when we saw the full scope of Vans’ breakdown. She starred asAtlanta’sAmelie and could well be on her way to another Emmy nomination.

Beetz is building an impressive resume on the big screen too. She has landed roles inDeadpool 2, Joker,andNine Days.She will star opposite Brad Pitt in the upcoming action-comedy Bullet Train, due out later this year.