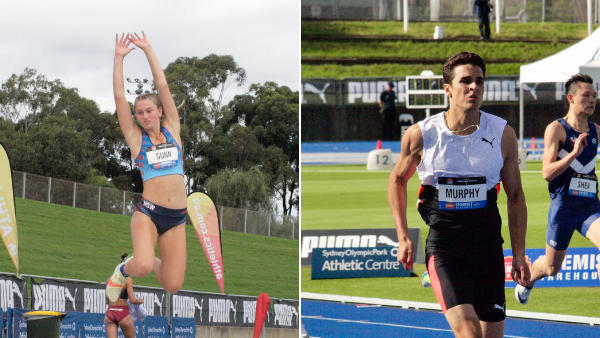 Australia has named 60 athletes for the Athletics World Junior Championships in Cali, Columbia later this year, headlined by 27 champions.

Australia has named 60 athletes for the Athletics World Junior Championships in Cali, Columbia later this year, headlined by 27 champions.

The Australian team for the World Junior Championships for Athletics in Cali, Columbia has been named this week, with multiple national champions among the 60-athlete team.

Headlining the 60 athlete team are Aidan Murphy, who is the current Australian champion over 200m, andTorrie Lewis, who has become a star over the course of this season. Both athletes have raced in the open divisions throughout the season, with strong success.

The 60-athlete team, which is the largest that Australia has ever named for the World u20 Championships, boasts 27 u20 national champions, putting them in strong form for the Championships.

Other big stars on the team include Ellie Beer, who competed at Tokyo 2020 in the 4x400m relay team, and Olivia Sandery and Alanna Peart, both of whom have recently competed internationally at the World Athletics Race Walking Team Championships earlier this year, where they took home silver.

18-year-old Triple jumper Aiden Hinson was among those selected to the Australian u20 team in 2021, who could not compete due to COVID-19. Hinson said he was beaming with the excitement, after waiting more than a year to make his international debut.

“With Australia not sending a team to World Juniors and battling through the lockdowns last year, it pushed my work ethic harder," he said.

"It’s been so long since I got my first world junior qualifier and the extra time has helped me in preparing physically and mentally for such a big event. I can’t wait to experience wearing the Australian uniform and doing my country, my parents and all my supporters proud."

Also among the 19 athletes selected in the 2021 team that never had the chance to compete was Amy Bunnage. Bunnage was among the athletes to attend Athletics Australia's camp in place of the competition last year, which has stoked a fire for those competitors.

“The camp on the Gold Coast last year gave me an awesome insight into what being on an Australian team is like, so I’m thrilled to be a member again and to have the opportunity to represent my country on the world stage for the first time," Bunnage said.

“I’m excited to be a part of such a talented group of athletes and I’m super keen to gain international experience while competing alongside some of the world’s best Under 20’s.”

Athletics Australia General Manager, High Performance Andrew Faichney was excited to be making the announcement of such a large team.

“Announcing an Australian junior representative team is always an exciting experience as so many of our athletes get ready to don the green and gold for the first time,” Faichney said.

“We’ve seen a staggering amount of qualifiers over the Australian domestic season, which made selection to this team incredibly competitive and all the more exciting for our athletes. The strength of this team too shows that Australian track and field is on the up and that’s a particularly exciting prospect as we look ahead to the 2026 Commonwealth Games, the Paris 2024 Games and of course, Brisbane 2032.

“To those selected, I’d like to congratulate you on this achievement and encourage you to relish the opportunity. For most of you, it will be your first chance to compete on the world stage, and from a development perspective, this is invaluable.”

The 60 athlete team that has been selected:

The Athletics World Junior Championships will take place on 1-6 August in Cali, Columbia.