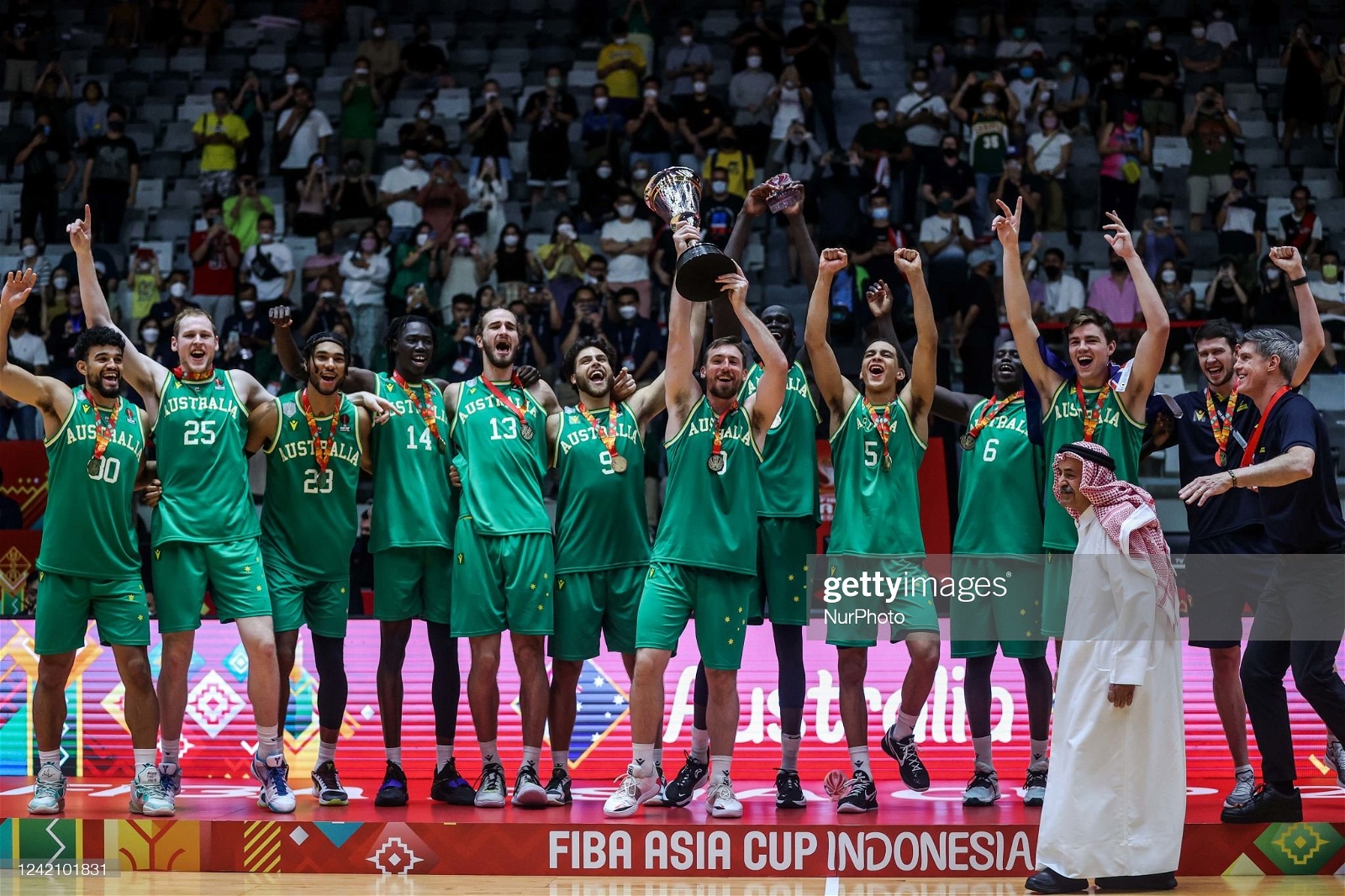 The NBL is scheduled to begin in October with more interest than ever thanks to Australia's back-to-back gold medals in the Asia Cup.

The NBL is scheduled to begin in October with more interest than ever thanks to Australia's back-to-back gold medals in the Asia Cup.

In a tight final with the resilient Lebanon - who was lead by tournament MVP Wael Arakji -, the Australian Boomers claimed back-to-back gold medals in the FIBA Asia Cup with a 75-73 victory.

It was a great tournament to watch with many highlights for the men in green and gold, Thon Maker having a very impressive tournament as well as team captain Mitch McCarron.

In the wake of this victory, Edge of the Crowd is taking a look at what positions will be impacted in the upcoming National Basketball League (NBL) season, and the forecast for the key players involved.

We'd be remiss to mention anyone else before the 216cm Player of the Game in the Asia Cup Final. Maker had a fantastic tournament that earned him a spot in the tournament's All-Star Five, attention around the basketball world and, perhaps unfortunately for Australian fans hoping to see him play on our shores, a big contract to play in China for the Fujian Sturgeons.

There were talks of Maker joining the Illawarra Hawks for NBL23 but he ultimately decided to take the opportunity to play in China, further expanding his experience in leagues around the world. With his cousin Makur unlikely to return to the NBL after giving impressive performances in the NBA Summer League, talented big men in the NBL may seem to be diminishing.

However, with the Brisbane Bullets' signing of National Basketball Associaiton (NBA) veteran Aron Baynes, the return of Isaac Humphries to Melbourne United, the emergence of talented young center Sam Froling (Illawarra Hawks) and the reinvigorated 3x3 champion Daniel Johnson returning for the Adelaide 36ers, NBL23 should be intriguing to watch with respect to the big men around the league.

Sam Froling will be eager to prove that his Hawks had no need to sign Maker, as he will be looking to take on a bigger role as he develops his game. Froling was second in scoring (10.5 points per game) and rebounds (6.2 per game) behind Maker for the Boomers at the Asia Cup, and looked in great shape throughout the tournament, a welcome sign considering his history of injuries.

Pinder was a surprise highlight of the tournament for the Boomers, where despite only playing around 10 minutes a game, managed to have the same level of efficiency as Australia's starting lineup. He managed an average of almost nine points and four rebounds per game.

Pinder is an experienced forward for the Cairns Taipans, and with his performance in the tournament, he'll be looking for an expanded role with the organization in NBL23 and will be hoping to be a major contributor for the Queensland-based organization. The Indigenous star averaged 10.5 points and 7.5 rebounds for the Taipans last year.

The other key forward for the Boomers is the enigmatic former NBL1 star, Rhys Vague. Vague has played his last three seasons overseas in Japan and New Zealand, resigning with his Japan B-League team Kagawa Five Arrows after averaging 10 points, almost nine rebounds and around two assists in the 2020/21 Japanese B-League season.

Vague made some important contributions in the Asia Cup averaging 8.8 points while scoring efficiently at over 51 per cet from the field and over 45 per cent from three-point range. While Vague may not be playing in NBL23, don't rule out a return to the NBL for the former Perth Wildcat. The caliber of talent is certainly there and it would be great to see Vague back in Australia soon.

The other Aussie to be selected for the All-Star Five was Mitch McCarron. The experienced 36ers guard was fourth in tournament assist averages and had some hugely important scoring games during the tightly contested elimination rounds.

It was his overall impact and leadership that made McCarron a stand out during the tournament and it wouldn't be surprising if he stands out for the 36ers this season. Hardworking and tenacious, McCarron makes an impact in every game he plays, so look forward to this impact in NBL23.

McDowell-White was our starting point guard for the tournament and the 24 year-old for the New Zealand Breakers put on a passing clinic throughout the tournament, finishing with an equal-most 35 assists and only committing four turnovers across six games.

Such remarkable efficiency is sure to bode well for the Breakers who will be playing their home games in New Zealand for the first time in almost two years. This home court return alongside the passing sensation will provide excitement and intrigue to the Breakers' NBL23 season. This might be the breakout season domestically for McDowell-White, who's confidence will be at an all-time high after a successful Asia Cup tournament.

The NBL23 season kicks off with the South East Melbourne Phoenix taking on the Tasmania JackJumpers on October 1, followed by the Illawarra Hawks hosting the reigning champions, the Sydney Kings.