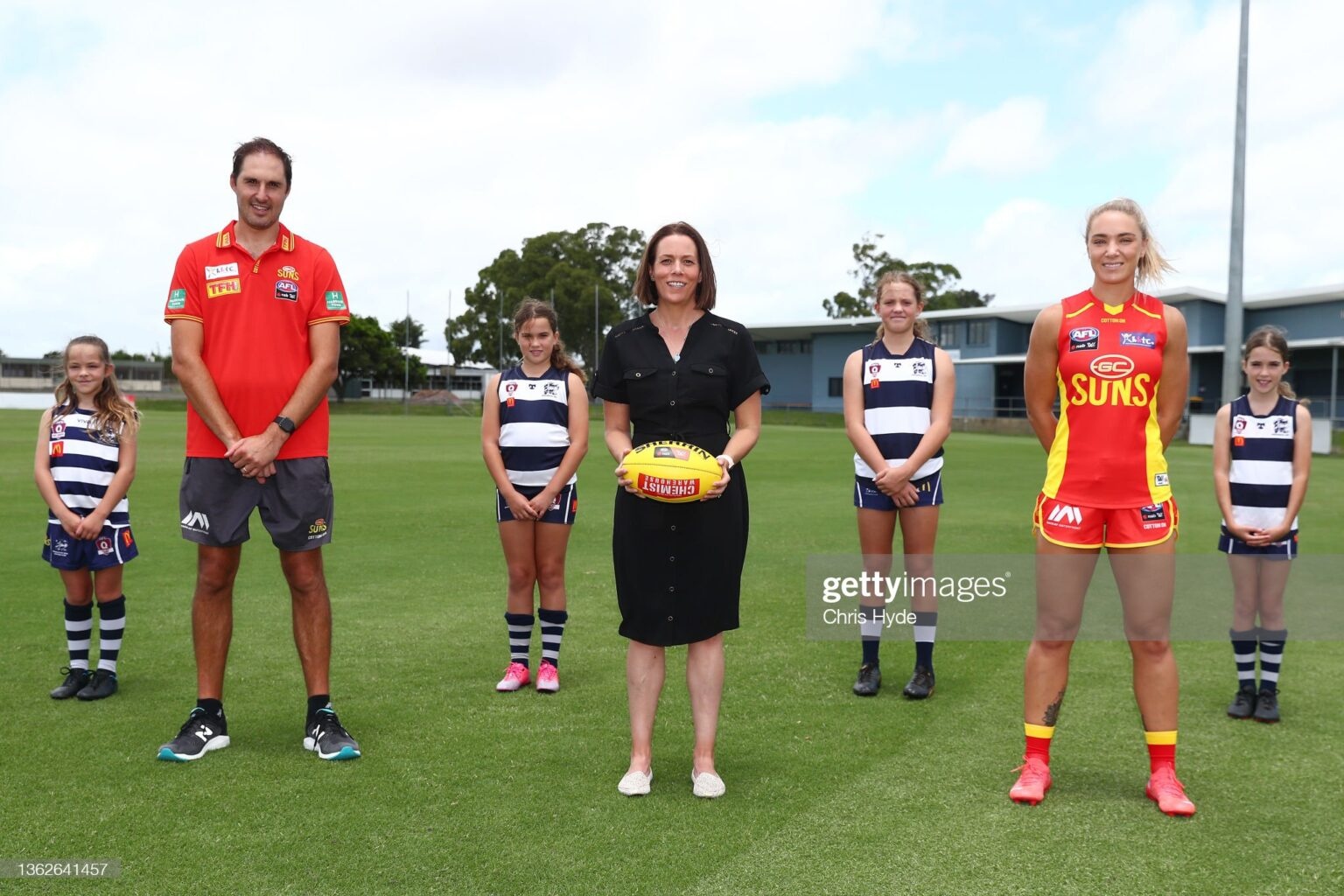 Opinion: As men, this week we failed women in sport

This week was a tough week for women in sport, but that is on the men in sport this week, and as a pattern.

Opinion: As men, this week we failed women in sport

This week was a tough week for women in sport, but that is on the men in sport this week, and as a pattern.

This week has been one of those weeks where the traditional male infrastructure of sport reared its head, and women in sport were let down.

We have failed at that this week, and we cannot continue to.

This week, for much of the week, we heard "Footy's back" from large parts of the AFL media, including the lead broadcaster and the chief executive.

To suggest that footy has been gone, and is now back, is to completely downplay the fact that there has been an entire AFLW home and away season this year, that ended last weekend, and has now turned to finals.

It comes days after the season start was moved from a forecast of December to August 2022.

In principle, the move is great, capitalising on the momentum of the men's season starting to wind into finals to give every team new hope, of either having a women's team make finals to make up for the men, or to have a chance at a double premiership.

In practice, the players are not paid full-time wages and make massive sacrifices to be able to play, including unpaid leave, and being stood down from jobs at different times.

In practice, there is no CBA setting out training, payment and offseason requirements for next season, there are four new clubs to enter into the competition next season, and school leavers will be forced to compromise their education, or their career, neither of which is guaranteed to be able to be sorted later.

To move forward the season by months, so players have less time between seasons to build up annual leave, it's a huge change for the players.

And yet, it appears they weren't one of the stakeholders consulted in the change to the women's season.

How can we say that the decision to move the season, without consulting the players is anything other than letting them down, as major stakeholders of the game?

It's not a safe space

Plenty of noise has been made about the derogatory comments of a former Fox Sports journalist about one of his female colleagues.

And no more needs to be made of those comments. The journalist has since been sacked and has issued a public statement apologising for the comments.

But those comments are indicative that there is still a long way to go to make sport, and sports media, a safe space for women.

Sport is one of the environments most associated with "locker room talk", in part because sport is where those locker rooms were. That's where the saying comes from.

As women are more recognised as part of the fabric of sport, and particularly the broadcast and coverage of sport, those "locker room" spaces cannot be allowed to exist.

For many who work in any professional environment, there is an element of concern about the office politics, and the associated conversations had behind closed doors.

It shouldn't be made doubly harder by being concerned that those conversations are colleagues sexualising you, discussing your sexuality, or discussing you as a chattel.

As women continue to make an impact in coverage of sport, and programs such as Making the Call and the Outer Sanctum continue to grow, those conversations need to be stamped out.

And we all know how to do that. Australia's Domestic Violence Prevention slogan is 'if you see something, say something'. The same is applicable here. Whether in private or in public, these comments cannot be allowed unchecked.

And until we do say something, and until we do call it out, it will continue to exist as a thorn in the side of equality in sport.

Talent lives on, consequences be damned

This week, there were more examples that for talented men, allegations, and even convictions, of domestic violence or sexual violence may not mark the end of a high-profile career in sport.

Jordan de Goey was involved in a high-profile incident in a New York nightclub in the offseason. De Goey pled guilty to a downgraded charge of harassment and avoided jail.

It is not the first time that De Goey has found himself under scrutiny from the law, as he and another man were charged with Indecent Assault in 2020. The charges were eventually withdrawn, but there have now been multiple incidents where the Collingwood player's behaviour has been firmly in the grey area (or worse).

Despite that, De Goey is still lauded by fans, continues to have his significant AFL contract, and may even have a contract extension. Despite his actions, his talent means that some fans and institutions look the other way on his behaviour, as it helps the team win.

Last night, De Goey returned to action as the AFL season returned, with Collingwood's win over St Kilda, in which he played a large role.

Deshaun Watson is a high-profile case of the same allowance for talent in the US. Watson is facing 22 civil lawsuits where he is accused of sexual violence against massage therapists.

Earlier this week, a Houston grand jury declined to indict Watson, ending any prospect of criminal charges for the behaviour. The civil suits remain.

The quarterback didn't play last season after the allegations were made public, and a police investigation was ongoing, but he was not suspended. The NFL declined to suspend Watson, citing the police process.

Now that the process is complete, Watson was traded this morning, and given a five-year deal, with the most guaranteed compensation of any player in history.

Watson will now be the quarterback of the Cleveland Browns, while the civil lawsuits against him remain.

And these two examples are just two high-profile examples from this week. They are not the first, and it's hard to imagine they will be the last.

Time and again, it has been shown that men who have the talent to help teams win will face few consequences of sexual and domestic violence. And this doesn't make sport a safe space for women.

It is made even worse when the factor of the personal cost to the victim in these cases. Coming forward after a sexual assault is incredibly difficult as is, and estimates are as high as 80% of sexual assaults go unreported.

Then, if someone does come out and accuse a prominent sporting figure of such actions, an army of online fans makes life misery for the victim, claiming they are only speaking up to harm the athlete, and have fabricated the incident to tear down the athlete.

For examples of this, look at the way that Jordan De Goey's accuser has been treated, or Jarryd Hayne's alleged victim.

As long as there is no institutional framework to prevent the army of trolls from going after advocates, and protecting them from the online behaviour that no doubt makes a difficult process even more difficult, there is still work to do.

Sport has failed women in sport

Until that changes, we will continue to fail women in sport.

Until sport is a place where female athletes are treated as major stakeholders, we will continue to fail women in sport. We won't properly grow the game to the best it could be until we make that change.

Until sport is a safe space for female professionals, we will continue to fail women in sport. We will continue to lose and discourage talented women from becoming part of sports media, for places and industries that they do feel safe in.

It's not just on the women in sport to make that happen.Marnie Vinall, andKirby Fenwickspoke of that this week as well. Programs likeMaking the Calland organisations likethe Outer SanctumandSiren Sportare a start.

But they are not the full solution. It must be brought into the mainstream. Allyship, support and equity must be intrinsic in lead broadcasters and traditional publications before we achieve what is needed.

Men must stand up and make this change happen. And I will aim to be one of them.

And until we manage all those things, we will fail women in sport. And sport will be poorer for it.

This week was a dark week for women in sport. Hopefully, it is a turning point too, as we look in the mirror.