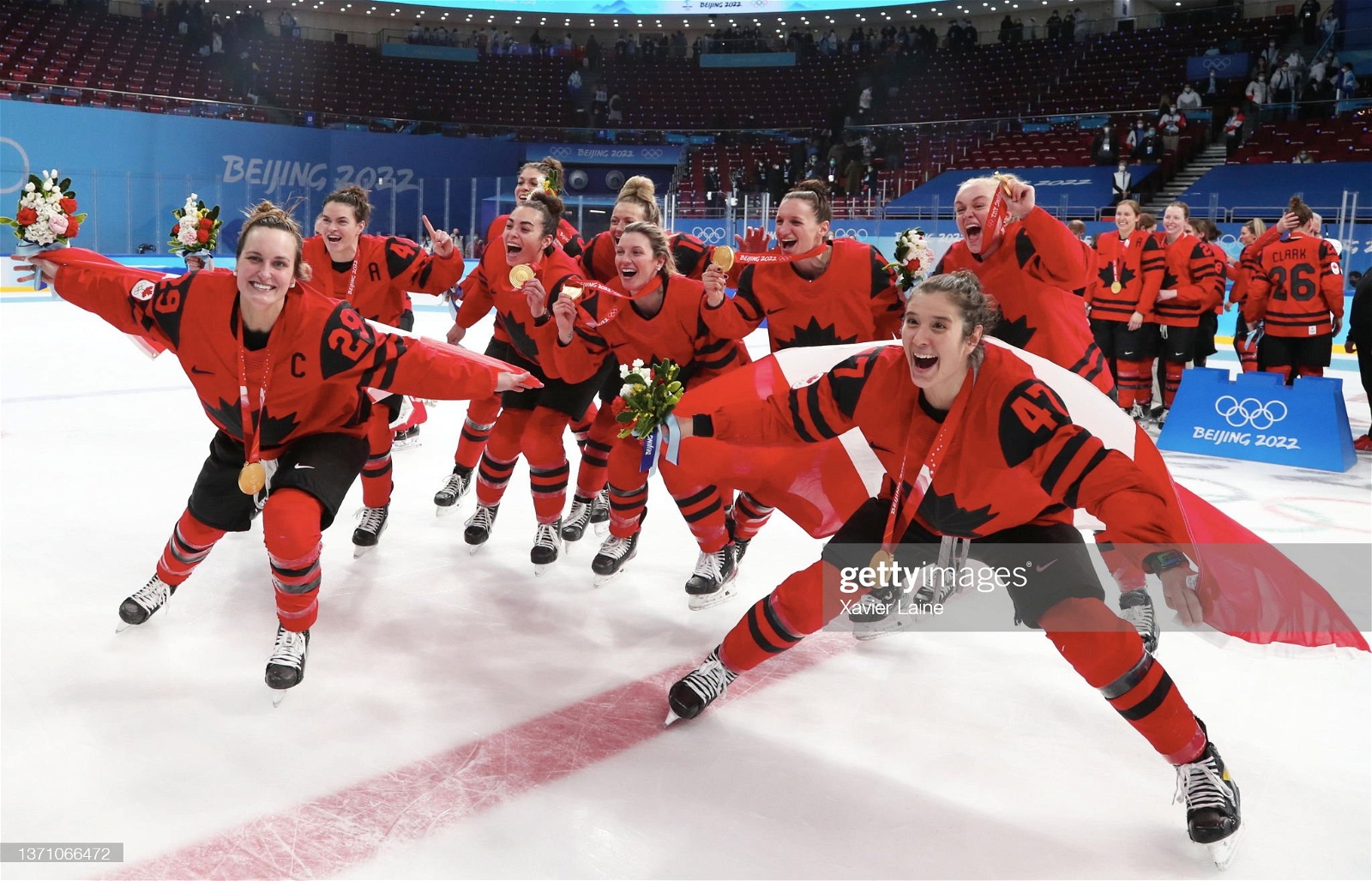 As Canada completed a tournament of absolute dominance, they also suffered heartbreak in the women's curling. Meanwhile, hearts were broken in the figure skating.

As Canada completed a tournament of absolute dominance, they also suffered heartbreak in the women's curling. Meanwhile, hearts were broken in the figure skating.

The ice sports on day 13 of Beijing 2022 were filled with plenty of drama. As Canada completed a tournament of absolute dominance, they also suffered heartbreak in the women's curling. Meanwhile, hearts were broken in the figure skating.

Canada has been heavy favourites from the beginning, and with many players having dominant tournaments, it looked like nobody could stand in their way.

Canada thought they were off on the right foot immediately, with Natalie Spooner putting the puck in the back of the net. This was overturned on video review, due to an offside call.

Canadian captain Marie-Philip Poulin was next on the scoreboard, scoring the next two goals. She became the first ice hockey player (male or female) to score in four gold-medal games.

Poulin then followed up with another goal in the second period, providing Canada with a 3-0 lead.

With the USA having struggled to kill off penalties during the tournament, a Canadian powerplay after a Megan Keller holding call seemed to be the worst possible situation for them.

However, they did not just manage to kill off the penalty. They managed to score themselves, with a rebound shot from Hilary Knight getting them on the board.

A late goal from Amanda Kessel gave the USA some hope in the third period. They were unable to find a game-tying goal and had to settle for the silver medals.

This concludes the journey of what has been one of the strongest women ice hockey Olympic teams of all time. Canadian players made up five of the top ten goal scorers and outscoring opponents 57-10.

Round Robin not Enough to Separate Curlers

Coming into the final round robins in the women's curling, Switzerland had already qualified. Sweden joined them after achieving a win.

The final two places in the semi-finals came down to a tie between Canada, Great Britain and Japan.

The first tiebreaker in curling is head-to-head results. This was not useful in this scenario, as the teams had each one win and one loss against the other tiebreak team.

Before each curling match, both teams get one chance to get a single stone as close to the button as possible, attempting to gain the hammer in the first round.

The second tiebreak option is the average of these shots throughout round robin play. This eliminated Canada and allowed Great Britain and Japan to advance to the semi-finals.

In the men’s curling, Sweden and Canada have advanced to face each other in the gold medal game.

After a controversial short program, the Women's free skate in the figure skating was one fans were apprehensive to see.

Everyone was preparing themselves for an asterisked ROC sweep that could be overturned depending on the result in Kamila Valieva's doping case, but no one could have seen the free program playing out how it did.

Alexandra Trusova was the first of the top four skaters to compete, landing five quads in her free program including two quad lutz jumps with the second being called on the quarter of the rotation and her quad flip receiving an unclear edge call. She received a 177.13 for the free skate, the best of the day however her combined score of 251.73 which was a new personal best was only enough to put her into second overall.

Next was Japan's Kaori Sakamoto the only athlete left to prevent a podium sweep by the Russians after Wakaba Higuchi and Young You placed behind Trusova. In what was the cleanest program of the day the only thing preventing Sakamoto from not finishing higher on the podium was the base values of her opponent's technical content.

The two time Olympian received the highest score for her step sequence of any of the top 24 skaters and was second in Personal Components Scores, receiving the highest marks for skating skills. She scored a personal best of 153.29 and received a new personal best for her combined score of 233.13, earning her fourth personal best score of the Olympics, claiming the bronze medal.

Anna Scherbakova came back from disastrous training sessions over the past two weeks to claim gold, receiving no edge or rotation calls, with only two quads, both quad flips, she didn't have enough to win the free skate scoring 175.75, but it was enough to put her into first with a combined score of 255.95.

Last up was Kamila Valieva, whose position competing was under an incredible amount of scrutiny and unlike the short program, the cracks showed in the free. Her opening jump a quad salchow was called to only be on the quarter rotation and then her next jump the triple axel was stepped out and under-rotated.

It didn't get any better from there with Valieva falling on two more jumps and only successfully landing two jumping passes without any errors. In the end, she received a score of 141.93 her worst score of this season to receive a total score of 224.09 to finish in fourth.

It was a heartbreaking end to a saga that should never have played out how it did, with only the bronze medallist Kaori Sakamoto looking happy with the result.