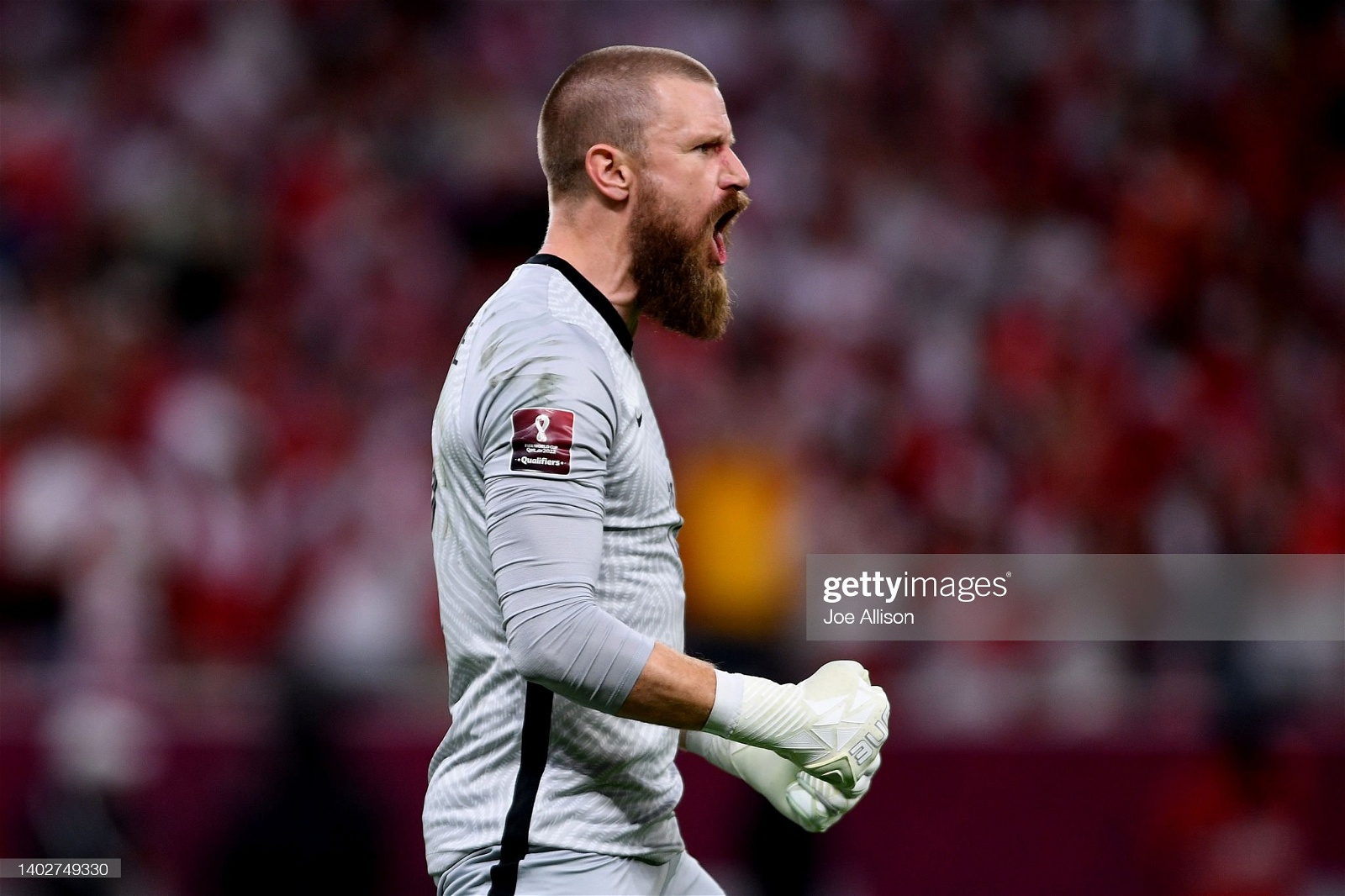 It was a huge morning for football in Australia as the Socceroos qualified for their fifth straight World Cup. On top of qualifying for the World Cup, tonight will be remembered for something else.

It was a huge morning for football in Australia as the Socceroos qualified for their fifth straight World Cup. On top of qualifying for the World Cup, tonight will be remembered for something else.

Tonight will be remembered as the night Andrew Redmayne wrote himself into Aussie sporting folklore.

Graham Arnold made a bold call as the clock ticked down on extra time. He signalled he was taking off captain Mat Ryan and replacing him with penalty shootout specialist Andrew Redmayne. It proved to be a stroke of genius, as Redmayne became a hero. The veteran Aussie goalie, affectionately known as Redders (or the Gray Wiggle) dove to his right to save from Alex Valera. That save booked Australia’s ticket to Qatar and the World Cup in 2022.

His celebration became an instant meme as he grinned, looking left and right, waiting to get the all-clear from VAR. When the all-clear came, his teammates mobbed the New South Welshman as the reality of qualifying for a fifth World Cup in a row set in.

After some post-match celebrations, the hero himself, Andrew Redmayne, commented on the shock substitution and the goalkeepers union within the Socceroos squad.

On the shock substitution:

“The idea was floated at least a month ago,” Redmayne said. “It was always in the back of my head for the UAE game and also this game,” he continued.

When asked if his teammates had any idea about the shock substitution, Redders said they didn’t. “It was kind of planned between myself and the staff. I don’t think any of the players knew about it.”

On the Socceroos goalkeepers union:

“I could probably go on for hours about this,” Redmayne said of the bond between him and his fellow goalkeepers in the Socceroos squad. “The goalkeeping union within this group, [we all] have been through a helluva lot these last few years.

“We’ve all copped a fair bit of criticism over the years, but we know the job at hand.” He continued, “We know how to get the best out of ourselves.”

“Just before the penalties, he [Mat Ryan] was pumping me up, getting me ready,” Redmayne said, paying tribute to the man he replaced in the 119th minute today.

“I’m under no illusion about where I stand in the team and where I stand in football in Australia,” Redmayne said humbly. “I am just glad I was able to play a small role tonight,” he continued.

“Because Maty has played the bulk of the games throughout this three-year qualifying campaign and he’s been phenomenal.”

On becoming an instant meme:

“The ref said to me on the last two penalties if you save this, you win.” “But don’t go running off because we need to check VAR,” explaining his celebration.

He went on “I was just trying to keep a lid on things, so to speak. While everything was kinda cleared, I guess.”

On what qualification means:

“It’s hard to put into words how big this moment is,” Redmayne said after a long pause. “Not only for us as a group… but for football in Australia.”

How influential Australian coach Graham Arnold has been:

“Arnie [Graham Arnold] said in his speech that this is the greatest thing he has ever been a part of,” Redmayne said. “We didn’t get much support from back home, but we knew as a group the job that was ahead of us and what was on the line.”

Redmayne continued waxing lyrical about his national team boss, “People external to this group don’t see the work, the love, the passion Arnie puts into every single player that comes into camp.”

He continued, “Every player that has been a part of this qualification stage will say the same thing.” “He makes everyone feel so welcomed and so at home within this group,” Redders said. “And that is a credit to Arnie.”

Andrew Redmayne remained poised and humble during the entire press conference. The Gosford-born goalie seemed almost too shy to accept any praise for the huge hand he played in the match this morning. He might not like it, but he better get used to the adulation of the Australian public. Andrew Redmayne is an Australian sporting legend now.