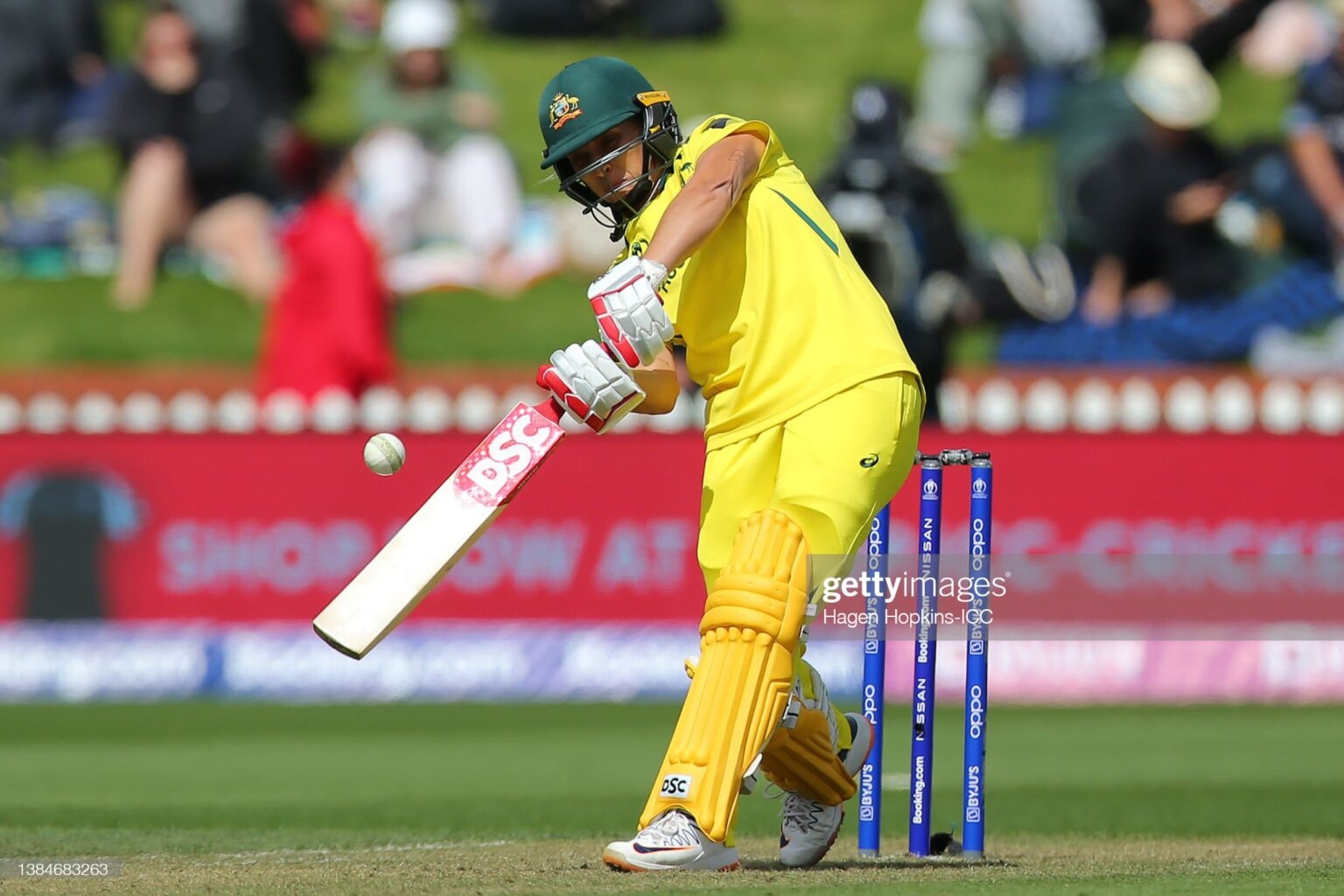 All rounders, led by Ash Gardner, star for Australia over New Zealand

Ash Gardner returned from Covid-19 with a cameo, as allrounders starred for Australia in a thumping 139 run win over New Zealand.

All rounders, led by Ash Gardner, star for Australia over New Zealand

Ash Gardner returned from Covid-19 with a cameo, as allrounders starred for Australia in a thumping 139 run win over New Zealand.

New Zealand's bowling attack started well, keeping Australia to 1/37 from the first ten overs. As the end of the power play approached, Hayley Jensen lured Alyssa Healy into a false stroke, and the opener was dismissed for 15.

The top order spluttered just a few overs later, as Meg Lanning and Rachael Haynes were dismissed in the space of four balls, leaving Australia reeling at 3/56.

Ellyse Perry and Beth Mooney set about rebuilding the innings, with a growing partnership that was cut short as Amelia Kerr beat Mooney all ends up, rattling her stumps for 30.

It left Perry in the middle as Tahlia McGrath strode to the crease, and the Australian all-rounders continued the work building a total.

Their partnership took the Australians from the 30th over to the 45, as the duo scored 101 runs in 100 balls, setting Australia up to be 5/214 with five overs remaining.

Perry was dismissed for 68 with one of the great outfield catches, as Maddy Green leapt to her left on the long-on boundary.

Perry's wicket brought Ash Gardner to the crease for her first action of the Women's Cricket World Cup. It was a dynamic performance, as Gardner dispatched the New Zealand bowlers to all parts of the ground, including the crowd sections.

McGrath continued to accumulate runs at almost a run a ball, before eventually falling for 56 from 57 balls.

When the pyrotechnics were finished and the smoke cleared, Gardner had scored 48 runs from 18 balls, and Australia had 269 runs on the board.

After being kept relatively in check for the first 35 overs, Australia accelerated dramatically, with 101 runs in the last 10 overs, and 59 in the last five overs to post a big total.

While New Zealand started brightly, the first warning sign came in the fifth over, when Sophie Devine was bowled by Perry for six. It didn't get better from there, as Amelia Kerr and Suzie Bates both fell to Darcie Brown, as the New Zealand innings stalled.

The first three wickets fell at 22, 23 and 24 runs to the total, before Maddy Green fell to McGrath with the score at 30.

Katey Martin and Amy Satterthwaite tried to build a partnership to resurrect the innings, but their partnership ended in the 20th over as Amanda-Jade Wellington struck, trapping Martin lbw on 19.

Wellington was on a hattrick after she dismissed Hayley Jensen on the very next ball.

After Megan Schutt finally got into the action, as the fifth bowler used, she struck to reduce the home side to 8/86.

Another partnership started to form between Satterthwaite and Lea Tahuhu, putting on 35 runs over six overs, until Gardner took her first wicket of the day.

Darcie Brown was the pick of the bowlers, finishing with 3/22 from seven overs of raw pace, line, length and swing.

After the game, Jacob Oram paid tribute to how well Brown bowled.

"Today, I was very very impressed," Oram said. "She's got good pace, but the thing that stuck out for me today, was her line and length."

"it's one thing to swing the ball, but if you're swinging it to seventh or eighth stump, with width and batters can just carve it away over point or over cover, then it's no use to anyone.

"Today she just hovered around off stump or just around off, and if you've got a little bit of shape away, to bring the keeper and the slips into play, which is what we saw with Amelia [Kerr]'s dismissal.

"I don't think I've ever seen Darcie bowl that well before," Gardner said after the match.

"And to take three poles, and three really key wickets as well, just shows where her game is at the moment, and with the wind behind her, I thought she was bowling five [kilometres per hour] quicker as well, and it just seemed to fast for them at some points."

"Today she controlled the ball beautifully, she bowled really nice outswing, and a couple of times she was unlucky not to take the edge of Suzie [Bates]'s bat, but that shows the growth that she's had over the past 12 months."

Gardner acknowledged the efforts of the top order of the batting lineup to set the base for her cameo.

"Pez [Perry] and Moons [Mooney] set a really good platform for Tahlia McGrath to go in, and once they played really freely, that gave me the freedom to go out there and score some quick runs, and I thought 270 was a really good score on that wicket," she said.

The returning Australian allrounder showed no signs of rust, despite spending 10 days in a hotel room in quarantine, after testing positive for Covid-19.

"There's a lot of confidence involved. In my first training session yesterday I hit the ball pretty badly, and I was pretty frustrated with that preparation going into today.

"The platform eh girls set for me to go out there with was really good, and I just had that freedom to play the natural game that I play and take the bowlers on, and it was one of those innings that sometimes comes off and sometimes doesn't."

Gardner explained that the success of her batting innings gave her confidence that her bowling would bounce back too.

"Being an allrounder, you can obviously take confidence out of whatever skill you've done first, and I guess there was a bit of luck involved in my batting innings.

"The breeze was quite strong and I probably didn't middle all of my shots, but sometimes that's the beauty of cricket. You don't always have to be perfect.

"I certainly did try to take the confidence out of what I was doing with the bat in hand, and trying to come up with a plan to not bowl what was easy to hit. The first over didn't go the way that I would have liked, but I pegged it back and stuck to my plans and just tried to bowl into the wicket and make it as hard as possible to try and hit me back over my head."

The Australian Women's Cricket team continue their World Cup campaign on Tuesday against the West Indies.