Netflix has another coming-of-age hit on its hands with the release of Heartstopper this weekend, the beautiful story of Charlie Spring and Nick Nelson's romance won't stop your heart but instead, make it race. 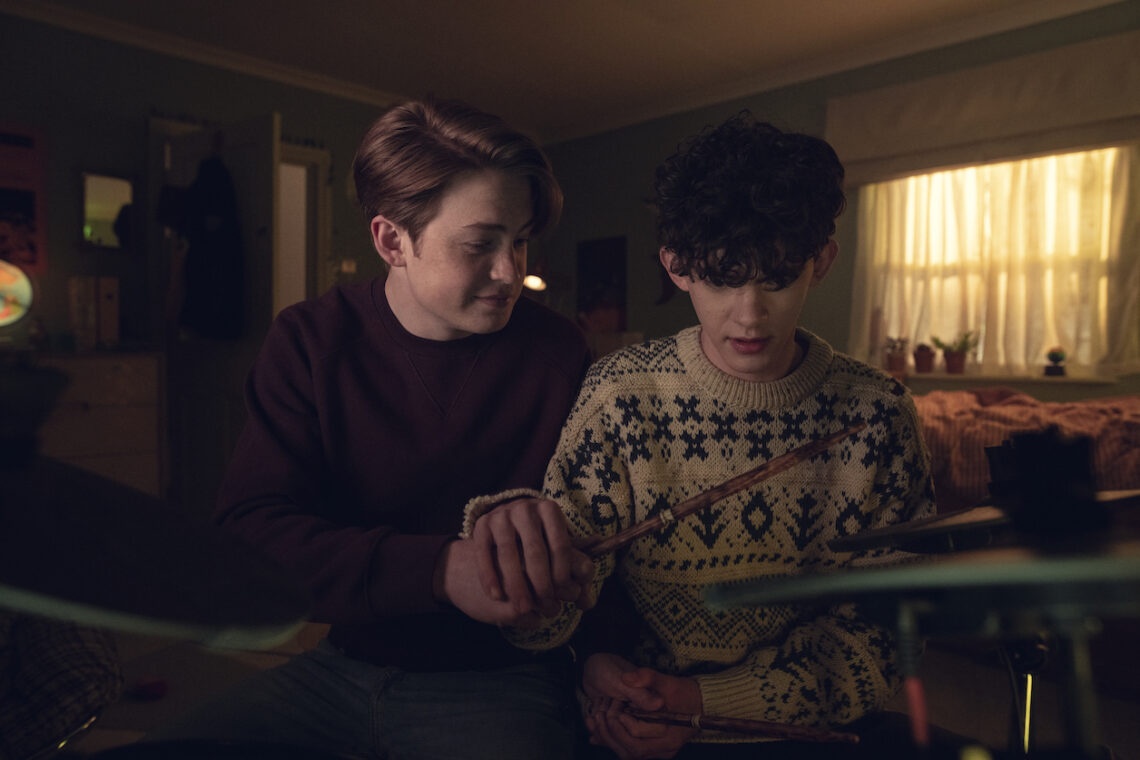 Netflix has another coming-of-age hit on its hands with the release ofHeartstopperthis weekend, based on the webcomic of the same name by Alice Oseman, the beautiful story of Charlie Spring and Nick Nelson's romance won't stop your heart but instead make it race in the quiet moments throughout its first season.

There are always nerves around adaptions of popular works that grew in online spaces about whether a major studio can capture the essence that made fans fall in love with it in the first place but any fears fans ofHeartstoppermight have had were quickly washed away in the opening scenes of the Netflix series that was released on April 22.

Starring Joe Lock and Kit Connor as Charlie and Nick, the show sets itself apart from its contemporaries with both its storytelling and aesthetic. The two shows that come to mind areEuphoriaandSex Education, which both tell stories of queer stories and handle mental illness while giving the audience a colourful aesthetic and humour that keeps you hooked.

Heartstopperisn't quite like that, it's certainly colourful and has its moments that will make you laugh but it's more muted both in sound and colour when even at a party there are quiet moments between characters where you're not straining to hear the conversation despite the characters speaking softly.

The pops of colour are accented by the stylised cartoon designs of autumn leaves and snowfall throughout the episodes, especially in moments where Nick and Charlie are alone, and the clear distinction between imagined moments, good or bad, from reality, rather than pulling a bait and switch on the viewer.

As a result, the transition from webcomic to the screen has worked wonders with some scenes giving the exact same feel, but there are also scenes that have been added, giving depth to secondary characters earlier in the plot than Oseman did in the comics, which makes you more invested in their stories as well as Nick and Charlie's.

The biggest assetHeartstopperhas is the connections between the characters, from Charlie's friends Tao Xu (William Gao), Elle Argent (Yasmin Finney), and Isaac Henderson(Tobie Donovan) to the adults who impart their advice but also don't judge any of the teens despite when they may be making mistakes.

One of the special dynamics is between Nick and his mum Sarah (Olivia Coleman) who have several conversations over the course of the show that help orient Nick and make him take steps he wouldn't have considered even if she doesn't fully understand the entire context of the conversation.

Additionally, Charlie's relationship with his older sister Tori (Jenny Walser) is one of the more amusing dynamics in the show, with Tori often appearing out of nowhere to make a comment to Charlie and disappear just as quickly.

Heartstopper, to put it simply, is a lovely show, that isn't to say it doesn't confront difficult topics, like homophobia and transphobia but the message is often that you shouldn't just have to accept poor treatment, both in what the teens say to each other as well as the adults who are helping guide them.

The show also understands that people need time to understand who they are and what they want and the best we can do is offer people patience.

Netflix has a winner on its hands with this one and there's certainly scope for a second season with season one finishing off at the end of chapter three of the webcomic, with the chapters only getting longer and more detailed from here.

The benefit is if you've finished the show and are curious as to whereHeartstopperis going you can read the webcomic onWebtoonfor free which updates three times a month, on the 1st, 11th, and 21st.