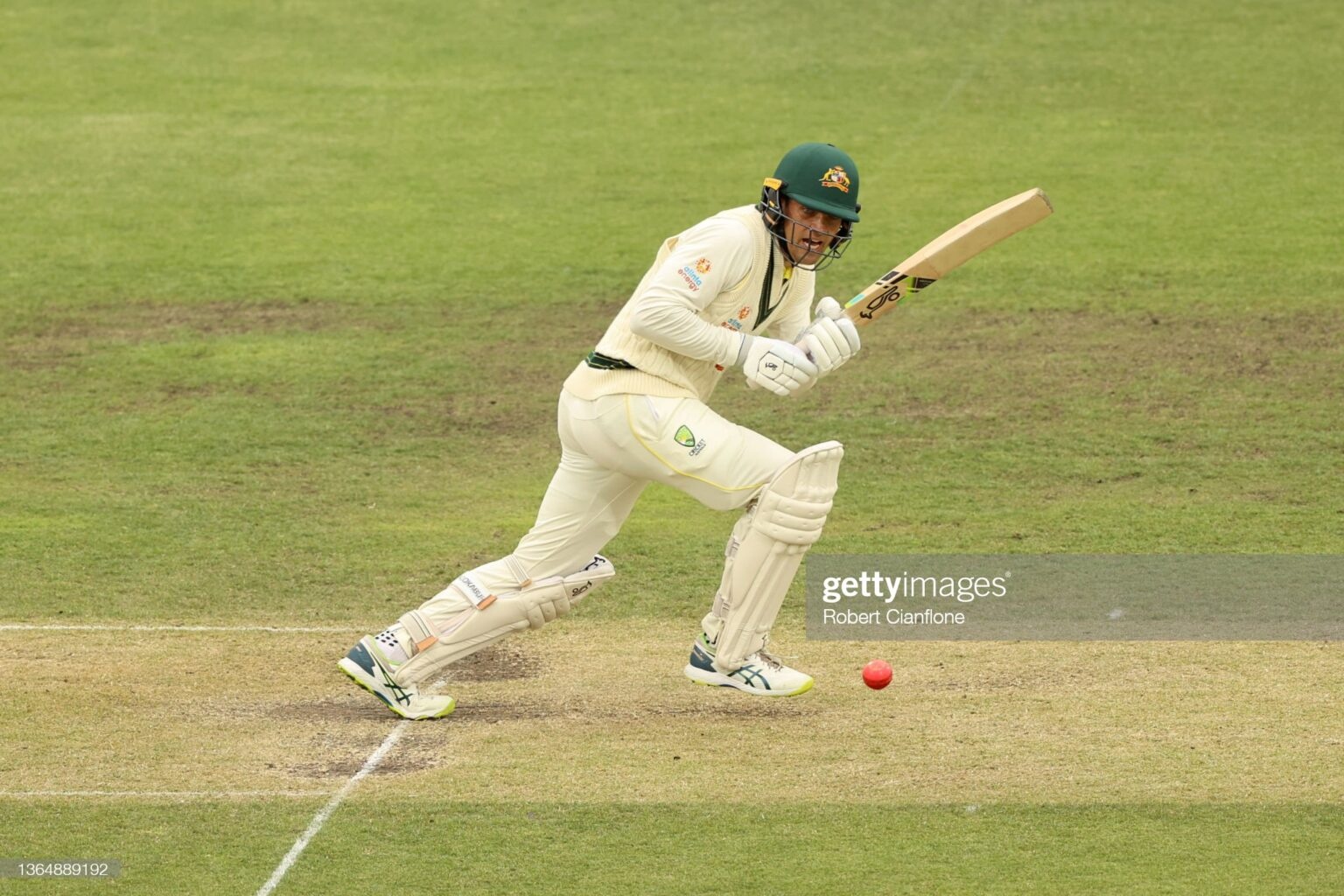 Alex Carey played a key innings for Australia, but fell agonisingly short of a maiden Test century on Day Two of the Second Test in Karachi.

Alex Carey played a key innings for Australia, but fell agonisingly short of a maiden Test century on Day Two of the Second Test in Karachi.

While Alex Carey batted well, he was disappointed in himself when dismissed for 93, as Australia batted out all of the second day of the Second Test, to get to 8/505 at stumps.

Australia resumed at 3/251, with Nathan Lyon scoreless and Usman Khawaja on 127, and Lyon set about making an impact as the nightwatchman on the second morning.

Lyon made himself a thorn in the Pakistani side, as he ended up scoring 38 runs before being dismissed by Faheem Ashraf.

Travis Head came and went in the overs that followed, adjudged lbw from the bowling of Sajid Khan. On review, the ball was "umpires call" and almost sliding down leg, but Head was forced to depart for 23.

His dismissal brought Cameron Green to the crease, and Green set about continuing his strong batting form.

Green and Khawaja looked solid before Khawaja was eventually bowled by Sajid Khan, dismissed for 157. The Pakistan native received a standing ovation as he left the field.

Green looked good, playing the spin well before Nauman Ali got one to spin past his outside edge and cannoned into his off stump, sending the allrounder on his way for 28.

As the afternoon wore on, Alex Carey and Mitch Starc continued to grind down the Pakistani attack.

Carey explained that this had been the plan all along, as he spoke after the day's play.

"I think we were pretty clear going into last night, the captain basically said to the batters to come 'get your head around batting all day unless the message comes otherwise'", Carey explained.

DAY FIVE ENDS IN BOREDOM AS THE CAPTAINS SHAKE HANDS

Carey and Starc batted patiently, showing little intent on scoring as the game continued, but Carey accumulated runs and closed in on his first Test century.

"It was some reward for some hard work. I have full trust in my ability," Carey said after the day.

The 93 run effort was Carey's highest Test score so far in his short career, as he continues to cement his place in the Australian side.

"The summer was a really enjoyable summer for me, and to win the Ashes the way we did was outstanding, but I went away from them, with some learnings and some takeouts. I think at times I threw my wicket away, as we do as batters, so I thought today I showed a fair bit of patience.

"I looked at Usman's innings, the way that he played was fantastic. He basically has one gear throughout, and he sticks to that, but I've spoken to him a lot the last couple of weeks and he's batting beautifully.

"I just stuck to my patience out there, obviously my dismissal was probably otherwise, but when I came back into the room there were eight other blokes saying they would have played the same shot, so I don't know if that's comfort or not.

"I'd be disappointed if I made one, two or three, or forty. I'm always disappointed when I get out. It's a number, so close, but unfortunately, that's the way it goes.

"I thought I was pretty disciplined throughout the day, and to be honest I saw an opportunity over cow corner later in the day, it was a pretty big gap over there."

The Australians are confident that there is enough time remaining in the Test match for them to win the game, with three days left. They are relying on the pitch breaking up more than the Rawalpindi pitch did last Test.

"The more runs we can get in the first innings, it sets us up for the back end, but I think the wicket is starting to show a little bit of life now, or the opposite.

"It's inconsistent, there are some patches starting to open up a little bit. I think the game will move a little bit quicker late tomorrow and moving into days four and five.

"It's not the easiest wicket to score on, I know that might sound interesting, but it's starting to be a bit variable, inconsistent, there was reverse swing at times throughout the day."

Debutant Mitchell Swepson will be key for Australia, as his legbreaks will be needed for Australia to take the 20 wickets needed to win the match, after only managing four in Rawalpindi.

"I think there's enough there at the end he's going to bowl at. There are enough footmarks, there's enough variability, there are some cracks opening.

"It's all going to be difficult. I still think there are enough opportunities for us to make the 20 chances.

Australia will resume at 8/505 on Day Three, with Starc on 28 and Pat Cummins yet to score.