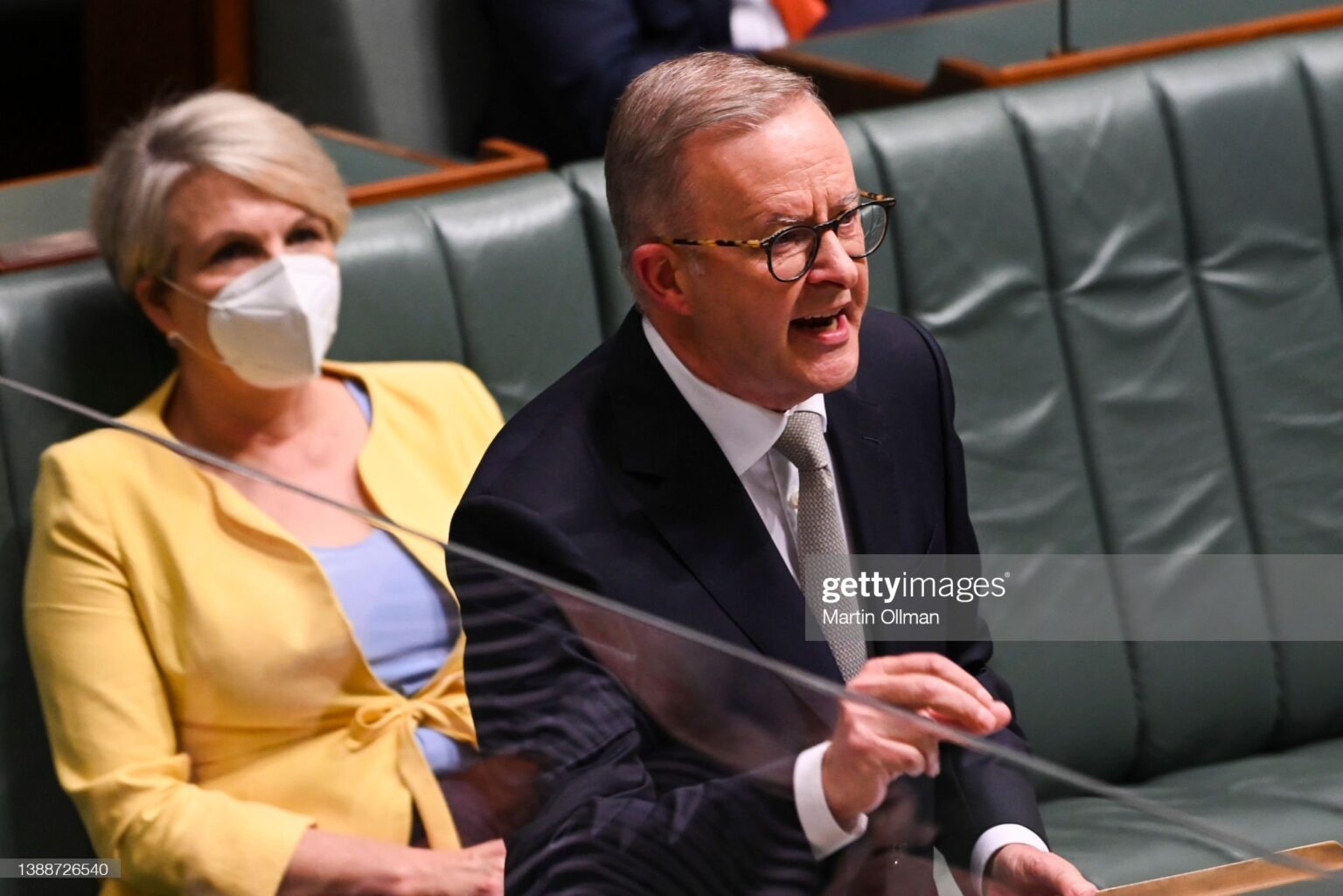 Leader of the Labor Party Anthony Albanese focused on aged care and child care in his 2022 budget reply, outlining Labor's vision for the future and pushing for the Prime Minister to call the election.

Leader of the Labor Party Anthony Albanese focused on aged care and child care in his 2022 budget reply, outlining Labor's vision for the future and pushing for the Prime Minister to call the election.

Leader of the Labor Party Anthony Albanese focused on aged care and child care in his 2022 budget reply, outlining Labor's vision for the future and pushing for the Prime Minister to call the election as Parliament's final day prior to the Federal Election came to a close.

Fixing the aged care sector was paramount for Albanese, dedicating a significant portion of his speech that clocked over 38 minutes. Promising to improve the conditions for both the residents and the workers in the aged care sector, pledging $2.5 billion if elected.

Crucial to this plan is increasing regulation and making sure every aged care facility has a registered nurse on-site 24/7, fixing carer to resident ratios and better funding the workforce to keep aged care workers in the field.

Albanese and Labor claim the funding increase will fall in line with the recommendations of the Fair Work Commission, however, the Unions are calling for a near 25 per cent increase with the starting rate only $2 above the national minimum wage.

Wages and the cost of living have been key talking points for both parties in recent weeks and along with an increase in wages for aged care workers, Albanese

"The relentless pressure of flat wages and rising prices won't stop because of a short term pre-election promise.

The truth is if you want real, permanent, meaningful help with the cost of living you need a plan to get wages growing again."

Short on time, Albanese didn't outline any specific plan to increase wages for Australians, but took the time in his interview with Leigh Sales on7:30, that improving job security was key to Labor's wage growth plan.

Another key focus in the Labor leader's speech was child care, in particular the costs on working families, focusing on long term changes. In particular, an increase to the maximum subsidy rate to 90 per cent for families earning less than $80,000, while also aiming to remove the annual subsidy cap.

Albanese made it clear in his speech that Labor intends to see growth from the investment into child care with more parents being able to return to the workforce.

"We also know that improving our child care system is a fundamental economic reform that will boost workforce participation and drive productivity growth.

"Conservative estimates show a return on investment of $2 for every $1 invested, and economists have estimated a GDP boost of between $4-11 billion per year."

Additionally, Albanese turned his attention to issues that have captured the attention of the Australian public in recent years, promising to push policy to reduce climate emissions, with the aim to "end climate wars," and adopting every recommendation in the Respect@Work report on the treatment of women.

And of course, there was the drum that the Australian Labor Party has been beating for years, the pledge to introduce a national anti-corruption commission which gained prominent attention from the general public following former NSW Premier Gladys Berejiklian's resignation when NSW's ICAC announced an investigation into the former Premier.

Australian manufacturing and infrastructure was also front of mind, with Albanese making references to the Russian invasion of Ukraine and the pandemic, to emphasise that Australia needs to be self-reliant, making sure to mention that renewable energy is important to that plan.

“Russia’s brutal invasion of Ukraine has reminded us that we must be prepared for the uncertainty that global events unleash here at home,” he said.

“The pandemic too has shown us that we are not immune to global events. We must be more self-reliant.

The budget reply wasn't without some of the classic pre-election campaignings we've come to expect, with Albanese playing to his strengths and referencing his own upbringing as well as his initial motivations for getting into politics

“I went into politics because I believe good government can change the lives of Australians for the better,” he said.

“Reaching out to those who’ve fallen back, and creating opportunities that make it possible to get ahead, to be the best we can be.”

Albanese concluded the budget reply by sharing his belief in the country and demanding the Prime Minister call the election and to let the Australian public decide on which party has outlined a better future for the country.

"My fellow Australians, I have unlimited faith in our country's potential, and if I have the honour of serving as your Prime Minister, I can promise you this.

"I will work as hard as I can every day to see that potential realised, I will act with integrity, I will lead with responsibility and I will treat you with respect.

"We've been through a tough couple of years, but I know our best days can be ahead of us, I will work with you to build a better future, and I say to this Prime Minister, who himself declared months ago, he was campaigning and not governing.

"Call the election, call it now and let the people of Australia decide."

You can view Albanese's budget reply in fullhere.