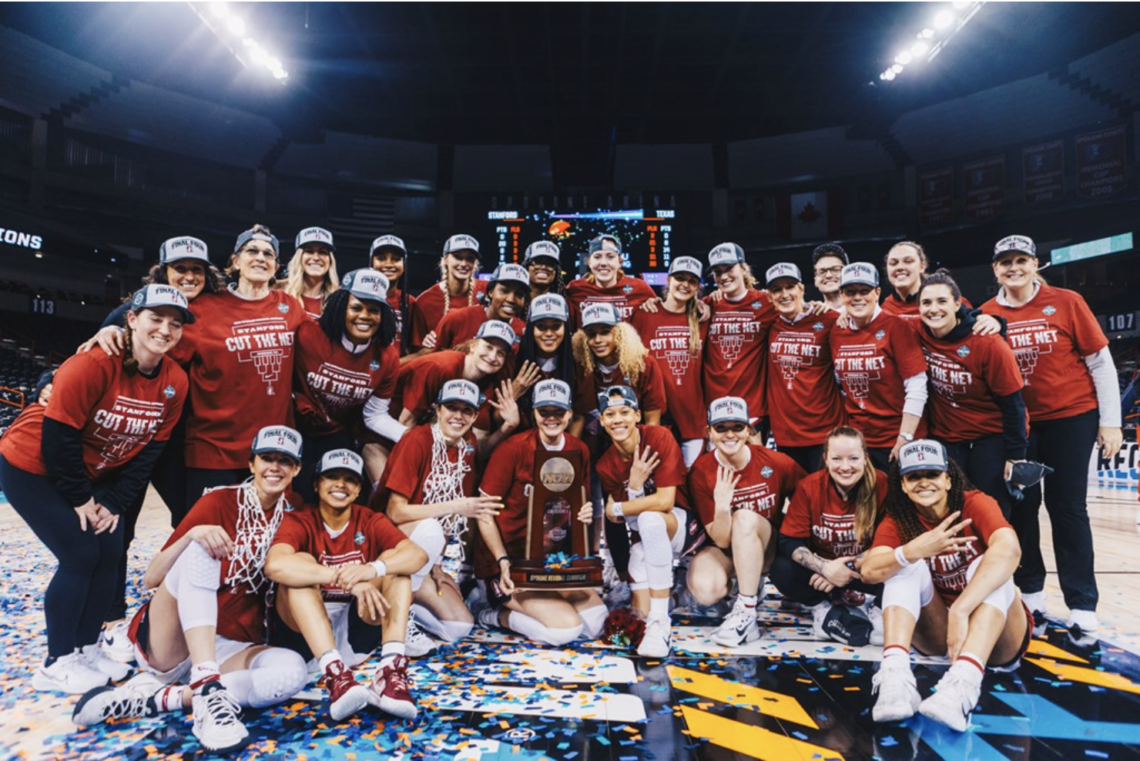 In an intense battle for the title of the last Aussie standing, Agnes Emma-Nnopu's Stanford Cardinal defeated Kobe King-Hawea's Texas Longhorns for the prize of a spot in the NCAA women's Final Four. For the record, Emma-Nnopu is the true last Aussie in March Madness as everyone from both the men's and women's tournaments have been eliminated.

This isn't the Cardinal's first rodeo in the Final Four. As you all know, Stanford is the defending national champions. But this battle for the chance to defend their title wasn't a cakewalk like all but one of the games in the tournament have been for the Cardinal.

When you get to Elite 8 games, there's no telling how they're going to end up. Sometimes they'll end in blowouts and other times they'll be closer than anyone truly admits they like. More often than not, Elite 8 games will turn into an absolute battle. That's exactly what Stanford's 59-50 win over Texas turned out to be.

When I say this game was an absolute battle from the very beginning, I mean it. Sure, it wasn't as thrilling 91-87 2OT win that secured Uconn's ticket to the Final Four over NC-State that occurred the night after. The great thing about basketball is that you don't need multiple overtimes to enjoy an absolute thriller of a game.

The first quarter set the tone for what this game would inevitably turn out to be. It took almost two minutes for either offence to get going. Stanford got on the board first courtesy of a Haley Jones jumper. Baskets see-sawed between the Longhorns and the Cardinal with no team winning the quarter.

Stanford did struggle to get around Texas' press defence which stunned their ability to put up large numbers on the board. Both teams headed into the second quarter all knotted up at 14.

I can't say that the rest of the game was vastly different from the first quarter but there were definitely some key elements that made them each stand out from each other. Each quarter was a matter of trading baskets and trying to evade one teams' press defence to get the offence going. Here's what I mean.

Texas started off the scoring in the second quarter within 28 seconds from the start. It took two minutes and six seconds for either team to score anything. Stanford broke the cold streak by draining two shots from the stripe.

The coming trend in this quarter was turnovers from both teams whether it be from steals or offensive violations. Both offences pretty much picked up in the latter half of the second with teams trading layups and threes. In the end, Stanford outscored Texas 16-13 to take a 30-27 lead heading into the half.

There's no doubt the third quarter made both fan bases' hearts beat out of their chests. Stanford immediately went on a 5-0 until UT's Rori Harmon broke it, hitting two jumpers in a row.

Until the 4:32 mark, Stanford was able to pretty much contain their lead due to Texas missing free throws and committing turnovers. At that 4:32 mark was when Texas fans got hope again and Stanford fans started to panic. UT's Joanne Allen-Taylor drained two from the line to knot the game up at 37.

Thankfully for Stanford, Haley Jones was fouled on a three-point attempt and sunk all three of her free throws. Stanford outscored Texas 15-13 to take a 45-40 lead heading into the final quarter.

Welcome to the fourth quarter where so much defence was played that it seemed like no one was going to score. Okay, I'm exaggerating a bit over there but when I say it took nearly three minutes for anyone to make a shot, I'm not kidding.

Missed shots, fouls, and turnovers galore defined the first two minutes and 21 seconds of the fourth. Allen-Taylor hit a jumper to get the scoring rolling. After that, despite the quarter being another low scoring one, both teams traded buckets, turned the ball over, got a nice amount of steals, and two players, one from each team, fouled out.

Allen-Taylor for Texas and Fran Belibi both fouled out in the fourth quarter leaving both teams without some crucial pieces down the stretch of regulation. Stanford ended the game on a 6-0 run all courtesy of free throws to outscore Texas 14-10 en route to their eventual 59-50 win to punch their ticket into the Final Four. Emma-Nnopu logged one minute of game time only recording a foul.

As the saying goes, "offence wins games, defence wins championships." Stanford will have their hands full with a UConn squad coming off that 2OT thriller against NC State. These squads face off on April 2 at 11:30 am AEST for a chance to punch their ticket to the 2022 National Championship.