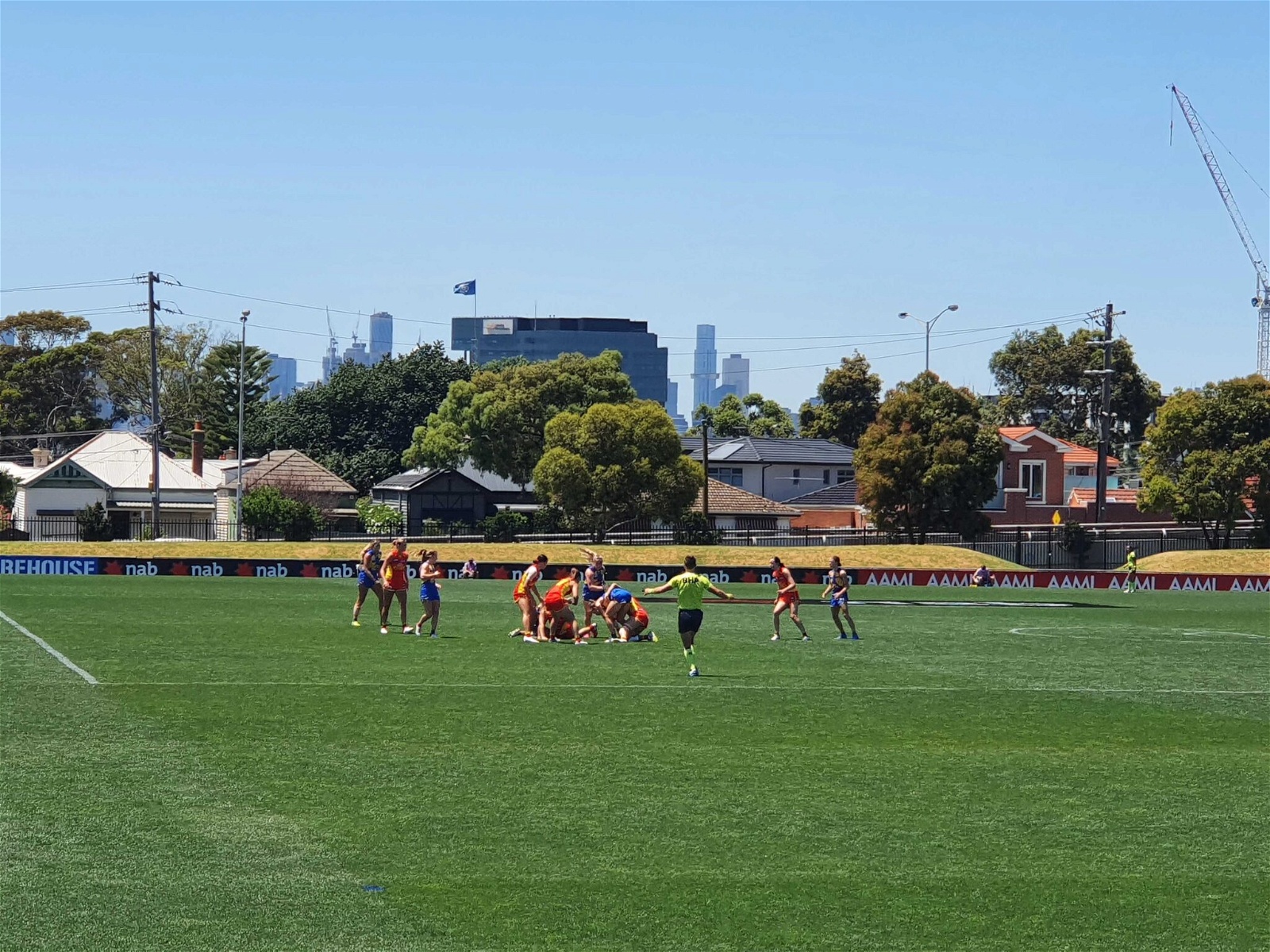 Eagles blinded by Suns after a blazing final quarter

Eagles blinded by Suns after a blazing final quarter

Gold Coast has its first win for the 2022 AFLW season on the board after beating West Coast by 13 points in a stunning final quarter contest.

This win also marked the side’s first win under Cameron Joyce who is in his inaugural season and the teams first since 2020.

The first three quarters were a tough watch, as both sides were error-riddled, inconsistent, but heavily contested, but the final quarter was a different story.

Overall Gold Coast looked to be the better, more composed side, especially in the first half, as West Coast just couldn’t find the space it needed.

West Coast began to find the momentum it needed in the third quarter and boded well for them in the final term. The scoring floodgates opened as West Coast appeared to stage a comeback, kicking three goals courtesy ofMikayla Bowen,Kellie Gibson, andMaddy Collier.

But as the song says, the Gold Coast Suns are the team who never say die.Kate SurmanandTara Bohannatook matters into their own hands, combining for five goals in seven minutes and leading their side to victory.

The duo, have proven the danger the Suns forward line can pose, as hasSarah Perkinswho had several strong moments and a goal to show.

In her second AFLW game,Charlie Rowbottomcould be well on her way to a Rising Star nomination after influencing the contest with 12 tackles and 17 touches.

Ellie Hampsonwas also key but was placed on report for a dangerous tackle on West Coast's Grace Kelly in the second quarter. Also looking solid for the Suns wasKalinda HowarthandJamie Stanton, who played their respective roles well and made plenty of meaningful contributions.

In the other camp, partners in crimeEmma SwansonandDana Hookerwere strong and lead the midfield well, as per usual. Meanwhile, Bowen worked hard across the ground and had plenty of strong second efforts and the ever-consistentBelinda Smithwas solid down back.

This clash also now holds the record for the most free kicks conceded in an AFLW match, with West Coast finishing with 25 frees while Gold Coast had 31.

Gold Coast meets Brisbane next week at Metricon in the Q-Clash, while West Coast travels to Adelaide to play the Crows still searching for its first win of the season.