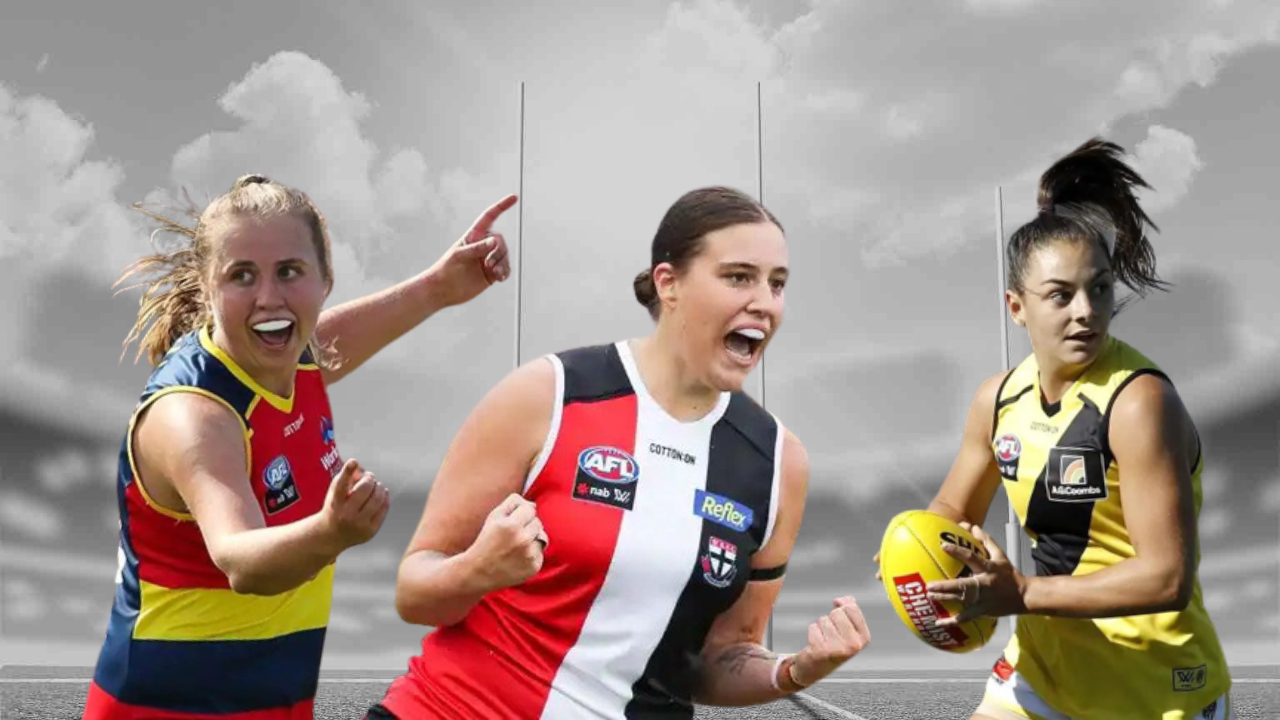 AFLW Season Seven Team of the Week: Round 2

Round two of the AFLW has been run and won. Here's who we thought shone this weekend.

AFLW Season Seven Team of the Week: Round 2

Round two of the AFLW has been run and won. Here's who we thought shone this weekend.

Biddell was arguably the Crows' best player, helping stem the flow of the Richmond attack.

Racking up 20 disposals and six important marks, the defender earned nine of a possible ten votes in the AFLCA Champion Player of the Year voting.

Resolute and reliable, Livingstone is the epitome of a pillar in defence.

It is hard to imagine Collingwood's defensive line without her - and maybe that is because she hasn't sat on the bench since 2018.

The 34-year-old intercepted multiple shots on goal and was always there to scoop up any kicks that had fallen short, steadying the Collingwood ship when it was needed most.

When Melbourne's Daisy Pearce started getting up and about in the first half, Wright came to spoil the party and shut Pearce down by playing in front and ensuring her opponent had to work hard for every possession.

This move influenced the game's final result, as Melbourne could have easily broken away but finished with a meagre two-point win.

It took her a bit to get into the game, but once she was in it, there was no stopping Blackburn's pace, skills, and smarts.

Her leadership was on show not only on the field but also during Britt Gutknecht's injury; she rallied around Gutknecht's family and fellow teammates, and when it came time to take the field after 30-odd minutes of halted play, she helped galvanise the group to usher them to a solid win.

While the stats might not show it, Shevlin played a vital role down back, being in the right place at the right time to put off the Crows' attack.

Relishing her role as a rebounding defender, Shevlin was able to stream forward and kick a goal on the run from 45m out in the third quarter.

Hill is proving week in, week out that she is one of Carlton's - and the competitions - best mids.

In round two, she collected the most possessions of anyone in the game, with 21, 16 of which were contested.

Two goals, 20 possessions, and seven tackles are pretty solid stats to finish a game with, and that's exactly what Bates did.

It is obvious that, despite being the reigning league best and fairest, she has taken her game to another level and can swing momentum off her own boot.

In this game, the hard runner helped Brisbane take control in the middle quarters, which was the catalyst for the eventual score blowout.

Garner is one of North Melbourne's most valuable assets, and she proved it with her 22 disposals and five tackles on Friday.

Her laser focus and drive made her the most dangerous player on the field.

She is only the third player to collect the perfect 10 AFLCA Champion Player of the Year votes in both of the first two weeks of an AFLW season.

Toogood was one of the Bombers' best in their first matchup against Carlton. The Bombers almost pinched the win, and a big part of that was the work that Toogood put in ahead of the ball.

She had 16 disposals and six tackles in a ferocious effort, keeping the Blues' rebound at bay and stopping any fast play escaping. While not having the same impact on the scoreboard as last week, Toogood was still instrumental in the Bombers' performance, as they almost shocked the Blues.

Bodey started the game quiet thanks to the defensive effort of GWS's Pepa Randall, but when Randall went down with an ACL injury, no one else could hold Bodey back.

A huge snap from 40m out in the second quarter will be one of the many highlights added to Bodey's reel and was one of the two goals she finished the game with.

She had 13 disposals and three tackles in her inspiring performance.

Shierlaw is having a ripper start to the season; by just round two, she has already equalled her season record of goals kicked after nailing two majors in her game against Hawthorn.

She was the one to start the goal-kicking spree St Kilda would have with a set shot, then slotted another in the third, but also had an important role in the ruck.

Greiser's strength and flair was on full show on Sunday, as she slotted one of the Goal of the Year nominations for the round with a snap kicked on the run, which tumbled through the big sticks.

She finished the game with three goals and stood tall in the forward 50 ruck contests with seven hit outs.

It was the Vescio show early on as the pacy forward kicked a gorgeous snap to start the game against old foes Essendon.

They kicked three goals, which proved to be the difference in the Blues' one-point win,

This spot nearly went to North Melbourne's Kim Rennie, but Moody's incredible performance could not be understated.

With a whopping 30 hit outs to her name, Moody's dominance in the air was vital to supplying the ball to her midfielders, who were all outstanding.

She also had six tackles and 12 disposals in her well-rounded performance.

McDonald led the way in the possession count with a whopping 29 to her name, thanks to being at the fall of the ball at many contests.

When Fremantle held the momentum early in the match, it was McDonald's determination and ability to assist teammates in scoring that helped flip it and get Geelong on top.

It seems impossible, but Conti seems to get better every week, and round two was no different - up against the likes of Crows stars Anne Hatchard and Ebony Marinoff, she shone just as brightly.

Conti racked up 26 disposals, seven tackles, and five clearances in a team best-on-ground performance, which resulted in receiving nine of a possible ten votes in the AFLCA Champion Player of the Year voting.

Lamb had a busy day in the middle, and she ended up with 18 disposals and five tackles, just like her teammate in Blackburn.

Her ability to hit a target and be in all the right places at the right times helped her earn a perfect 10 in the AFLCA Champion Player of the Year voting.

Talk about standing up when you're needed most. After debuting earlier this year, Ballard spent the rest of the season trying to find a permanent spot in the competitive Crows side.

Her hard work in the off-season has paid off in spades, as she has played both games this season, and she has rewarded her teammates in turn with a match-winning performance against Richmond.

The Crows were down in the last quarter, but Ballard's intercept-turned-first-AFLW-goal and then the conversion of a set shot proved to be the difference.

Playing in her 25th AFLW match but only her second with the SUNS, Whitfort is finding her feet and playing an influential role in her team's midfield.

Her work rate in the middle was hard to miss, as she collected 21 disposals and laid four tackles.

Prespakis continued the momentum of last week's match-winning effort by being everywhere at once, providing deeper inside 50 entries, and even scoring a major herself.

In one of her best games to date, Rennie had to take on the likes of Lauren Pearce, Tayla Harris and Eden Zanker in the ruck and won many of these battles.

She finished with 18 hit outs, four tackles, and ten disposals to her name, and a highlight was a considerable torp which landed in the goal square, duly converted by Emma King.

It would be harder to find a tougher nut from round two than Molloy.

Molloy was crunched on a number of occasions, including one after which she looked like she'd lose her breakfast, but every time she got back to her feet and was an important player across the field.

Her composure and smarts throughout the game, along with the goal she kicked, were essential in the Magpies' win over Sydney.