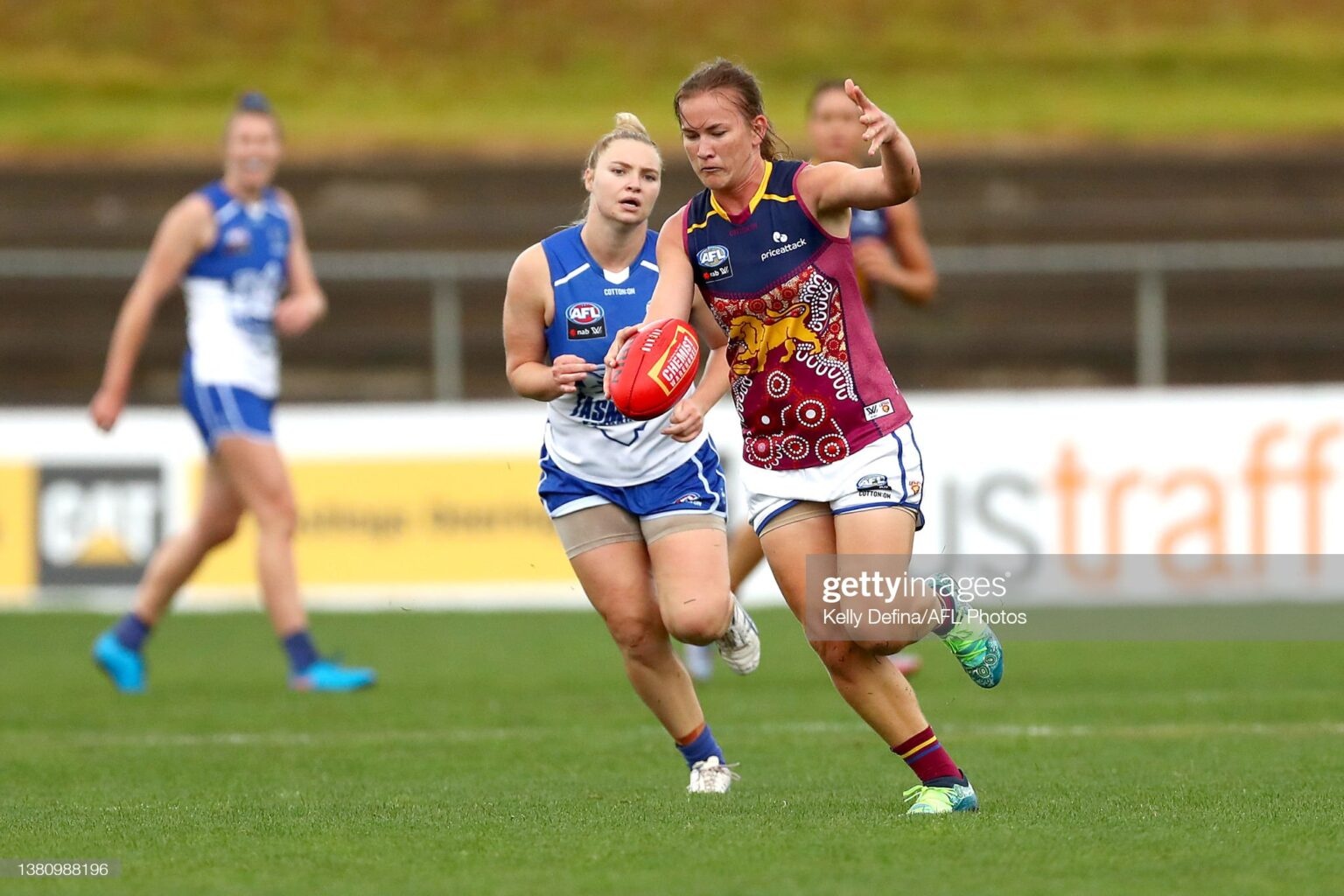 Sunday's action of AFLW Round Nine was one for the history books, with milestones, broken hearts and clinical performances all day.

Sunday's action of AFLW Round Nine was one for the history books, with milestones, broken hearts and clinical performances all day.

The momentum kept rolling for the Adelaide Crows in Round Nine, but there was plenty of action around the grounds on Sunday.

The Brisbane Lions, the Carlton Blues and the Crows all won, as the penultimate round of the home and away season drew to an end. Catch up onall the action from Saturday here.

The Brisbane Lions took to the field at VU Whitten Oval in Melbourne, instead of its scheduled home game at Maroochydore, after severe flooding in Queensland.

The Brisbane was celebrating the 50 game milestone for both Emily Bates and Ally Anderson as the pair became the first AFLW players to reach the milestone.

North Melbourne had the fast start, with Jasmine Garner getting the first goal of the day. That was as good as it got for the local team.

Sophie Conway was key to the Lions' fast start, with two first half goals. They piled on the pain, kicking five goals straight to jump out to a huge lead.

The Lions struggled with accuracy in the wet weather, but it didn't let the Kangaroos back into the match. The Lions cruised to the win, keeping last year's premiers in position for another finals berth.

For the Lions to make a top two-spot and secure home finals, they will require the Crows or the Demons to slip up next week.

Crows hang on in thriller to celebrate Marinoff's 50th

The Adelaide Crows were challenged by the Collingwood Magpies, with the match coming down to the final moments in a thriller.

The Crows were celebrating Ebony Marinoff's 50th game, and are in full pursuit of a top-two spot to secure home finals.

The Blues continued their late-season hot streak as they strung together another big win. The Suns came into Round Nine requiring a win to keep any hope of a finals berth alive.

Nicola Stevens helped Carlton jump out of the blocks, with two first quarter goals, as Jess Good made it three before Gold Coast even started.

Tara Bohanna and Ellie Hampson led a fightback for the Suns, but momentum was halted after Sarah Perkins couldn't manage to convert her own set shot.

Instead, the second half started with Jess Good taking the momentum back for the Blues, and from there they ran away with it, as Courtney Jones goaled, before Georgia Gee and then Darcy Vescio put the icing on the cake.

Despite the Suns' best efforts, they were unable to make up the margin and get on top of the Blues to keep their finals hopes alive.