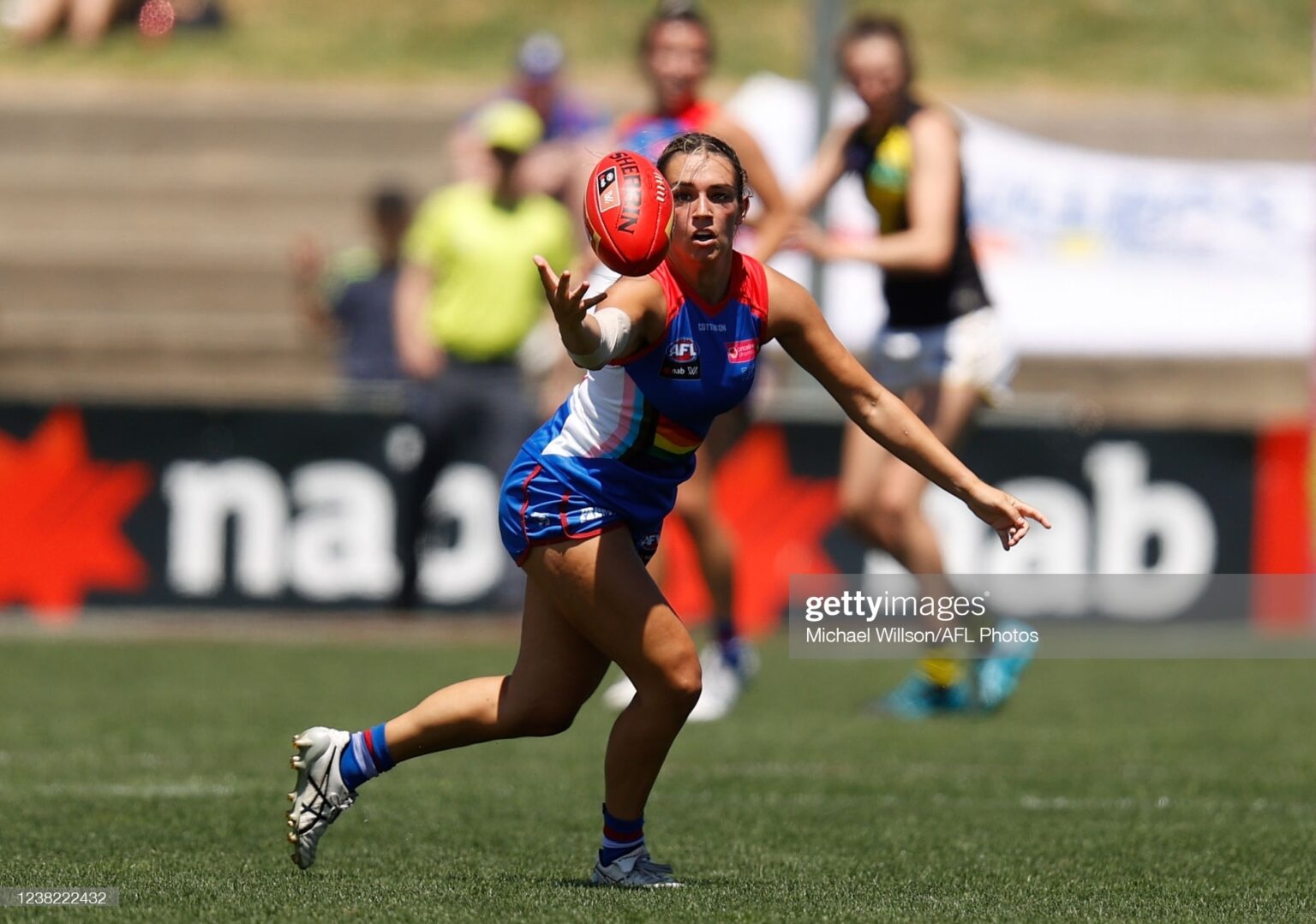 Round Five of the AFLW continued with two big upsets shaking up the pecking order of the competition as the Crows asserted their dominance.

Round Five of the AFLW continued with two big upsets shaking up the pecking order of the competition as the Crows asserted their dominance.

Round Five of the AFLW season continued today with three dramatic clashes, including a couple of major upsets.

Catch up on all the action from a thrilling first half of the roundhere.

The Western Bulldogs are on the board in 2022 after defeating a depleted Tigers line up by 17 points at Whitten Oval.

The Dogs got out of the blocks right away kicking the first goal of the game thanks to a goal from Nell Morris Dalton towards the end of the second.

Bonnie Toogood extended the Bulldogs lead kicking a goal thanks to a free kick at the top of the goal square.

Richmond Captain Katie Brennan got the Tigers only goal of the game early in the second quarter with a nice snap from the boundary, thanks to a nice pass from returning star Ellie McKenzie.

From there it was all Bulldogs with captain Ellie Blackburn kicking off the dogs second half in style with a nice goal and then quickly followed by a goal from ruck Celine Moody which was her first goal in her AFLW career.

For the Tigers to was former dog Monique Conti who was the best for the visitors with 19 disposals and four tackles.

It was the icing on the cake for coach Nathan Burke who not only coached the side to its first win of 2022 but also got the win on his birthday.

The Tigers were left wounded with three players going down the course of the match due to significant injuries Laura McClelland suffered an ankle injury, Hannah Burchell a serious knee injury and Kate Dempsey went down with a suspected Achilles injury.

The Adelaide Crows stretched their winning streak to five matches to stay as the last undefeated team, with a big win over Carlton Blues.

Fremantle Dockers came into Round Five undefeated, and heavily favoured against North Melbourne. The Dockers were battling an extended road trip and Covid-19 difficulties making this their fourth match in 16 days.

While the match was close early, with each side scoring a goal and a behind in the first quarter, the key players for the Dockers were absent.

Sophie Abbatangelo set the Hobart crowd alight by kicking the first goal of the match, in a fitting homecoming for the Tasmanian.

The Kangaroos proceeded to dominate the arm wrestle but were unable to kick straight, with eight straight behinds following the first goal.

Ebony Antonio had only one disposal to halftime, while superstar Kiara Bowers served the first match of her two-game suspension.

In Bowers' absence, Gemma Houghton moved into the midfield, while Jess Low was tasked with tagging the Kangaroos' Ash Riddell.

Riddell had 24 disposals, but never really broke the tag, with a limited impact with ball in hand, but contributed eight tackles. Jasmine Garner stepped in, collecting 29 disposals, although she was a culprit of the poor kicking by the team, with three misses.

The Dockers appeared to have life at the three quarter time break, as Ebony Antonio cancelled out Bella Eddey's goal with one of her own on the stroke of the break.

In the end, Tahlia Randall went forward, to a big contested mark and kicked truly, putting the result beyond doubt in the fourth term as the Dockers ran out of steam, and were unable to get over the top.

The Kangaroos are now fourth, level with the Dockers on just one loss, but behind the Dockers massive percentage of 187.3.