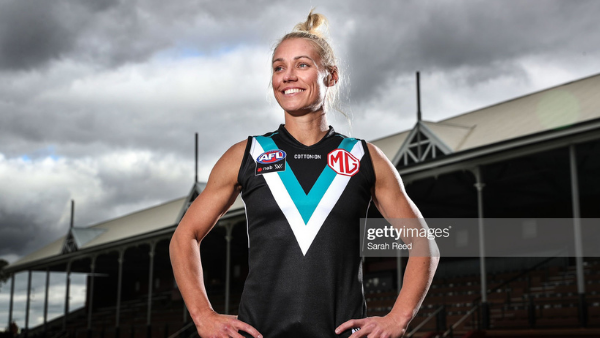 As the AFLW Expansion period drew to a close on Monday, we take a look at each of the four expansion side's signings.

As the AFLW Expansion period drew to a close on Monday, we take a look at each of the four expansion side's signings.

The AFLW Expansion period has come with shocks right across the board and feel good homecoming stories. As the expansion period drew to a close on Monday, we take a look at each of the four AFLW expansion side's signings.

Essendon started its expansion signing period with a bang, announcing Carlton star duo Madison Prespakis and Georgia Gee were the first to commit to the club. The Bombers could have easily gone to its undefeated VFLW side and selected a majority of the players for the upcoming season.

The club has made some smart plays and now has one of the more experienced lists of the four expansion sides. Bonnie Toogood and Stephanie Cain are two of the most skilled players moving from one AFLW list to don the sash in season seven.

Hawthorn looked to its VFLW program to build its list, being one of the early movers in signing players with Bridget Deed being the club's first signing.

Bec Goddard and the Hawks then bolstered the VFLW talent with some great names in the game, with  Sarah Perkins, Jess Duffin and Tilly Lucas Rodd among the AFLW talent that the Hawks have secured on their list.

Port Adelaide had the chance to pillage reigning premiers Adelaide’s player stocks, and while three Crows have made the switch, including superstar of the game Erin Phillips, the club instead looked interstate to bring SA players home.

Young guns Ebony O’Dea and Indy Tahau will benefit from being closer to home. The biggest shock was Fremantle forward Gemma Houghton announcing her commitment to the Power - imagining her and Phillips as a two-pronged attack would be daunting for many clubs.

STURT ‘UP FOR THE FIGHT’ IN DEBUT SANFLW GRAND FINAL APPEARANCE

The Swans have selected a mix of rising talent from both the QBE Sydney Academy and at AFLW level with Bella Smith and Sarah Dargan making their way to the Swans as well as some experienced AFLW players, like 2018 leading goal kicker Brooke Lochland and Giant Rebecca Privitelli.