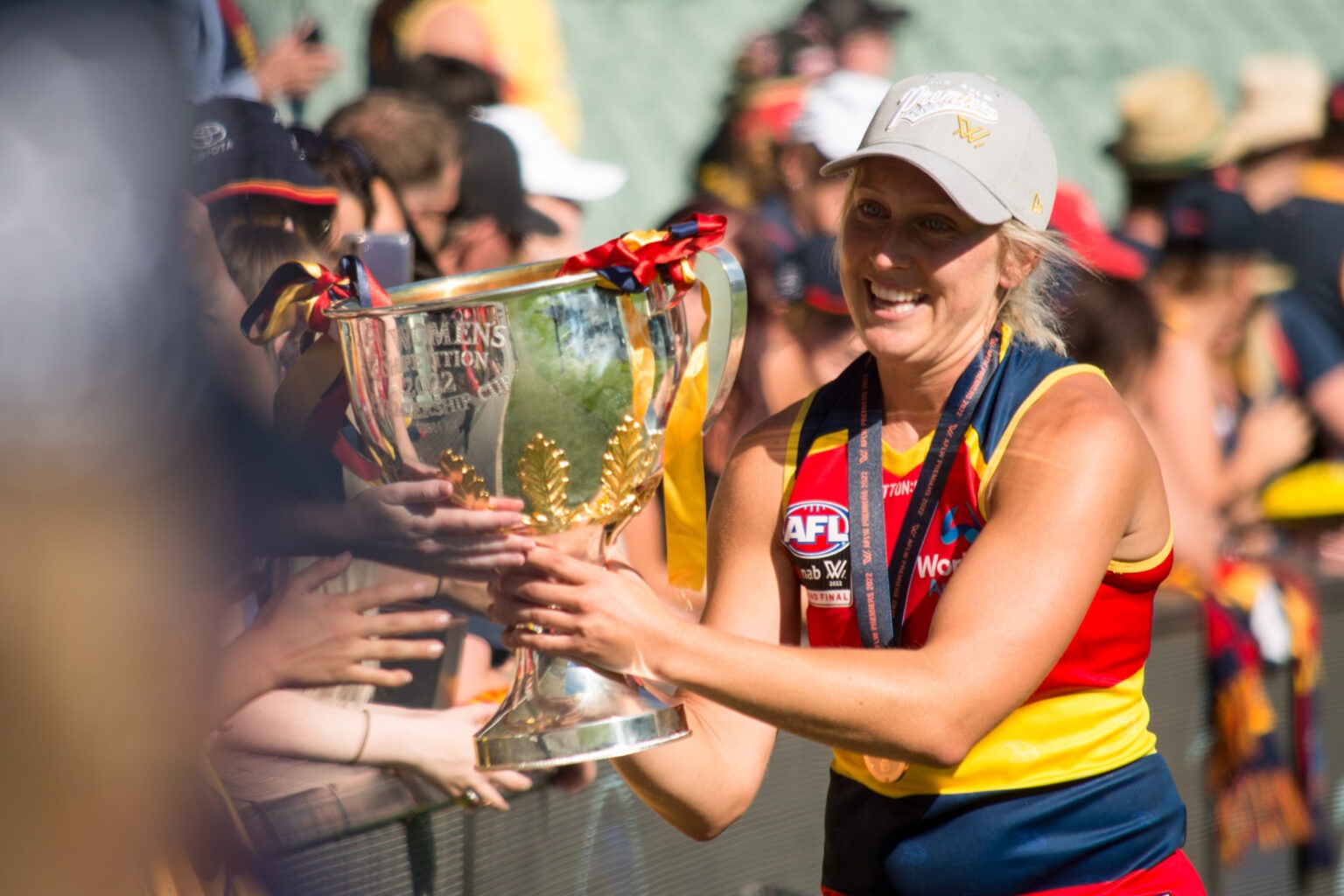 The Adelaide Crows are AFLW premiers for a third time, after beating the Melbourne Demons in the grand final, winning by 13 points.

The Adelaide Crows are AFLW premiers for a third time, after beating the Melbourne Demons in the grand final, winning by 13 points.

The Adelaide Crows are the AFLW premiers for a third time, after beating the Melbourne Demons by 13 points at Adelaide Oval today.

The Crows were the first AFLW premiers, six years ago, and came close to becoming three-time premiers last year, before falling to the Brisbane Lions in the grand final.

The legacy of the dominant club has been so visible over the years, and the Crows left a lasting memory of a dynasty with a strong performance.

For the eighth time in 12 matches this season, the Crows kept their opponents goalless in the first quarter.

While Jasmine Hewett was the only goalscorer in the first quarter, the Crows started with plenty of forward pressure.

Erin Phillips kicked the second goal of the match, giving the Crows a 17 point buffer early in the second quarter. The goal marked Phillips' 50th goal in the AFLW competition, and she is just the second player to reach that milestone, behind Darcy Vescio.

It was a strong half for the Adelaide Crows, with the only blemish their goalkicking, as they piled on two goals and five behinds at the main break.

Alyssa Bannan breathed life into the Demons, with a sharp goal late in the second quarter to bring the margin back to ten points.

The Demons struggled in the first half, with Sarah Allan, Marijana Rajcic and Chelsea Randall making life difficult for the Melbourne forwards. Daisy Pearce had two disposals at half time, while Tayla Harris did not record a disposal in the first half.

On the flipside, the Crows were starting to find their rhythm, with strong play all over the ground, and a lack of composure in front of goal the only thing keeping the Demons in the game.

The second half started with a bang, as Danielle Ponter goaled within the first 15 seconds, stretching the lead back out to almost three goals.

The Demons started with a new intensity in the second half, pushing Tayla Harris up the ground, and leaving the pace of Kate Hore in the forward 50 for the Crows' defence to worry about.

It worked, as Hore pegged the Crows back for a goal of her own late in the third quarter, leaving it all to play for at the final break.

The Crows came out of the break with a renewed fire, and a clear desire to move the ball quickly.

A fast-moving passage of play up the wing, started with player of the match Anne Hatchard, finished with Ponter's second goal, and the sealer.

From there, the desperation of Melbourne wasn't enough to break through the Crows' defensive wall, as Allan, Rajcic, Randall and co stood tall in the final moments.

For the Crows, as the siren sounded, the relief was clear, after the crushing Grand Final loss to Brisbane 12 months ago.

The dynasty that has dominated the first era of AFLW have been shown to be the best in the league again. The next era will start with the addition of four new teams before next season, and there will be more pressure on the Crows to maintain their dominance.