A prominent part of any major awards show is the red carpet and at the 94 Academy Awards there were incredible looks while other's just missed the mark. 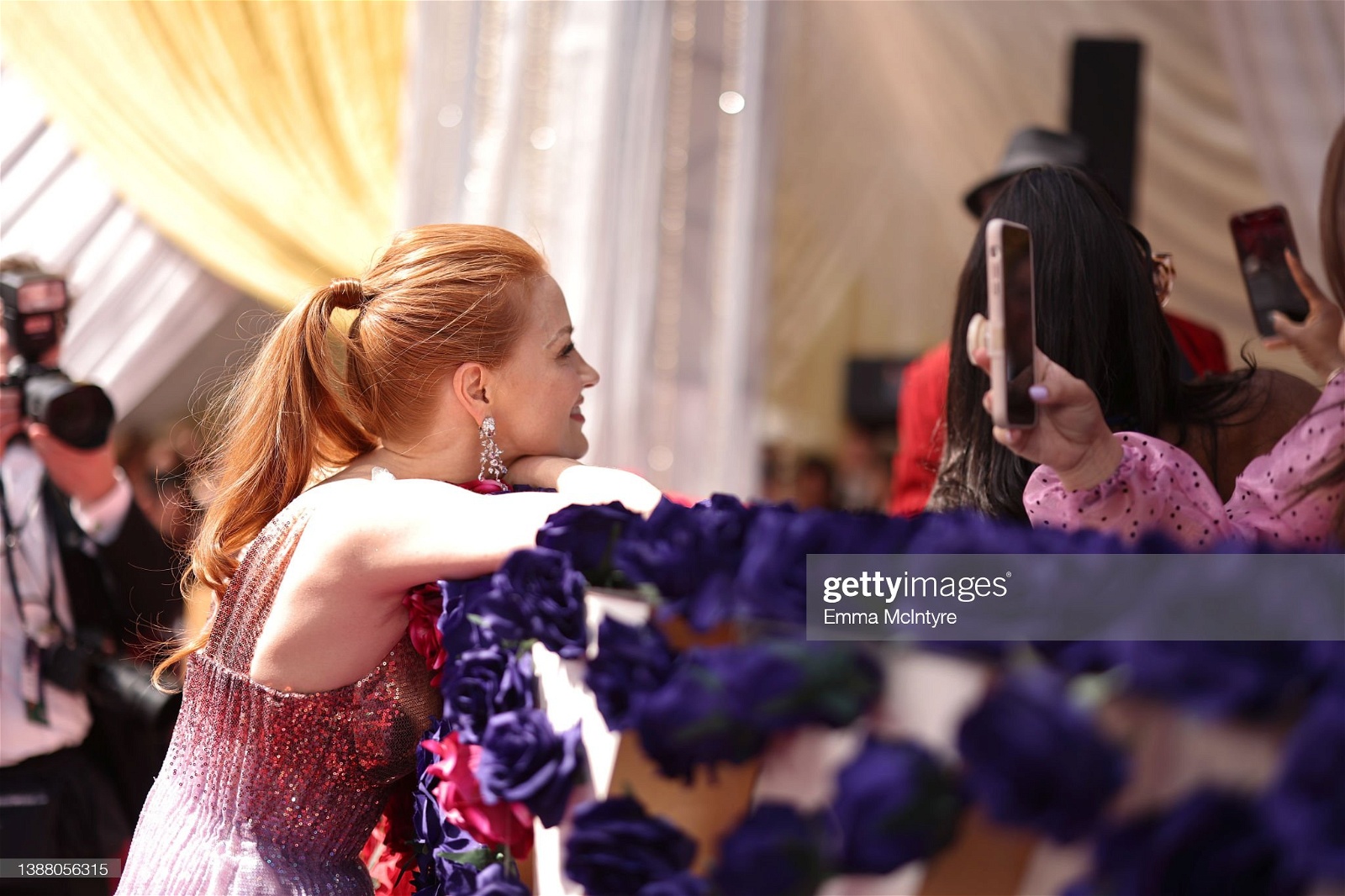 A prominent part of any major awards show is the red carpet and at the 94 Academy Awards, there were incredible looks with reds, pinks and blacks featuring prominently.

The Looks That Hit...

When has Lupita Nyong'o ever turned a bad look on the red carpet? Dressed in Prada she was a vision in gold with very simple styling by Micaela Erlanger, allowing for the dress and Nyong'o to shine on the red carpet.

Dressed in Versace, Simu Liu hit the red carpet in a striking red suit, but he didn't blend into the flooring and instead stood out amongst the crowd of guests, undoubtedly he'll look just as incredible on stage as a presenter.

Nominated for Best Actress forThe Eyes of Tammy Faye, Jessica Chastain is also a solid nomination for best dressed at the Oscars this year. Dressed in a mauve Gucci gown the textures of the dress coupled with Chastain's wonderful hair and makeup she was a vision on the red carpet.

Co-hosting tonight's event Regina Hall looked incredible on the red carpet tonight, the Vera Wang gown compliments Hall's hair and makeup impeccably, with the simple look perfect for Hall's many, many looks during the show.

This might not even end up being Hall's best look of the night but on the red carpet, she outshined many of the guests for this year's show.

From the velvet burgundy coat to the funky black bow, it's hard to fault Garfield especially when even his hair is styled with such precision. He's got a fight for Best Actor but he's one of the best dressed men hands down.

The Williams sisters have been known for their style on the tennis court for years but the rare times they grace a red carpet they know how to serve up a look. With Serena in Gucci and Venus in Elie Saab both women stand out individually.

It's hard to say which one this writer likes more with both looks being so different and yet wonderful in their own ways but needless to say they both made their mark at this year's Academy Awards.

With the Williams sisters looking impeccable tonight it's not surprising that Saniyya Sidney who plays Venus Williams inKing Richard, would look phenomenal. In an Armani Prive gown, Sidney is the belle of the ball with the details on the gown making her looks like the princess at the end of a Disney movie.

The 15-year-old has a lot of awards shows in her future and if she continues to serve up looks like this she'll be talked about for years to come on best-dressed lists as well as her brilliant acting performances.

David Oyelowo has had many incredible red carpet looks this awards season and at the Academy Awards he went all out in a yellow and black floral design.

Some might be concerned the suit is too busy but with how it stands out in a crowd of men in drab black suits, the choice to go with a black shirt and tie underneath completes the fantastic look.

A number of women wore pants or shorts at this year's Oscars, but DeBose stood out from the crowd from the tailored pants to the fabulous coat the Oscar winner will be remembered for her gorgeous look as well as her performance of Anita.

When does Zendaya ever miss? Gracing red carpets near-constantly since the release ofSpider-Man: No Way Homethe 25-year old has brought something different to every single one and has looked fantastic the whole time.

Dressed in Valentino and styled by Law Roach, Zendaya will go down as one of the best dressed of this entire awards season and this two-piece ensemble is just a chef's kiss moment for lovers of fashion.

... And those that Missed

The shapeless black Dior gown is similar to some of what Jane Campion has worn earlier in this award season, the difference is at every other award show she's had a better look, a gown that did something different or a suit that looked impeccable.

It's a look that would be forgettable if it wasn't her worst look of the season, it's likely far more comfortable than what most guests are wearing tonight and that's something she can find relief in because it's going to be a long night for Campion withThe Power of the Dognominated for 12 awards but it would have been nicer to see something more like what she wore to the Critics Choice Awards.

Anyone that wore a plain black tux

Maybe it's just this writer, but I'm over giving a plain black tux a pass for doing the absolute minimum for what is expected for most men on the red carpet.

Those that did something different was truly commendable even if it wasn't particularly bold or original but at least it wasn't the same black suit that you can't tell apart from any of the other suits they've worn during this awards season or those of years past.

Now I know what I just said, and there are genuinely good details in Timothée Chalamet's Louis Vuitton ensemble but the bare chest, the over accessorising... it just doesn't work.

Perhaps had he worn a simple button-up underneath the jacket would have carried this look into best-dressed contention but he didn't and it's not.

Conceptually there is nothing wrong with Tracee Ellis Ross's look on the red carpet, designed by Carolina Herrera, and she was clearly feeling herself out there but when it comes down to the details this outfit just doesn't quite work.

From the neck up Ross looks incredible but the lines in the gown, as well as the strange shape of the top, makes it look uncomfortable. Additionally, and this is a case of personal preference the gown is just an awkward length, if it hit the floor or was a few inches shorter it would be all the better.

Dressed in Oscar de la Renta, co-host Amy Schumer couldn't win a trick tonight. Sometimes simple hair and make up work, as does simple styling but for Schumer, it just looks like she couldn't be bothered to try.

This can't just be blamed on only Schumer considering a lot of focus goes into the host's looks and Regina Hall did not miss with a single look this year. However, when even the gown doesn't appear to be sized correctly there is always the question of why Schumer didn't go for something else.