It was an Academy Awards with more drama than even the organisers expected but CODA finally got its moment winning Best Picture while Dune took out six awards. 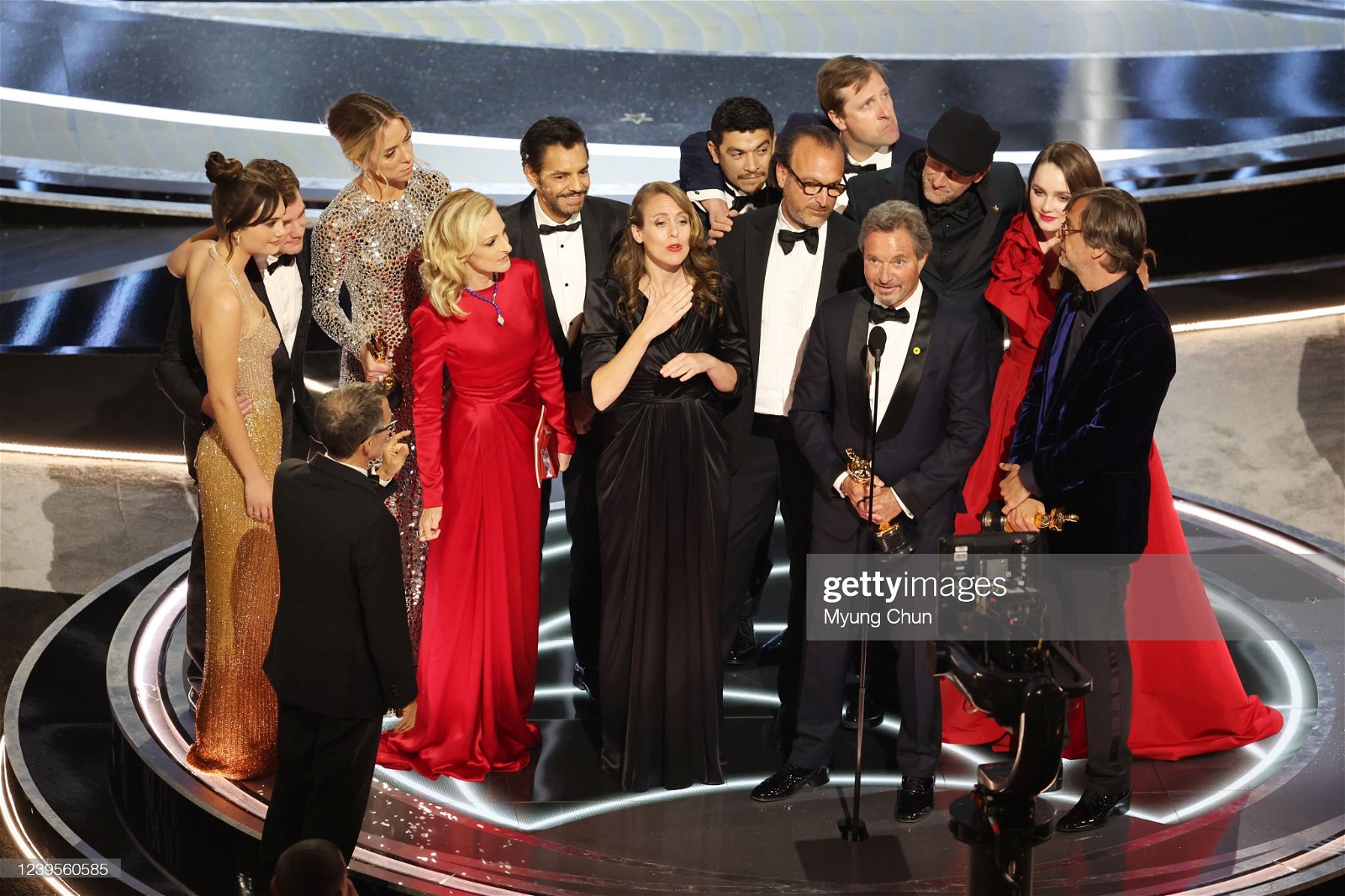 It was an Academy Awards with more drama than even the organisers expected but the beautiful film CODA finally got its moment in the sun winning Best Picture while Dune took out six awards.

The biggest night in Hollywood had many highs and lows, with Regina Hall, Wanda Sykes and Amy Schumer coming together to host the event, joined by an incredible cast of presenters that as always had awkward moments as some struggled with the teleprompter and timing.

The glitz and glam of the red carpet carried over into the show with incredible live performances of the songs nominated for best original song, such as the soft folk song fromEncanto,Dos Oruguitas.

Of course, there were the lows, with eight awards being announced in the hour prior to the show starting, however, there was an attempt to make up for it with brief announcements followed by even shorter speeches so that the Academy rightfully acknowledged some of the most technical awards on offer.

That was whereDunecleaned up winning four of the eight awards that had received a snub by ABC and The Academy executives, including Best Editing and Best Score.

The other major low of the night, and the most talked-about moment of the entire ceremony was the altercation between Will Smith and Chris Rock, debate raged on for close to an hour between the altercation occurring and Smith winning the Oscar for Best Actorabout whether the incident was staged or genuine or if Smith should be removed from the venue but considering Smith's speech it's safe to say the incident was real.

CODAgoing three from three was the biggest high of the night, starting with Troy Kostur's Best Supporting Actor win, becoming the second deaf actor to win an Academy Award. From his beautiful speech in ASL to the heartwarming moment between Kostur and presenter Youn Yuh-jung it was a moment that overshadowed much of the early show.

The second win for Best Adapted Screenplay, putCODAin an excellent position to win Best Picture just asDune's technical wins and Jane Campion's win for Best Director forThe Power of the Dogconfirmed the final award would be a three-horse race.

Then there was Jessica Chastain who took out the Best Actress award for her role as Tammy Faye Bakker in the filmIn the Eyes of Tammy Faye. Chastain gave a powerful speech sending out a message of love, especially to the LGBT+ community.

Jane Campion – The Power of the Dog

Javier Bardem – Being the Ricardos as Desi Arnaz

Benedict Cumberbatch – The Power of the Dog as Phil Burbank

Denzel Washington – The Tragedy of Macbeth as Lord Macbeth

Nicole Kidman – Being the Ricardos as Lucille Ball

Jesse Plemons – The Power of the Dog as George Burbank

J. K. Simmons – Being the Ricardos as William Frawley

Kodi Smit-McPhee – The Power of the Dog as Peter Gordon

Kirsten Dunst – The Power of the Dog as Rose Gordon

The Worst Person in the World – Eskil Vogt and Joachim Trier

Drive My Car – Ryusuke Hamaguchi and Takamasa Oe; based on the short story by Haruki Murakami

Dune – Jon Spaihts, Denis Villeneuve and Eric Roth; based on the novel by Frank Herbert

The Lost Daughter – Maggie Gyllenhaal; based on the novel by Elena Ferrante

The Power of the Dog – Jane Campion; based on the novel by Thomas Savage

Drive My Car (Japan) in Japanese – directed by Ryusuke Hamaguchi

The Hand of God (Italy) in Italian – directed by Paolo Sorrentino

Lunana: A Yak in the Classroom (Bhutan) in Dzongkha – directed by Pawo Choyning Dorji

Summer of Soul (...Or, When the Revolution Could Not Be Televised) – Ahmir "Questlove" Thompson, Joseph Patel, Robert Fyvolent and David Dinerstein

The Queen of Basketball – Ben Proudfoot

When We Were Bullies – Jay Rosenblatt

Ala Kachuu – Take and Run – Maria Brendle and Nadine Lüchinger

On My Mind – Martin Strange-Hansen and Kim Magnusson

Affairs of the Art – Joanna Quinn and Les Mills

The Power of the Dog – Jonny Greenwood

"Dos Oruguitas" from Encanto – Music and lyrics by Lin-Manuel Miranda

"Down to Joy" from Belfast – Music and lyrics by Van Morrison

The Power of the Dog – Richard Flynn, Robert Mackenzie and Tara Webb

The Power of the Dog – Ari Wegner

The Tragedy of Macbeth – Bruno Delbonnel

The Power of the Dog – Peter Sciberras