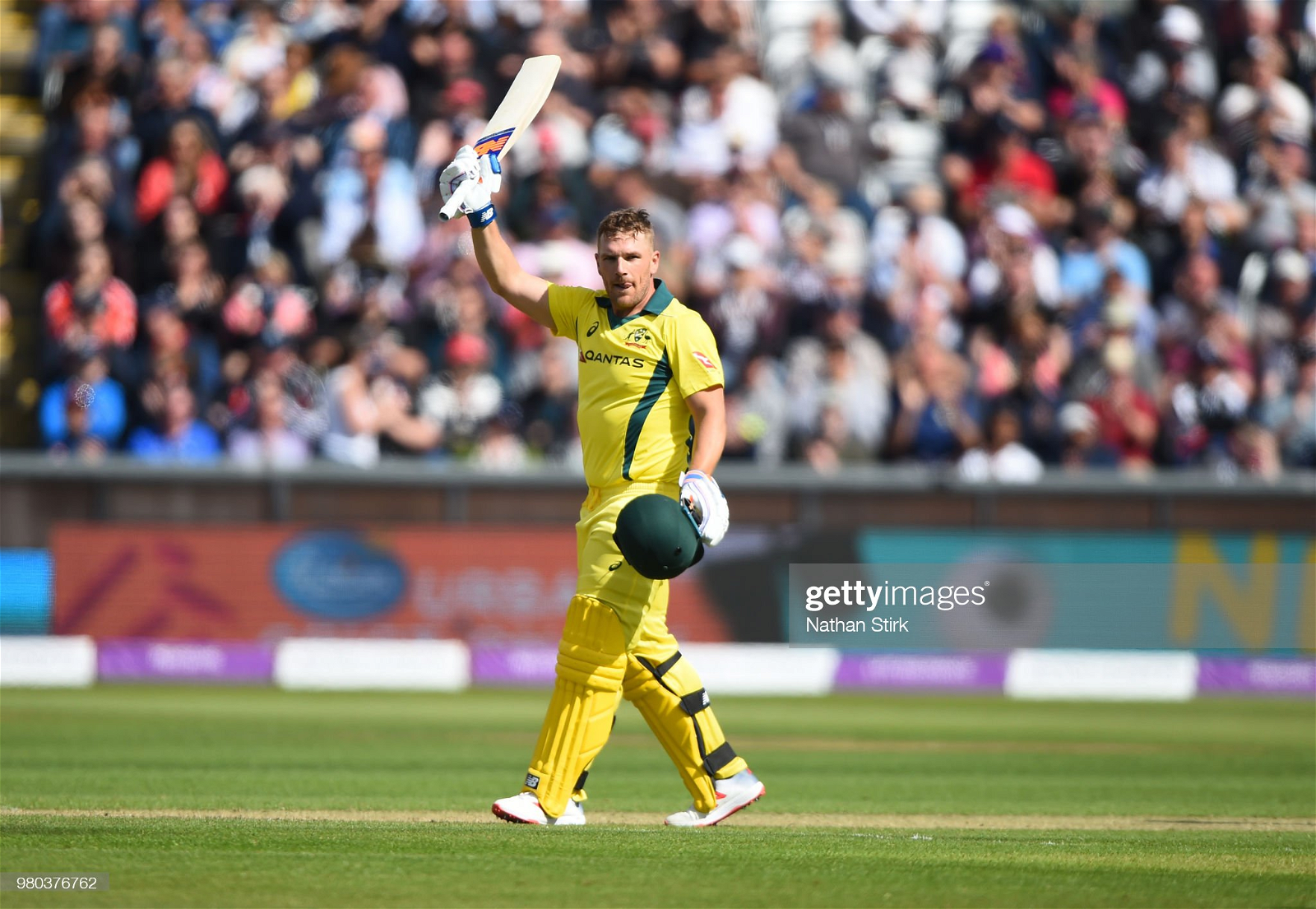 Aaron Finch calls time on one of the great ODI careers

This morning in a press conference ahead of the final ODI against New Zealand, Aaron Finch called time on his career.

Aaron Finch calls time on one of the great ODI careers

This morning in a press conference ahead of the final ODI against New Zealand, Aaron Finch called time on his career.

Mark Waugh, Adam Gilchrist, David Warner and Matthew Hayden. These are the names that Aaron Finch has joined throughout his career in being one of the best ODI openers for Australia.

Only Warner has more runs at a higher strike rate, and with his final innings coming later today, Finch will have the opportunity to equal Mark Waugh and David Warner with 18 ODI centuries.

Warner made his debut in 2013, opening the batting with the late Phillip Hughes. He may have only made 16 runs in that match, but it was clear that Australia had found a long-term option at the top of the order. His first century came later that year with a score of 148 runs from 114 balls against Scotland before later tearing apart almost every country in the world.

The clear highlight of his ODI career was a clean 135 runs from 128 balls at his home ground, the MCG, during the 2015 ODI World Cup. A tournament which Australia, of course, went on to win.

That century came against England, a country which he loved playing against. His average rose to 48 against the English, with seven of his 17 centuries coming against that particular nation.

While there have always been patches in Finches ODI career, it was clear that he belonged at the top of the order. Through a stretch between 2017-2020, he averaged more than 50 with the bat, looking like he was unstoppable. That stretch of runs made him the obvious candidate to be the ODI skipper when Steve Smith received his ban after the sandpaper incident.

He took the captaincy incredibly well, leading Australia into the 2019 World Cup, a tournament where he averaged more than 50 at a run-a-ball. His leadership was inspiring, and while he was a little more laid back than Smith, there was no doubt that his captaincy skills were there.

His captaincy skills are still there; it's hard to think of another Australian captain that could have inspired his side to bowl New Zealand out for under 100 as he did in the second ODI of the current series.

Such was his ODI form through the 2018 period that he was even given a gig in the Test side. While the experiment didn't work out well, with him only producing one score of 50, no one can ever take that baggy green away from him.

Later he would lead Australia to the 2021 T20 World Cup, a tournament it won thanks to a lot of good toss-guessing by Finch. He will lead Australia into the T20 World Cup on home soil in a couple of months, with today just being the end of his ODI career.

Unfortunately, Aaron Finch's ODI form has been a victim of COVID-19. In 2020, he averaged more than 50, and with Australia's 2021 ODI cricket all cancelled, he couldn't quite bring the form back in the way he has in T20 cricket.

In 2022, he averaged just 13, which has made his captaincy and his place in the team untenable. With players such as Travis Head, Ben McDermott and even Josh Inglis now knocking the door down, Finch could not stick around any longer.

Overall, Aaron Finch has brought a calm and collected mindset to the Australian top order and the captaincy in recent years. He's finished as one of Australia's greatest in this format and could even edge out Matthew Hayden in an all-time Australian ODI squad.

With Australia's next ODI not set to start for a couple of months, there is still the question of who should replace Aaron Finch. There are plenty of names being thrown about; could it be Alex Carey? Glenn Maxwell or Steve Smith? That is yet to be seen, but there is no doubt that Aaron Finch leaves a great legacy as a player and captain.