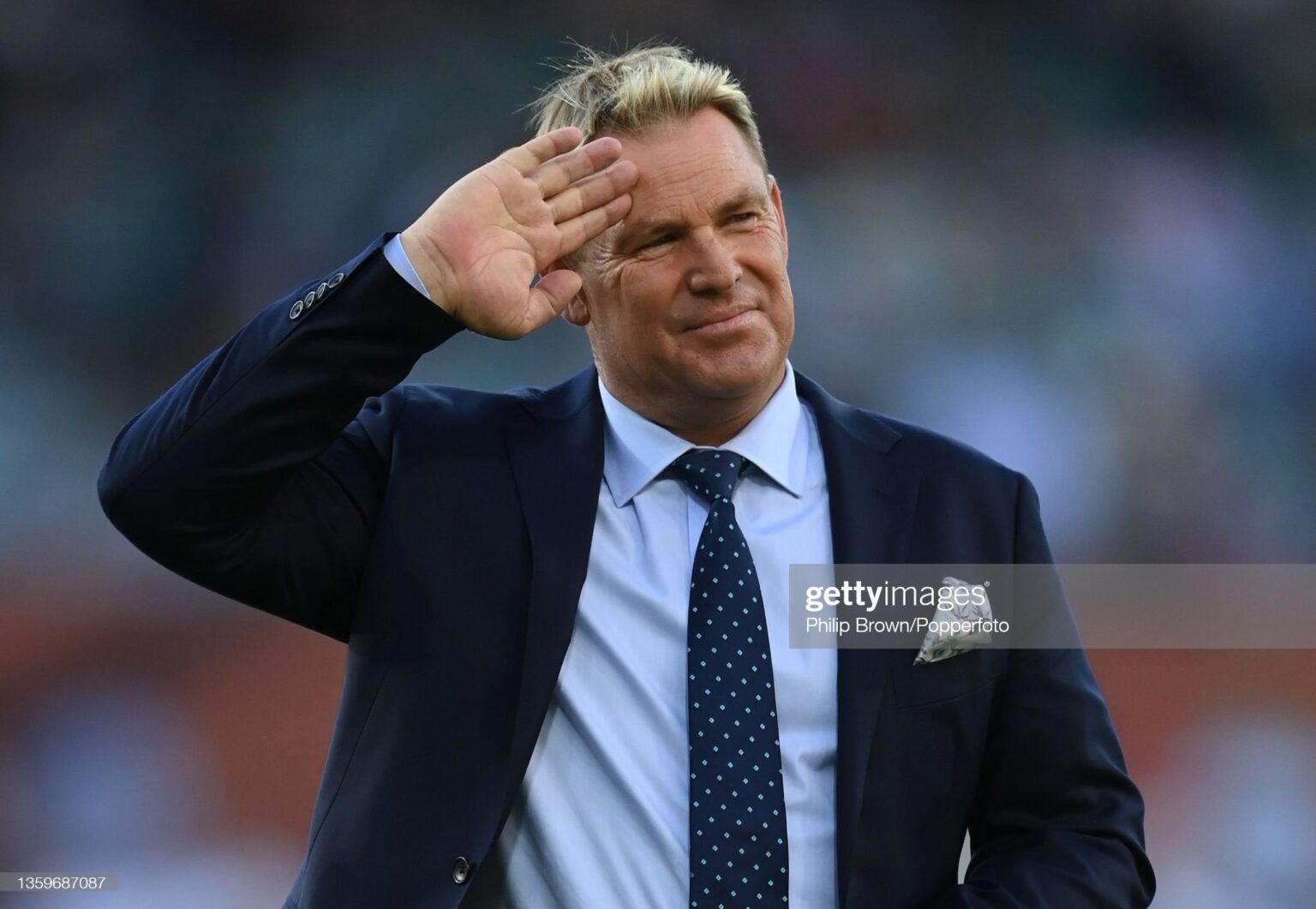 A tribute to the king - Vale Shane Warne

Shane Warne was and will always be a legend of the game, he passed away in Thailand this morning at the young age of 52.

A tribute to the king - Vale Shane Warne

Shane Warne was and will always be a legend of the game, he passed away in Thailand this morning at the young age of 52.

I never met the man; in fact, I’d never been to a live match of cricket that he played, but that didn’t stop the visceral reaction as I read the news that he passed away in Thailand this morning.

Warne was a conflicting figure for many including myself, there were plenty of reasons to disagree with Warne on many things, but he always brought you back in. Warne was a force of personality from when he arrived at the SCG all those years ago to the very end.

His career began all the way back in 1992 against India at the SCG, and he was far from the man we came to know over three decades. He struggled a lot; figures of 1/150 were how he ended the innings but there was something there. He continued to fight the ball up, a sign of the amazing confidence that he possessed and importantly his captain Allan Border believed in him.

Starting at the bottom did mean one thing though, his career could only get better, and that it certainly did. He terrorized every opposition he played against, and let’s not forget that great ball against Mike Gatting which Warne himself admitted in a recent documentary that ‘the one ball changed my life.’

For a whole generation of cricketers, he was their hero that included myself, for me it was Ponting with the bat and Warne with the ball. It’s impossible to think that he won’t be on our TV screens anymore.

The beauty of Warne was the theatre of it all, whether it was outrageous celebrations with the ball or making up different types of deliveries to mess with the batters he was the first of a new generation of cricketers.

A generation that embraced TV and the celebrity that has come from cricketers becoming Australia’s highest-paid athletes.

But it wasn’t just one the field, his colourful life off the field made perhaps more headlines than his life on the field. Whether it be texting scandals or his romantic life, he was consistently front-page news.

Unfortunately, that private life came back to bite him eventually as he missed out on captaining Australia on many occasions, the CA board instead opting for Steve Waugh and Ricky Ponting respectively.

It was on field that I really remember from Warne though, he was the first bowler in the world to take 700 wickets, retiring on a high with a whitewash against England in Australia retiring with his great mates Glenn McGrath and Justin Langer.

Along with a Test high score of 99 he would like to think he was an all-rounder. Whenever Warne had a spare chance he would love to tell the story of why he finished on 99.

After his international career finished up he went off to the IPL as the captain-coach of the Rajasthan Royals. Just because of my age this is where I mostly remember the playing days of Warne from the IPL. My Nana would record those games of IPL on VHS tapes and give them to me just to watch Warne bowl.

Warne then moved towards the commentary box with a very much take it or leave it to approach to commentary. That being said when he was focused on cricket and the tactical side of the game there were few others.

In the last few weeks he put his hand up for the England national coaching job, coaching may have been true calling with him being such a tactical genius.

The tributes have been flowing in from all around the world as celebrities learnt about the death of the great man. From Ed Sheeran to Hugh Jackman to Mick Jagger to Boris Johnson to his cricketing teammates he was widely loved throughout all aspects of culture.

Current Australia captain Pat Cummins for the second day in a row put out a statement about a legend of the game passing.

“On behalf of the entire playing group and support staff here in Pakistan, I want to express our shock and sadness over Shane’s sudden passing. We are all numbed by the news.

“Shane was a once-in-a-century cricketer and his achievements will stand for all time, but apart from the wickets he took and the games he helped Australia win, what he did was draw so many people to the sport.

“So many of us in the playing group grew up idolising him and fell in love with this great sport as a result, while many of our support staff either played with him or against him.

“It has been a terrible couple of days for Australian cricket with the passing of Rod Marsh and now Shane. Our thoughts are with both families and, in Shane’s case, particularly with his parents Keith and Bridgette, his brother Jason and his children Jackson, Summer and Brooke.

“The game of cricket was never the same after Shane emerged, and it will never be the same now he has gone. Rest in peace King.”

In recognition of the amazing work that Shane Warne was a part of, the Victorian Premier Dan Andrews today announced the renaming of the Great Southern Stand at the MCG to the Shane Warne Stand.

This is certainly a hard one to process, especially with Rod Marsh passing away less than 24 hours before Warne, in fact, his last tweet was paying tribute to his former mentor. Warne is survived by his three children, Summer, Jackson, and Brooke.