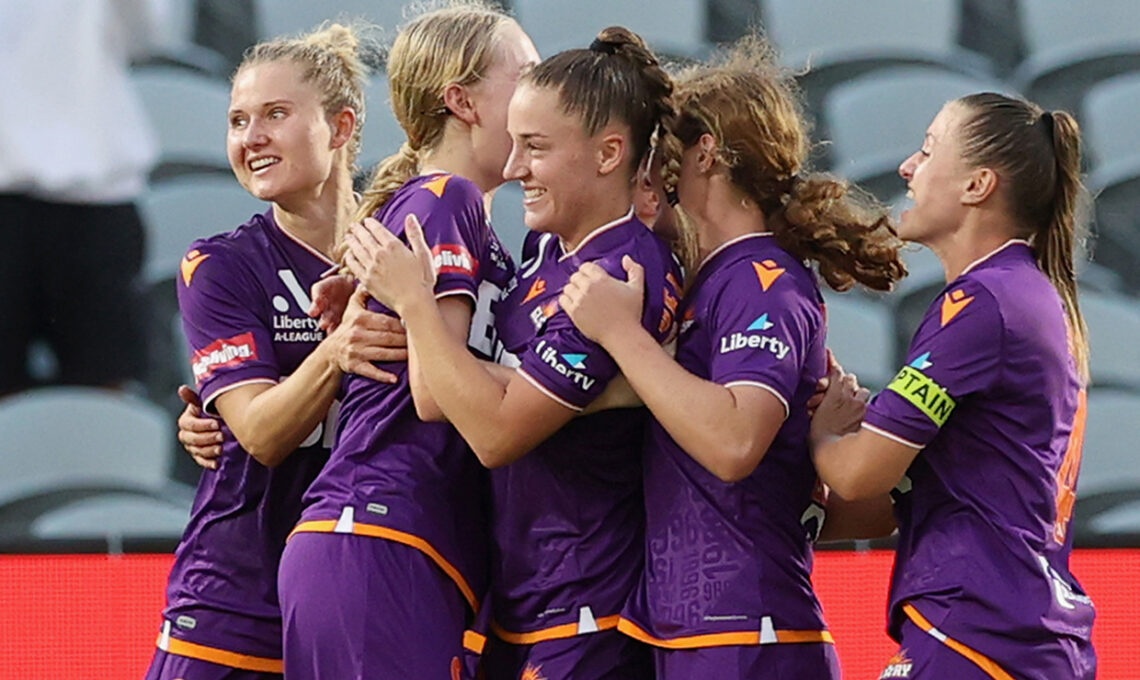 All the action from this weekend's A-League Women matches as Sydney FC gain a statement making win and the pair of Perth and Adelaide boost Finals hopes.

All the action from this weekend's A-League Women matches as Sydney FC gain a statement making win and the pair of Perth and Adelaide boost Finals hopes.

There were only three games this weekend due to the COVID enforced postponements of the Brisbane Roar v Newcastle Jets and Canberra United v Melbourne Victory matches. Sydney FC took the headlines with a statement-making win over Melbourne City in the first against second clash.

The Reds found it hard to convert chances and played with less intensity than we are used to seeing from them. Despite this, Adelaide did enough to get the three points and the only goal came with just under 25 minutes to go.

Isabel Hodgson, on her 50th appearance for the South Australian side, crossed for Paige Hayward to score her first ever A-League Women's goal from close range. Dylan Holmes and Fiona Worts, who produced a delightful knock back were also involved in the build-up.

As the season enters its second half, it's more about results than performances and that was the be all and end-all.

Going into the match, Melbourne City head coach Rado Vidosic had pointed out that Sydney had built their unbeaten start to the season on the basis of not yet playing anyone in the top four. Yet, after a powerful first-half performance and professional job after the break, Sydney emphasized that they can comfortably beat anyone.

Sydney took the lead just after the half-hour. Leah Davidson lost possession in the midfield and Mackenzie Hawkesby pounced to play the ball on to Cote Rojas, who in turn found Princess Ibini around 25 yards out from goal to the right of centre.

The striker's looping pass found Paige Satchell and her first-time effort flew into the far corner of the net. Given her influence on the game, it was a deserved first Sydney goal for the New Zealander.

With 43 minutes gone, Sydney exposed the City defence once more to double their lead. Ally Green, on the left, hit a long ball from inside her own half which Rachel Lowe ran onto, taking advantage of the visitors' high line to take a touch, come inside, and drive a shot to the left of Barbieri for 2-0.

Despite Melbourne City having a good spell in the opening 20 minutes of the second period, with several good chances to reduce the deficit, the only further goal came from the home side.

A free-kick from Green just inside their attacking half of the pitch was allowed to bounce into the box by the City defence giving Lowe all the time in the world to run through fire home with just over 15 minutes remaining.

The win saw Sydney goalkeeper Jada Whyman equal her hero Lydia Williams' all-time record of seven successive clean sheets. It also extended the Harbour City side's incredible goal-scoring run to 18 in their last four games - more than any other team has scored over the course of the whole season so far.

Perth Glory ended yet another difficult week off the pitch with an impressive victory against Western Sydney Wanderers in Gosford.

News during the week that the Western Australian state border will remain closed "indefinitely" hit the squad hard. It effectively leaves them stranded in New South Wales and unable to return to their employers or school.

Glory could have been forgiven for producing a listless performance. However, Alex Epakis' team was dominant offensively from the start.

Five minutes after the break, Perth was awarded a free kick just outside the box to the left, parallel with the penalty spot. Up stepped de la Harpe to fire a curling rocket shot into the far corner of the net. A sensational way to score a first A-League Women's goal.