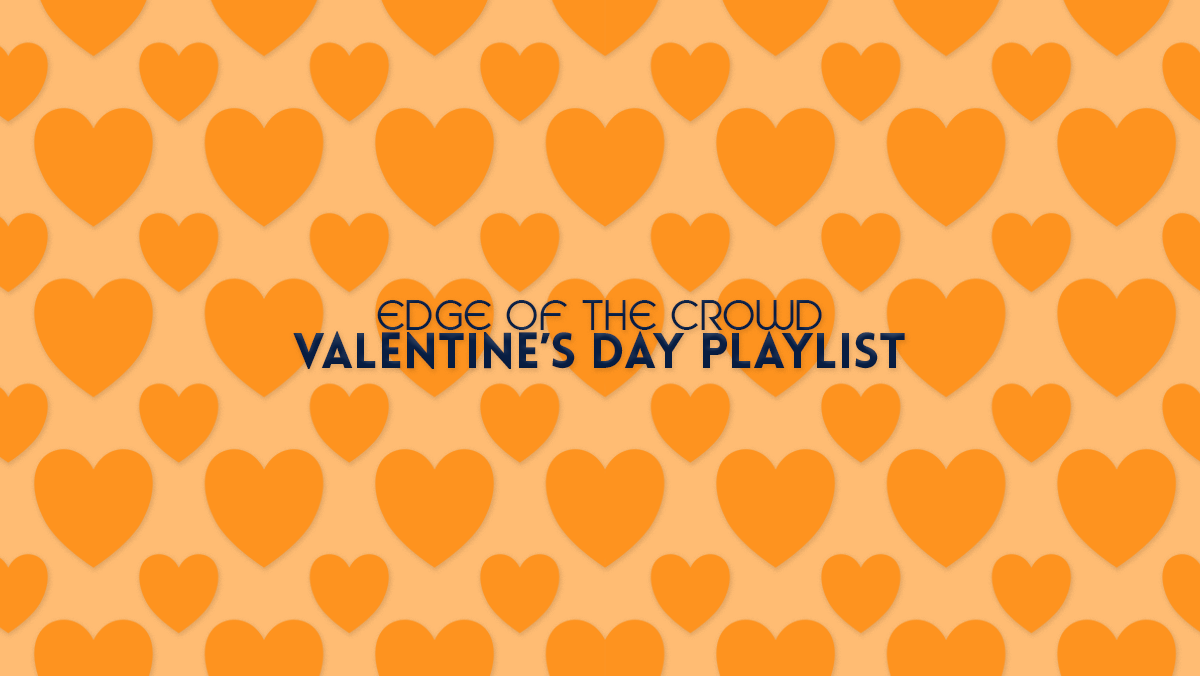 Ah, February 14th, the day of roses, chocolates and mushy Instagram posts. With love being one of the most common themes in songs, it’s no surprise there are Valentine’s-specific songs aplenty.

Here are just some of the songs out there that mention Valentine’s Day. Lover or loveless, we’ve got you sorted.

Despite being written by Northern Hemisphere residing, Childish Gambino (Donald Glover) sings about his valentine in the summer! For us Southern Hemisphere individuals,Summertime Magicis perfect for our warm Februarys.

“Valentine, Can you be my valentine? / Say do it for me one more time / Oh, baby you so fine”

blue jeansis another vibey feel-good song perfect for an afternoon drive with your S.O.

Warren Hue is an Indonesian musician who has since signed to 88rising (Joji, Rich Brian) following the release ofblue jeansin 2019.

Complete with aFifty Shades of Greyreference,valentine’s dayis definitely on the saucier side of things. If you're wanting something to set the mood or to drop some hints, tryvalentine’s day!

Named after the now-discontinued Vans model,G C Vis a classic indie-pop tune. The track has duality, working well to relate to new couples and cases of unrequited love.

This one is for the long-distance beaus. Sometimes being together in person isn't possible, and you've got to get some help from a flower delivery company.

The way Julian sings LA means it can be swapped out for Adelaide if you’re in a very specific Sydney to Adelaide situation.

Looking for a poppy anti-Valentine’s Day song? Rina Sawayama has you covered.

When releasing the song, she said the song is “for those who want a little-no-strings-attached action on a day that perpetuates the boring age-old narrative of heterosexual monogamy.” Spicy!

“Tell me what you think about/ Me and you and Valentine”

For something more rock-leaning, try Tears Won’t Cry (Shinjū). Named after a Japanese term for double suicide, the track looks at love in a darker metaphorical way.

"Throw balloons, teddy bears and the chocolate eclairs away / Got nothing but love for you, fall more in love every day / Valentine, valentine"

According to lead guitarist Michael Clifford,Valentinewas intended to be the February 14th version ofAll I Want For Christmas. Lyrically the song suggests that Valentine’s Day isn’t just about the commercial side, it’s more about sharing a moment (*wink wink*) than giving gifts.

"So why'd you wanna erase me, darling valentine? / You'll always know where to find me when you change your mind"

Valentineis a very good example of a sad banger. The opening verses are heartbreaking, and then the instruments kick in on the chorus, making for the perfect Valentine's Day song to sing loud.

Parts of this song are very literal - it was written on Valentine’s Day 2021 when the lead vocalist’s childhood dog was put down. It also marked the first Valentine's Day he had with his partner. Very specific, but still relatable.

"It's not that the darkness can't touch our lives / Iknow it will in time, but she's no ordinary valentine"

Here’s a slower one, written by The Shins’ lead vocalist James Mercer for his wife Marisa. The track also mentions the Greek Gods Pontus and Aphrodite for those of you into some Greek mythology references.

Another softer track, although this time with more heartbreak. If you’re someone who finds Valentine’s Day a bit overwhelming, find some solace inFeb 14.

Bears in Trees -Heaven Sent is a Coffee Cup

"Maybe I could be your first kiss / Over again, it might take some time / Rewrite every valentine"

"We all need company / Call me, Valentine"

Part of an entire album fittingly titledLove Letters,Call Meis a groovy track from longtime group Metronomy. The song gets better with each listen due to its intriguing bassline and tones.

SPOTIFY BOYCOTT BY NEIL YOUNG, JONI MITCHELL AND OTHERS OVER COVID MISINFORMATION

khai dreams ft. Lanie -When I Look Into Your Eyes

Andrey Azizov and loren north also explore the uncertainty inBad Timing. The electronic track opens up the first chorus with an addictive bassline perfect for a house party.

AUDREY NUNA blends genres inLong Night,showing off her singing and rapping skills. The beat is enough to turn anyone into a baddie, something the 22-year-old portrays in her music video.

"Didn’t know how good we had it / But, boy, we had it / Fourteenth of February, gotta feeling my heart still carries"

Despite being about a love lost,Roseshas an upbeat sound worthy of singing along with your significant other. Kelsea Ballereni is known for her country music, but the track isn't your typical country song due to its heavier production.

"You’re the only one to foul my sex drive / Will you or won’t you, Valentine?"

British trio The Wombats are beloved in Australia, so you really can't go wrong with one of their songs in a playlist. AlthoughValentineis one of the band's less popular tracks, it's still a solid song worthy of Valentine's Day feature.

One Last Timehas gorgeous lead and backing vocals, almost distracting from the fact that this is technically about a break-up. The track encapsulates the warmth of being in love and the loneliness of flying solo on Valentine's Day.

All the featured songs can be found in our Valentine's Day playlist on Spotify.