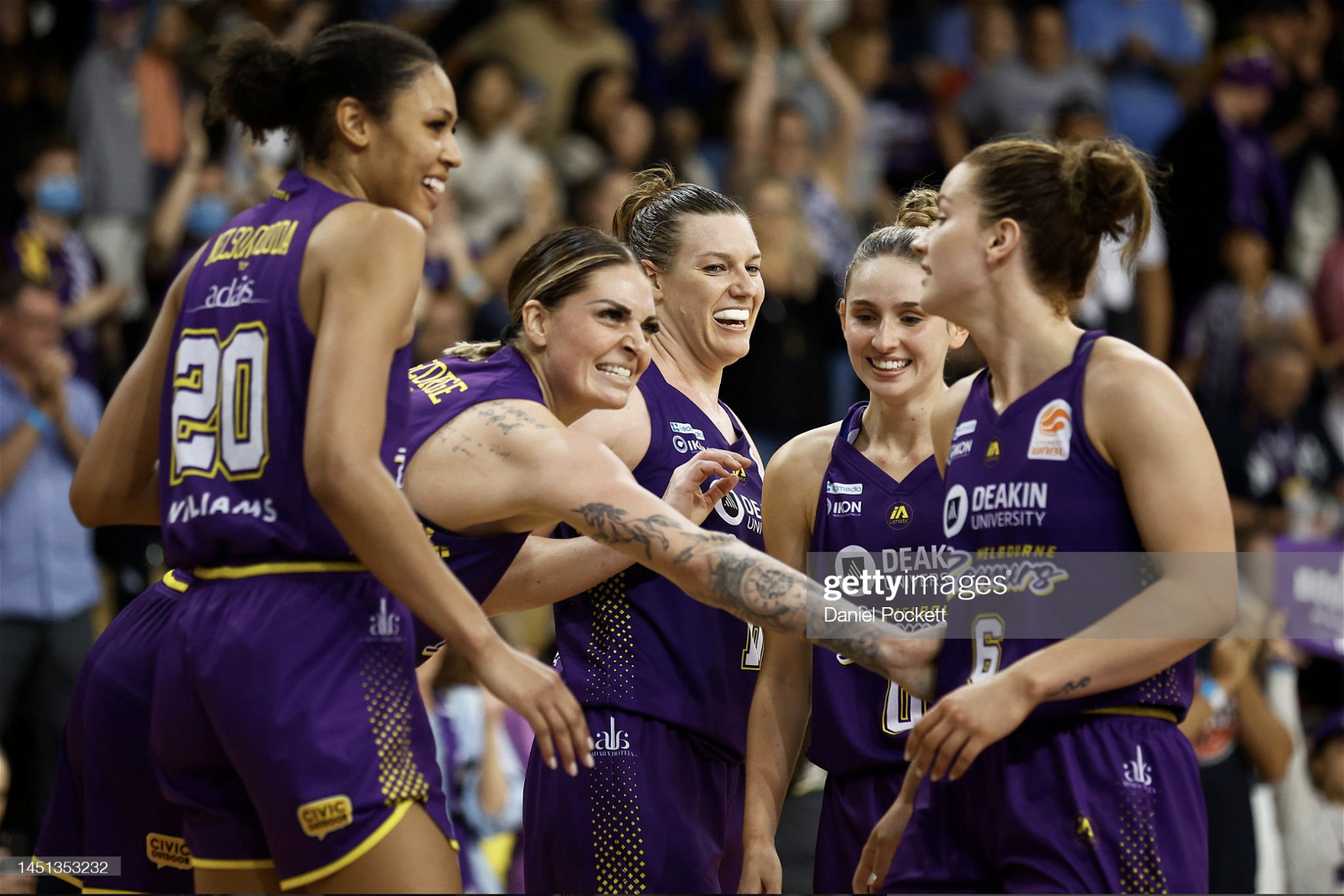 After weeks of minimal change at the top, a new team finds themselves at number one on the power rankings.

After weeks of minimal change at the top, a new team finds themselves at number one on the power rankings.

This week's games consisted of an overtime thriller and Bendigo going down in a spirit-crushing way. Individual performances highlighted the lower end of the rankings while team efforts powered the top.

The Boomers find themselves back at the top of the rankings for the first time since Round 1 thanks to the downfall of the Bendigo Spirit. The Boomers put on an absolute show against the Adelaide Lightning, defeating them 105-100 in overtime.

Once again Tiffany Mitchell was out with an injury so the whole team had to step up. They absolutely did not disappoint. Olivia Nelson-Ododa continues her hot streak with 21 points, seven rebounds, and three steals. Kristy Wallace recorded a double-double with 13 points, eight rebounds, 11 assists, and three steals. But two other players absolutely stole the show.

Mia Murray was unstoppable from the floor. She recorded 34 points on 68.8% shooting from the field and 77.8% from three. It seemed like everything she threw up was going to go in. Now for the other star of the show, Cayla George. She recorded a triple-double time in overtime. She finished with a phenomenal stat line of 30 points, 11 rebounds, 10 assists, three steals, and a block. It was also the first triple-double since Jenna O'hea did it in 2012.

Southside nation! How good does it feel to beat the number one team in the WNBL in dominating fashion. Southside went to Bendigo and crushed their spirits in a 96-67 win.

Kayla Thornton continues to make her impact in the WNBL with 11 points and five assists. Monique Conti finally got her chance to show her skills with 11 points, four assists, and a steal. Carley Ernst scored 13 points in nine minutes of action. Sara Blicavs did what she does best, recording 14 points, seven rebounds, five assists, and two steals. The Australian GOAT dominated with a double-double of 20 points and 13 rebounds.

Now that the offence has been highlighted, it's time for the defence to get their spotlight. They accumulated 10 steals and forced 21 turnovers. They limited Anneli Maley to only 12 points and eight rebounds which is quite rare and Kelsey Griffin with 10 points. They forced Bendigo to shoot 35.5% from the field and 26.3% from three.

Southside was just so dominant and overpowered Bendigo on all ends. This jump to second place on the power rankings is well-earnedw.

The Fire did not play in Round 6.

Even though Townsville didn't play this round, I couldn't move them lower. Even if they did play and lose, Bendigo deserves to be number four regardless due to the horrific 67-96 loss at home against Southside. This loss seemed like a much-needed heat check for this dominant team.

I highlighted a lot of what went wrong against the Flyers in their respective blurb. They were just so overpowered and did not look like themselves. Maley's 12 points and eight rebounds stat line is still good but for her standards and what the fans expect, it's strange to see.

Kelly Wilson played well with 11 points, four rebounds, five assists, and two steals. They did force 21 turnovers which is the exact same they committed. The bright side is players who don't get a lot of time to show their talents got the chance. That's one benefit of a blowout even if you're on the wrong end of the stick.

Perth looked amazing in their 97-83 win against Canberra. It took a lot to decide not to rank them higher at four but with how high-powered Bendigo still is, I couldn't swap them.

The top performers are highlighted in Perth's tweet above but I'd be remiss not to include Amy Atwell. She recorded 12 points and four rebounds but also interrupted the passing lanes with two steals. She was a huge catalyst in Perth's defensive scheme that must be acknowledged.

Adelaide was ever so close to pulling off the upset against Melbourne. They played a complete team game against the defending champions but weren't able to overcome their firepower and come back. It seemed like the Lightning would be able to stop the Boomers with a nice lead heading into the half. They went on an improbable comeback to force overtime but it was just too little to late as they fell 100-105.

Seeing Sydney starting to really put it together is refreshing. Sure they probably won't make it to the finals but this young, talented team are showing their grittiness against their opponents. Their 87-72 win against Canberra was a great display of the youngsters finding their footing.

The ball movement was great as they recorded 17 assists and they limited their turnovers to nine. Sydney just looked good. It doesn't matter who they played against, they're showing nice signs of improvement that look like they'll carry over regardless of the team they face, even if it might not look that way on paper.

There is really not much more I can say about the Capitals that I haven't said in the previous week's power rankings. The team doesn't look good and it's heavily reflecting on their results.

They lost 97-83 against the Lynx but Jade Melbourne and Rae Burrell played a fantastic game. Melbourne was on triple-double watch but fell short with 24 points, nine rebounds, seven assists, two steals, and two blocks. Burrell finished with 20 points and eight rebounds.

There were a few bright spots in the 72-87 loss to the Flames. Burrell had another 20+ points game with 27 points and five rebounds. Shanice Swain played well with 13 points and two steals. Nicole Munger nearly recorded a double-double with 12 points and nine rebounds.

I'm running out of answers for this team who have a load of talent but can't seem to put it together.