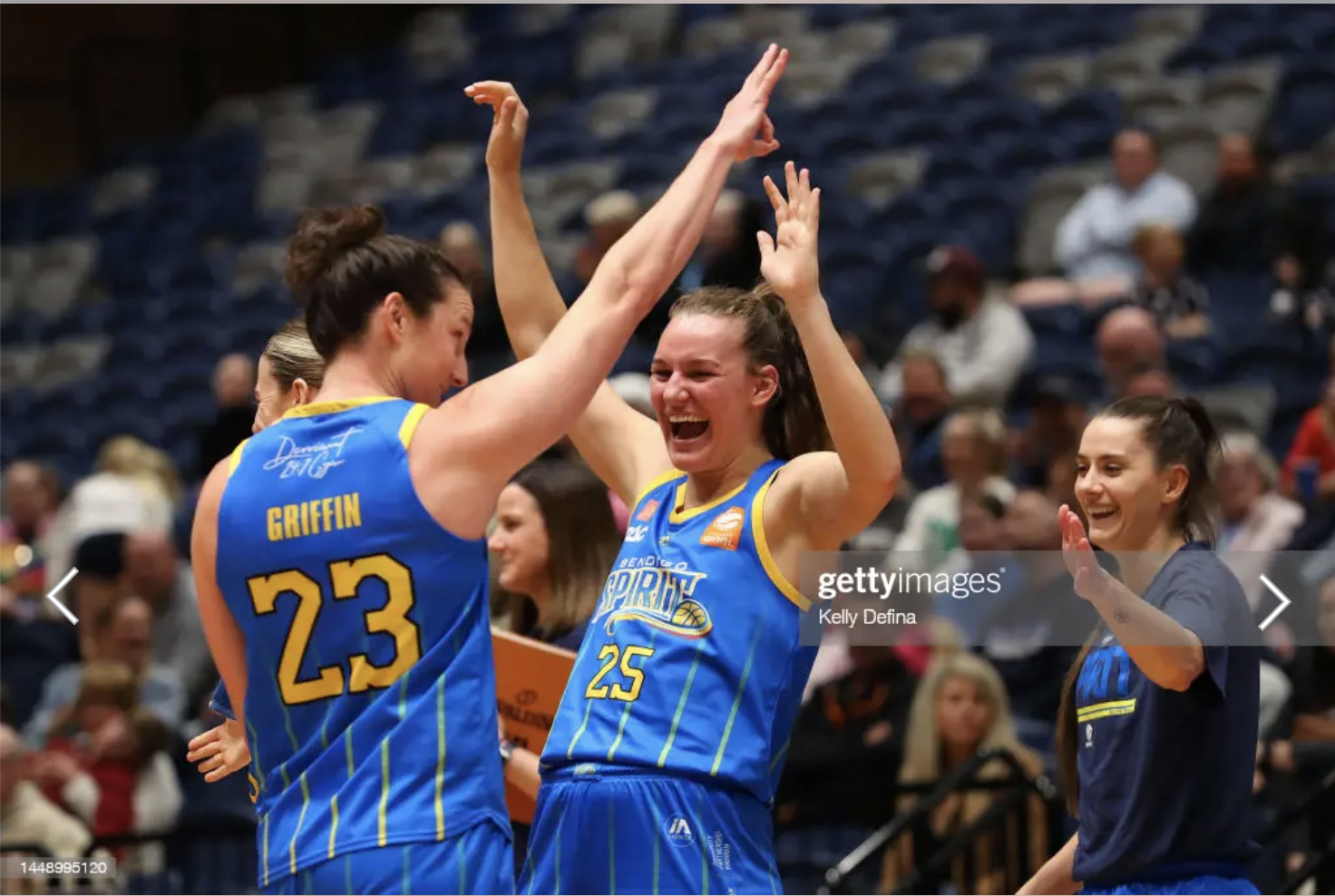 Even though there weren't many shifts in the upper part of the rankings, the middle saw some teams swapping places after Round 6.

Even though there weren't many shifts in the upper part of the rankings, the middle saw some teams swapping places after Round 6.

Round 6 of the WNBL didn't come with many surprises in the end results. Even then, there were games between teams on the lower end of the rankings vs the upper end that were extremely competitive - a prime example being the Sydney Flames vs Melbourne Boomers game.

Even though there weren't many shifts in the upper part of the rankings, the middle saw some teams swapping places.

After a close call with the Sydney Flames back in Round 4, the Bendigo Spirit almost let history repeat itself. This time around, the Flames fought a really hard game to upset the number one team in the league.

But, in typical Spirit fashion, they relied on their stars of Kelsey Griffin who recorded a double-double with 24 points, 11 rebounds, and two steals, Anneli Maley (14 points, seven rebounds, and three steals), Alex Wilson (13 points, six rebounds, and two blocks), and Alicia Froling (16 points and 10 rebounds) to anchor them to a 85-75 victory. Even though the win was against one of the worser teams in the league, it's still enough to continue their place as first on the rankings.

For the first three quarters in the 73-63 win against the Flames, it seemed like the Boomers would suffer their first major upset of the season. They were down bad in the first two quarters but snuck the lead at the end of the third quarter after a three by Miela Goodchild. Cayla George, and Tiffany Mitchell helped take over the fourth quarter which led to the win.

The win was also an overall team effort with five Boomers notching double digit scoring. George finished with a double-double of 10 points, 15 rebounds, and two blocks, Mitchell had 15 points, Olivia Nelson-Ododa recorded 10 points, six rebounds, a steal, and a block, Kristy Wallace had 14 points, five assists, a steal, and a block, and Mia Murray recorded 15 points and six rebounds.

Melbourne returned to action against Adelaide and flat out dominated in the 89-64 win. The Boomers were without a crucial piece in the matchup with Mitchell returning to Melbourne due to an injury.

With the loss of Mitchell came the emergence of Goodchild. She had 17 points, five rebounds, three assists, and a steal but the most impressive part is she was 5-5 from beyond-the-arc. Wallace recorded 20 points and seven rebounds, George posted another double-double of 19 points, 13 rebounds, eight assists, and three steals, and Nelson-Ododa recorded a career high with a double-double of 20 points, 11 rebounds, and two blocks.

If Bendigo would've dropped its game to Sydney, Melbourne would reign supreme for Round 6. Instead the Boomers are staying put at second place on the rankings.

The Townsville Fire were extremely dominant in their 98-85 win over the Perth Lynx even if the score doesn't say that. They were led by three players who were completely in their element throughout the whole entire game.

Lauren Nicholson continued to dominate with 19 points while Tianna Hawkins exploded for a huge double-double with 20 points, 15 rebounds, and two steals. The undisputed star of the show however, was Steph Reid. Reid boasted her best scoring output of the season thus far with 27 points, nine assists, and four steals.

There was no way Townsville was going to see itself at the top of the rankings due to Bendigo and Melbourne winning their respective games. But the Fire proved they can get back into the top two with their dominance all season long.

With the continuous downhill trajectory the Capitals have gone through this season, it was a no brainer the Flyers would blow them out. They defeated the Capitals 92-72 in a team-dominating fashion.

If the Flyers' win was against one of the upper quadrant teams, they'd see themselves in the top three. Right now, they played an amazing game but stick at fourth.

It was impressive how Perth rallied together against Townsville despite the 85-98 loss. The Fire is a top tier team with a balanced attack and strength but the Lynx never let that get to them.

Perth did well enough to slide up a spot in the rankings and swap with Adelaide. A win would've seen the Lynx soar but moving up one spot is not something to hang your head on.

The Lightning had a great opportunity to upset the Boomers at home with the Boomers coming off a lot of traveling and potential fatigue. Instead, the Lightning dropped the matchup 64-89. Despite being down five at the half, Adelaide allowed Melbourne to come out running and the reigning champions never let up.

The result is not to say that Adelaide didn't play well. The talent disparity was prominent but some players showed up. Kierstan Bell had 16 points, Isabel Borlase recorded 10 points, and Steph Talbot did what she does best and recorded a double-double with 13 points, 10 rebounds, and two blocks.

Although this loss was not one they expected to get blown through the water, they were forced to swap with the Lynx even though it was close.

Again the Flames played two competitive games and, like clockwork, they weren't able to secure a victory in either of them. Both of their losses this round - 75-85 against the Spirit and 63-73 against the Boomers - were identical 10-point margins. In their defence, playing against the top teams in the league and only losing by a small deficit shows signs of exponential growth that finally translated onto the court.

Some of the stars simmered down against the Boomers but that didn't mean they didn't impact the game. Sydney kept Melbourne on its toes for the full 40 minutes even if the result doesn't necessarily show that. Willoughby played a consistent game with 10 points and five rebounds, Heal continued her double-digit scoring streak with 14 points, three rebounds, and five assists, and Froling anchored the team on the boards with a double-double of 20 points, 13 rebounds, and a block.

They were ever so close to surpassing Adelaide but two losses versus one just weren't enough to swap the two team's standings.

No matter how hard and gritty the Capitals play, they can't get over whatever hump is stopping them from playing a complete game and getting a win. It seems like the answer should be there in plain sight as to why they can't compete with the best of the best despite boasting a plethora of talent.

Nothing can save the Capitals but themselves. But for now, they continue to sit at the bottom looking up.

Round 7 of the 2022/23 WNBL season begins on Wednesday, December 21 with the UC Capitals against the Perth Lynx at the National Convention Centre Canberra from 5.30pm AEDT.