Why West Side Story should win Best Picture

West Side Story is a cinematic triumph. It reveres and improves on the original and should win Best Picture at the Academy Awards. 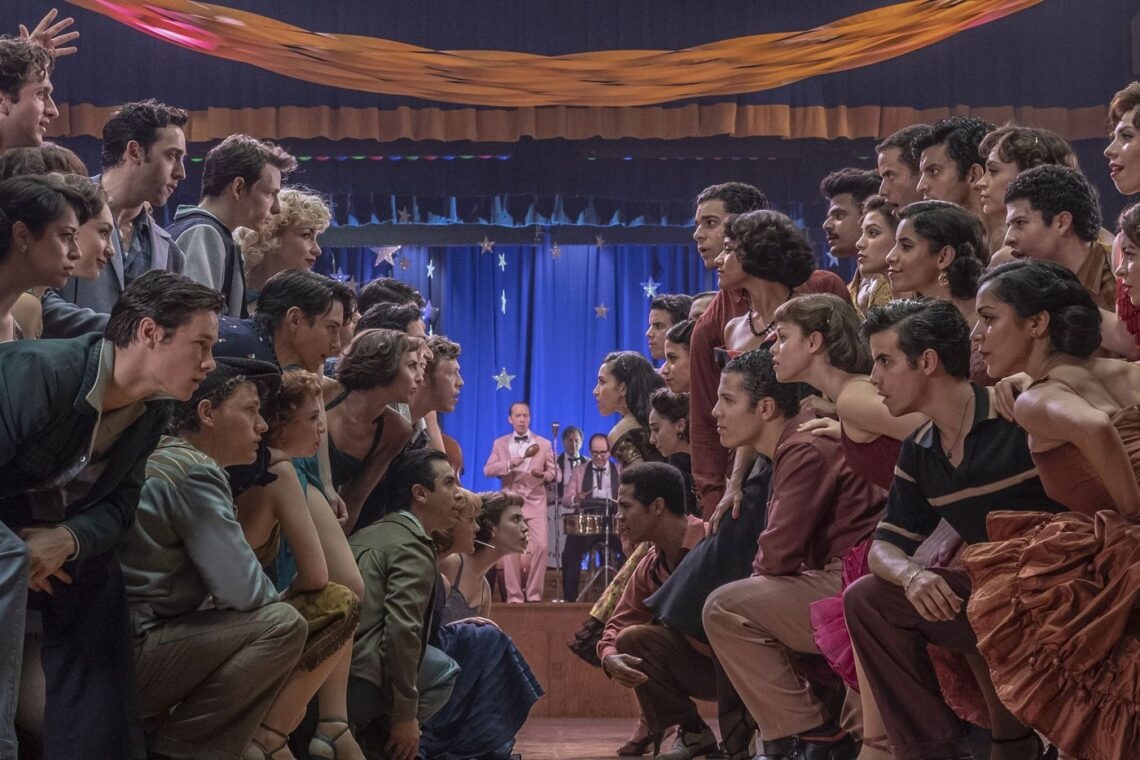 Steven Spielberg’sWest Side Storyshould win Best Picture at this year’s Academy Awards. When the famed director first announced that he would be re-making the 1961 classic it seemed at once unnecessary and perhaps foolish. However, Spielberg has re-imagined and modernized the story without changing its 1950s setting. It is a remarkable achievement.

Spielberg has built an unequalled cinematic legacy in his career. His career is a mix of the crowd pleasing, genre-defying spectacles likeJurassic Parkand more personal serious fares likeSchindler’s List(incidentally, both were made in the same calendar year).

His career of late has seen him take on more personal projects.Ready Player Onewas centered in homage to the 1980s, the decade that made him.The Postwas his attempt at exploring the issues of today’s journalism industry by looking back to the 1970s and the Watergate scandal.

The results of late have been mixed. ButWest Side Storyis the return of the master to his peak form.

This film is a spectacle. It is filled with long shots, sweeping camera moves, and perfectly staged sequences. Long-time collaborator and cinematographer Janusz Kaminski (Saving Private Ryan) captures at once the grittiness of a city amid demolition and the color and vibrancy of a classic screen musical.

Nothing else looks quite like it. Spielberg approachesWest Side Storymuch as he would any other of his blockbusters. The opening sequence follows The Jets swaggering through town as their movements gradually, then suddenly morph into dance.

Characters breaking out into song feels natural, it feels realistic. InJurassic Park, it made perfect sense that a velociraptor could open doors, and it never feels forced when Tony and Riff argue in song forCoolor a whole neighborhood joins in forAmerica. You are simply immersed.

But Oscars are won by more than just spectacle. The Academy tends to like a film that has a message or meaning. Spielberg has not made typical “Oscar bait”, butWest Side Storyhas enough themes and big dramatic moments to make it a real contender for the statue.

The issue of gentrification is front and center in this version of the film. The opening images make it clear that the neighborhood is being torn down. It will make way for new, wealthy residents. As leader of The Jets, Riff is concerned that the Puerto Rican immigrants will replace him, but underneath that he is aware that time is running out for them all.

All he has are The Jets. His hopelessness is portrayed not to make him more sympathetic as a character (he is a racist after all), but to show why things on the west side are so tense. Time is running out. When he lets a man press a pistol to his forehead, he literally has nothing to lose.

The violence in this version ofWest Side Storyescalates slowly. It creeps to toward the climacticRumblewhen the boys are playing around with a gun, the danger feels likely even amid a perfectly choreographed dance number and song.

The stakes feel real in this film in a way they rarely do in musicals. Often the heightened reality of the genre makes the drama feel strained. The scope ofWest Side Storyis small, and only covers a few blocks. Here, everything matters.

When it is set amongst The Sharks and the Puerto Rican community, the language often jumps between Spanish and English, occasionally in the same sentence. Here Spielberg makes an interesting decision.

Spanish is never translated or subtitled. The audience gathers the meaning from the performances and the story. It also shows that the differences between Tony and Maria’s worlds are not insurmountable.

Spielberg makes other major changes. One of the most important is movingI Feel Prettyto after the rumble. Maria is at her happiest and most vibrant, unaware that her entire world has just crumbled.

Another major strength in this film is the cast. It has been contentious and Asnel Elgort comes with significant baggage as an actor. He is also the only poor fit on screen. He looks too old as Tony and his singing is passable rather than show-stopping.

Rachel Zegler delivers a star-making performance as Maria and Ariana DeBose is incredible as Anita. David Alvarez is wonderful as Bernardo. The actor is convincing as a street fighter and delivers in the musical numbers.

It is Mike Faist as the doomed Riff that almost steals every scene he is in. Faist’s dancing probably outdoes his voice, but he nails the dramatic moments. Riff is at once charismatic and terrifying as all good screen villains should be. He is marching toward his own demise, does not seem to care and seems almost relieved when the inevitable happens.

WhileLa La Land (2016)forced Ryan Gosling and Emma Stone into musical roles,West Side Storyis helped greatly by a cast made for musicals. Similarly toThe Greatest Showman (2017), these actors are naturals with the material and it is obvious from the opening number.

This all makesWest Side Storysound more like one of Spielberg's somber, sad films. In some ways, likeSaving Private RyanorWar Of The Worldsit is a mediation on what is worth fighting or dying, or living for. But it mixes these themes with colorful, infectious spectacle.

Spielberg has always known how to stage an action scene. He approaches the musical numbers in much the same way. They are exciting, sometimes emotional, and always move to story forward.

The film is edited perfectly by Michael Kahn and Sarah Broshar. Long shots are common throughout but it never feels like showing off.

The camera moves up and around dance numbers to let the audience take it all in. It glides between the actors for Tony and Maria to connect for the first time.

Steven Spielberg has been directing feature films since 1971. This is a master of his craft putting every technical and narrative trick he knows into a story he loves.

West Side Storyis the best directed film of the last 12 months. It is the best acted, best edited and best shot movie to come out in that time.

Just as the original did in 1961,West Side Storyshould win Best Picture at the Academy Awards.