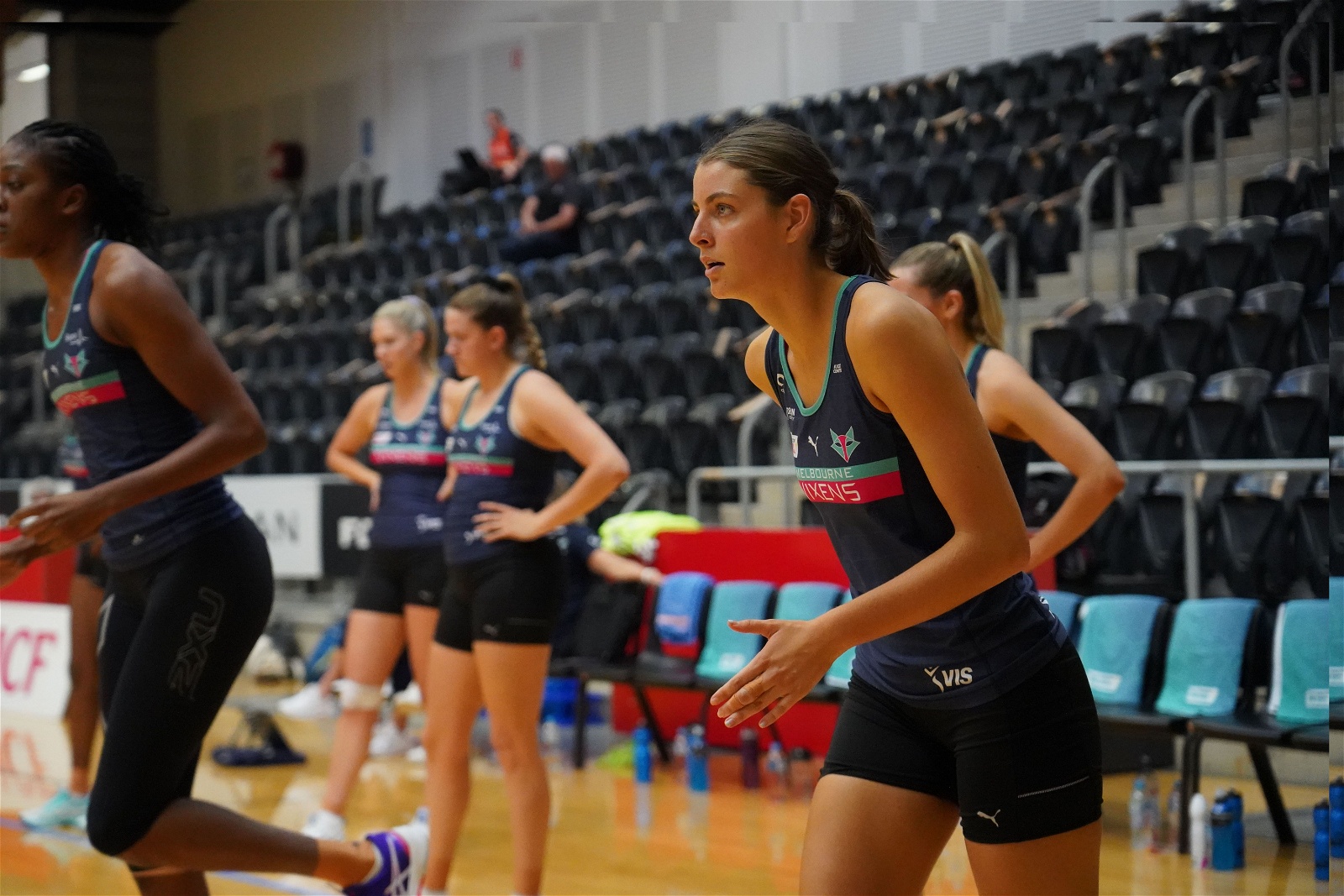 Who fills the defensive void at the Queensland Firebirds?

With the Firebirds losing both Eboni Usoro-Brown and Kim Jenner for the 2023 season, it leaves a huge gap in the Firebirds defensive end that needs to be filled.So who will fill the gap?

Who fills the defensive void at the Queensland Firebirds?

With the Firebirds losing both Eboni Usoro-Brown and Kim Jenner for the 2023 season, it leaves a huge gap in the Firebirds defensive end that needs to be filled.So who will fill the gap?

Losing both Eboni Ursoro-Brown and Kim Jenner takes the team back to the position they were in last October where the club was looking to fill the voids of both Tara Hinchliffe and Rudi Ellis.

There are some exciting defenders in other leagues across the world as well as some great Australian talent coming through the ranks right across the country.

So who could potentially fill those voids at the Queensland Firebirds?

Gabby Coffey is probably one of the most exciting defenders coming through the pathway now, taking the VNL by storm for Melbourne University Lightning.

With a game earlier in the VNL season against the then undefeated Geelong Cougars, Coffey played a huge role in shutting done the strong attacking combinations for the Cougars that have been so dominate, turning plenty of ball over for her team.

Fans got to see a glimpse of Coffey at Super Netball level for the Collingwood Magpies when she replaced Geva Mentor in the squad during the side's Round Five clash against the Giants. Coffey has a great read on the ball and can play across both defensive positions and standing at 186cm would be a great fit to any defensive end.

Funmi Fadoju has taken the VNSL in 2022, spending a lot of time out at goal defence in the last VNSL Season for the London Pulse there have been occasions where she has gone back to goalkeeper and has excelled. She can play across all three defensive positions and at the age of just 20 is one of the most exciting defenders in the VNSL

Fadoju stands at 176cm which may be considered short, what she lacks in height she makes up for in her vertical leap, with Fadoju being able to get tips to just about anything.

The chance to play up against some of the best goalers in the world could be a great incentive for Fadoju to come to Australia and cement herself as one of the future defenders for the Roses.

Bridiey Condren is used to the Queensland Firebirds environment, joining the Firebirds in their game-day squad of 10 back in 2019. Condren was a training partner for the Sunshine Coast Lightning this season, with fans having seen a glimpse of Condren for the Lightning at the Team Girls Cup and during the Lightning's Round 10 clash against the Swifts.

Condren has a great read on the ball and is dangerous one-on-one and could create a dangerous combination with Ruby Bakewell-Doran. Standing at 188cm, she’ll add that extra bit of height into the Firebirds' defence end.

Ashleigh Ervin was elevated to the Firebirds' wider squad in 2022 when she joined the club as a training partner after Ruby Bakewell-Doran was elevated into the squad of 10. Many Firebirds fans would have caught glimpses of Ervin at the Team Girls Cup back in March as well as the National Championships back in late April.

Standing at 191cm, Ervin will be a star of the future with her vertical jump one of her biggest assets to her game able to grab the rebounds or get intercepts and deflections.

Playing for the Ipswitch Jets this season in the Sapphire Series, Ervin has looked right at home.  Having been in the Firebirds environment, there will already be existing connections with Firebirds defender Ruby Bakewell-Doran with the pair possibly being a strong partnership for the Firebirds for many years to come.

Razia Quashie has been a rock in defence for the Saracens Mavericks across her 16 appearances during the 2022 season. As well as a star of the VNSL she’s made 15 international appearances for the Roses since her debut against Jamaica in 2018.

Quashie has a great read on the ball, being able to put herself in the right position at the right time to be able to come up with the intercept. Quashie can play both defensive positions which will bring that extra element of versatility to the Firebirds' defensive end.

As Quashie looks to cement herself into the England Roses team, much like Fadoju, the chance to take her game to a new level by coming up against some of the best shooters in the world may see her down under in 2023.

The Brisbane North Cougars have a habit of developing strong Queensland talent with the likes of the Hinchliffe sisters, Mia Stower and Ruby Bakewell-Doran all pulling on the red and black dress and the potential next player to reach Suncorp Super Netball level could be Remi Kamo.

Kamo can use her height to her advantage when pulling balls out of the air and pressure over the pass. Kamo also has a strong vertical leap which causes plenty of headaches for her opponents.

Kamo created a formidable partnership with Bakewell-Doran during their time at the Cougars with the pair causing plenty of headaches for many shooting circles with the Kamo and Bakewell-Doran having been a part of the back-to-back premierships in 2020 and 2021.

From the times that Zoe Davies took to the court in 2022, many fans knew that she was capable of great things. The Round Six game against the Firebirds was a highlight with Davies helping the Magpies put the clamps on Gretel Bueta.

Davies has also been putting together a string of strong performances across the season in the Victorian Netball League where she plays for the City West Falcons, playing across goal defence and wing defence.

Davies read on the ball is fantastic and is able to really apply that defensive pressure not just in the circle but right across the court until she's able to get finger tips to it or help cause a turnover to regain possession for her side.