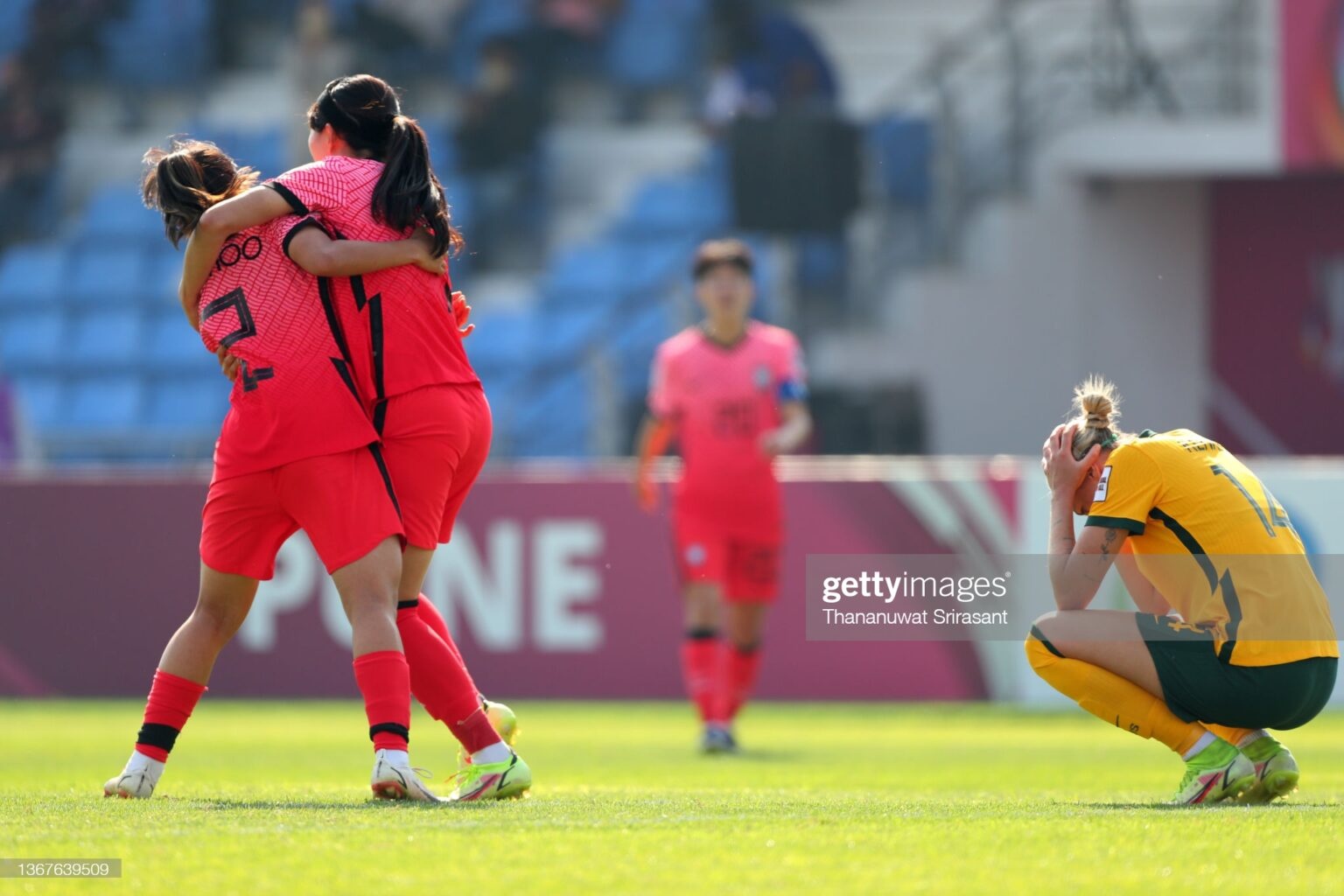 The Matildas have been eliminated from the Asian Cup in a surprise loss to South Korea 1-0, after being unable to convert their scoring opportunities.

Aussies started quickly, but it was clear from early on that the technical ruthlessness that had been present earlier in the tournament was not on show tonight.

Sam Kerr had an early opportunity in the fourth minute, which drew a tough save by Kim Jung Mi, the Korean goalkeeper.

Mary Fowler, and then immediately after, Kerr again, were both in position to score in the 20th minute, but Kerr's header found the woodwork this time, and she was denied the goal.

There was early controversy, as VAR, introduced for the knockout stages of the tournament found a foul by Caitlin Foord, producing a penalty for South Korea, but were seemingly hard done by on a number of potential penalties, and appeared to have Kerr called offside when she was still onside.

The Matildas created chances as they controlled the flow of play in the first half, but they were unable to find the rhythm in the final third, as only one shot was on target in the half.

EPAKIS KEEPS FOCUS ON THE IMMEDIATE AMIDST CONSTANT CHANGES

The Matildas looked unsettled starting the second half, as they continued to lack polish with the ball in the attacking third. Crosses failed to hit targets, passes were intercepted and shots continued to flash wide, as the Matildas sense of urgency came at the expense of composure.

At the 75 minute mark, Kerr had a perfect opportunity, needing to tap the ball in, a shot she could make in her sleep, as Courtnee Vine delivered the ball on a plate, but tonight, the ball sailed past the left post.

Lydia WIlliams was tasked with two brilliant saves to keep the Matildas in it, as the Korean attackers grew in confidence.

It all came to a head in the 87th minute, as Ji So-Yun launched from outside the box and put the ball in the top corner, out of Williams reach.

All of a sudden, with two minutes left plus stoppage time, the Matildas were desperate.

Despite the all out attack, they were unable to find a shot, and the referee's whistle blew the end of their hopes in the 96th minute.

The result is a disappointment for the Matildas, who would have expected to be in the final of the Asian Cup at a minimum, after their fourth place at the Tokyo Olympics last year.

As they were bundled out, questions will mount of Tony Gustavsson, who will be under scrutiny as the Matildas failed to fire.

Attention will now turn to the FIFA Women's World Cup in 2023, to be hosted in Australia and New Zealand.

South Korea progresses to the semi finals of the Asian Cup for the third time.