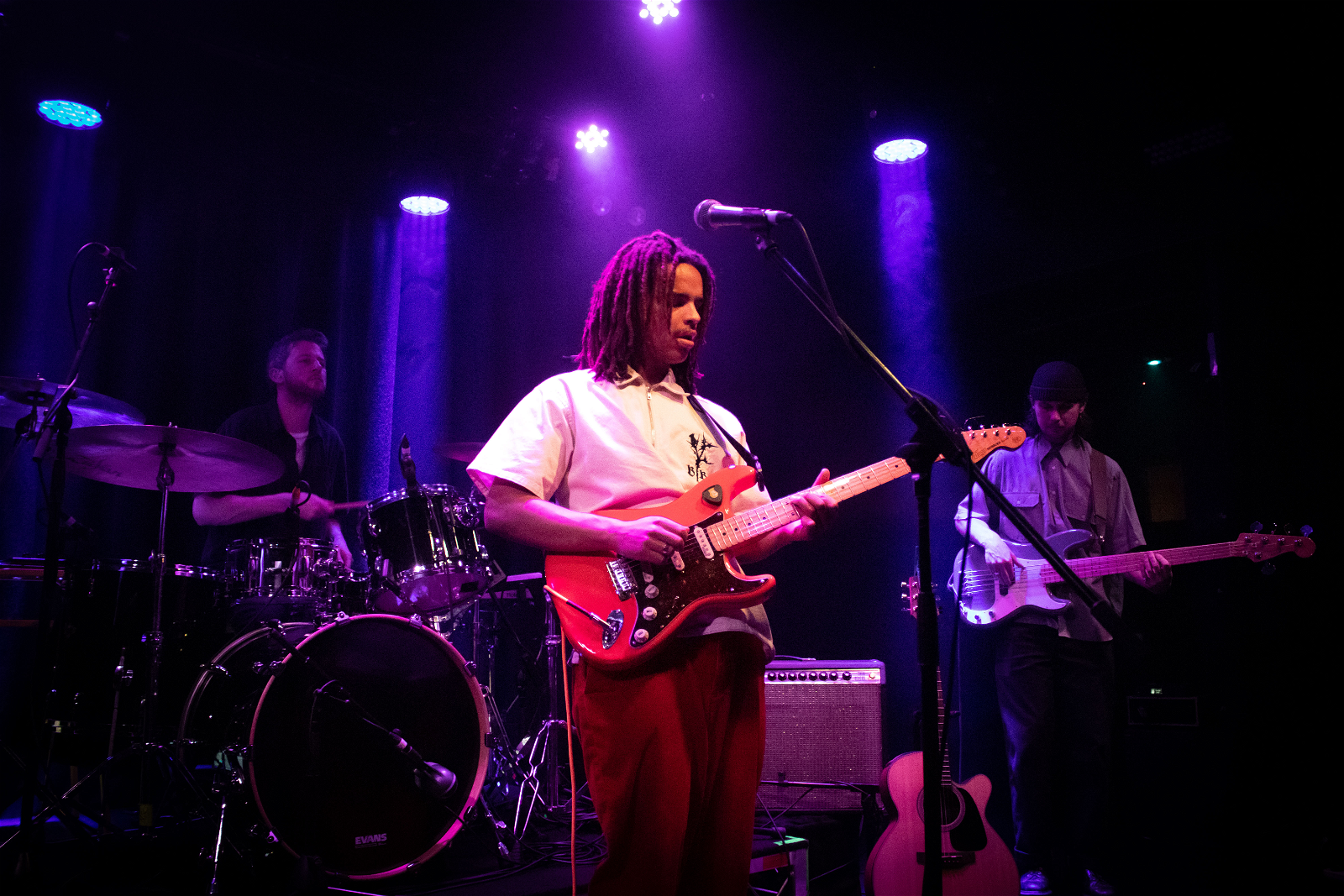 Following the release of his EP Heading East, Muroki returned to Australia to play for his fans.

Following the release of his EP Heading East, Muroki returned to Australia to play for his fans.

Following the release of his second EP Heading East, Muroki returned to Melbourne for a second time this year to perform for fans. During this run of shows he also performed at Wanderer Festival and Promiseland Festival, just some of the many he will perform at this year.

This was my first time at the Northcote Social Club, who were advertising a $20 pie, chips and salad deal. The bandroom itself is located relatively centrally, with the bar and dining areas around the perimeter. At the back of the venue there is a slightly elevated section for those who want to stand back and chill out, without compromising their view.

The turnout wasn’t too bad for a Wednesday night, although most of the crowd came in following Mzuki’s set. To her credit, Mzuki put in the work to get the small group engaged. Had this been her own headlining show, I have no doubt her stage presence would be fully appreciated.

Mid-way through the set Mzuki pulled out some sage – which myself and others initially comically thought was a roll of sushi – which she used to sage the stage and anyone who wanted to be cleansed. Later in the night, she told listeners that she did “spiritual stuff” on TikTok, posting videos with tarot readings and manifestations.

Listeners were treated to several unreleased songs, including one that had been written only a week prior. “Literally no one has heard it – it’s a bit sexy.” Appropriately titled Lingerie, it was indeed sexy.

Later in the set Mzuki shared that one of her tracks had recently gotten a placement on a TV show, commenting, “if Cardi-B watches her husband’s show (The Hype on HBO), she might subconsciously hear my song.”

There was a slight delay to Muroki’s set due to some sound issues. Credit to the sound team, they got it sorted fairly quickly. For the first few songs, there were some minor issues with in-ears and the mixing, but this didn’t impact the quality of the show very much.

The musicianship of the entire band was on show, seamless blending their first three songs into each other. This continued throughout the night, with keyboard solos, groovy drums and head-bopping bass-lines.

Earlier in the year, I was able to see Muroki and his band open for BENEE, which made me really appreciate his ability to get a large crowd on his side. Comparatively, this crowd was much smaller, and whilst they were there for Muroki, the energy wasn’t quite as infectious as what I had previously seen. If you’re ever at a festival where Muroki is performing, I would highly recommend checking it out.

Midway through Muroki confessed that Melbourne was his favourite city, “possibly in the world” which is a high compliment considering his travels. He went on to give the fans some “acoustic action,” bringing out his acoustic guitar to play Found In Nairobi.

Before playing the track, Muroki shared the story behind the song:

"When I was fourteen years old, I went to a fair with my 12 year old cousin in Nairobi, Kenya. We got our money stolen. It was kind of hectic, it was a rough journey home. Ah well, it inspired the song!"

“That’s enough slow songs, let’s play some fucking funk music” Muroki proclaimed, moving into Simple Pleasures. The energy began to build as the band played Up In The Air, another recent release.

Surfin followed, a heartfelt track about moving to Auckland, away from his coastal hometown of Raglan. Prior to the show, a friend and I were discussing the song, commenting that we could relate to the lyrics after moving from South West Victoria to Melbourne. The lines in the pre-chorus hit particularly hard:

"I miss my home, yeah, it's my weakness
Cities have no beaches, nothing here I'm used to
Wading through traffic, way too stressful"

It was now time for Muroki’s platinum single, Wavy, a song that really set his trajectory. As expected, the crowd really got behind the song, singing along with passion.

Come to the end of his set, Muroki hadn’t played my two personal favourites, Heading East and Find Me. Thankfully, the cries for “one more song” bought him back on stage to perform both tracks. Following Heading East, Muroki shared that it was the first time he had performed the song live, a treat for those who turned up.

After the song, one fan made his way to the front of the crowd, asking for Find Me. Thankfully, it was already on the cards, a fitting way to end the set as it is the closer for Heading East. Muroki told the crowd that he was going to end “on a funky note” and indeed he did.