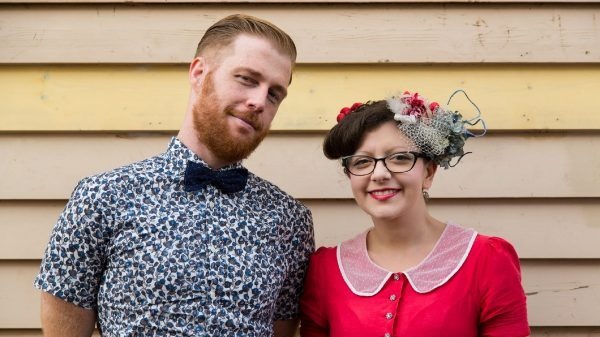 The legendary Elton John once stated; 'Music has healing power. It has the ability to take people out of themselves for a few hours."

And he is absolutely correct. Music does indeed have a remarkable healing power. The positive effect of music in one's life is almost quite unexplainable, in a way. Music can indeed share emotions and feelings of fear, despair and even love. And music creators and pioneers from past generations, have inspired so many current and underground artists.

Recently, I received the opportunity to question a local musician about his top five most favourite albums. Today we will be looking at some albums that have shaped this local artists’ music and storytelling abilities.

I am genuinely excited and thrilled to be able to share their responses with you!

The Old Married Couple are a husband and wife folk-pop duo who are situated in beautiful Bacchus Marsh. Riley and his wife, Katie combine joyful songwriting with vaudevillian and quirky instrumentation.

As I was speaking to Riley, I discovered that he has quite a collective and vintage taste in music. Which I appreciate, enormously!

"This proved to be a rather difficult task," Riley admits.

"I decided to pick albums that work as inspirations for me in terms of opening up my creative juices. Stylistically, not all of these albums shaped my sound or style but the elements of the writing and production on each of these albums work to prompt me to write. These albums really just help me understand who I am and what I want to say."

"This is the album that I will binge whenever I need to get the creative juices flowing. The lyrics of the album are complex and open to interpretation but the performance has such an intense emotional effect that it opens both my creativity and wakes up emotion." Riley declares.

Riley was introduced to this album from watching a Saturday Night Live performance of 'Round here' and Adam Duritz's intensity hooked him.

"My childhood involved taking control of my parent's music collection and, as I started writing (or trying to write) songs I found that songs from my childhood pressed a button in me." Claims Riley.

Riley can distinctly remember liking 'Happy Birthday Helen' which appeared on a compilation CD when he was younger.

"When I remembered the song, I thought I would check out the band and discovered songwriting I really hadn't heard before. It was legitimately sincere." Riley declares.

To Riley, the lyrics weren't pretending to be from the perspective of deeply tortured artists. Nor were the lyrics attempting to deal with grand universal imagery. The songs, in Riley's eyes, were legitimately Australian and set in the suburbs.

"One lyric stands out to me from 'Single Perfect Raindrop' - 'I advertise the scars of middle-classness like a shiny piece of junk mail/I've inherited the meanness like a dinner set kept for family gatherings.' This lyric as well as the entirety of the song 'Rain Fell Down' told me that it was OK to write about the everyday experience and there can be depth and meanness in 'normal' mundane things from an average Australian voice." Riley informs.

Riley grew up on this particular album. "This one definitely falls into the category of a creativity opener due to its connection to my formative years." Admits Riley.

Riley's father would play this album LOUD. So loud that you could feel Williamson's voice in the very pit of your stomach.

"I would feel these lyrics which are initially rather simple but perfect at painting a clear picture of the outback. All with its sincerity and heart. As well as being an inspiration, it's just like comfort food." Admits Riley.

Riley's favourite tracks from this particular album are: 'The Drover's Boy,' 'Amazing Day' & 'Bill The Cat.'

"When I am looking for more emotion to place into my music and how to express sadness and drama, this is the album to listen to," States Riley.

For Riley, the danger of this album is that it is so effective that it can bring him into the sadness and true intensity of the tracks.

"The Smith Street Band are fantastic when trying to find a way to do some 'gutspill' in songs through playing exaggerations of desperation," Riley informs.

Riley's favourite tracks from this particular album are: 'Birthdays.'

"I wasn't sure what album to include from the Paul Simon/ Simon & Garfunkel catalogue as the early harmonies shaped my early writing. However, as I looked to expand and develop my writing, Graceland provided a fantastic study in using complex rhythms and ideas. In a way that still maintains simple and accessible sound." Riley informs.

The incredible 'world music' sounds are obvious but the humour, clever storytelling and wordplay of the lyrics are what brings Riley back again and again.

According to Riley, he genuinely appreciates how this particular album sparks the storyteller in him.

"This album always lifts my mood and tells me I can achieve anything!" Riley says.