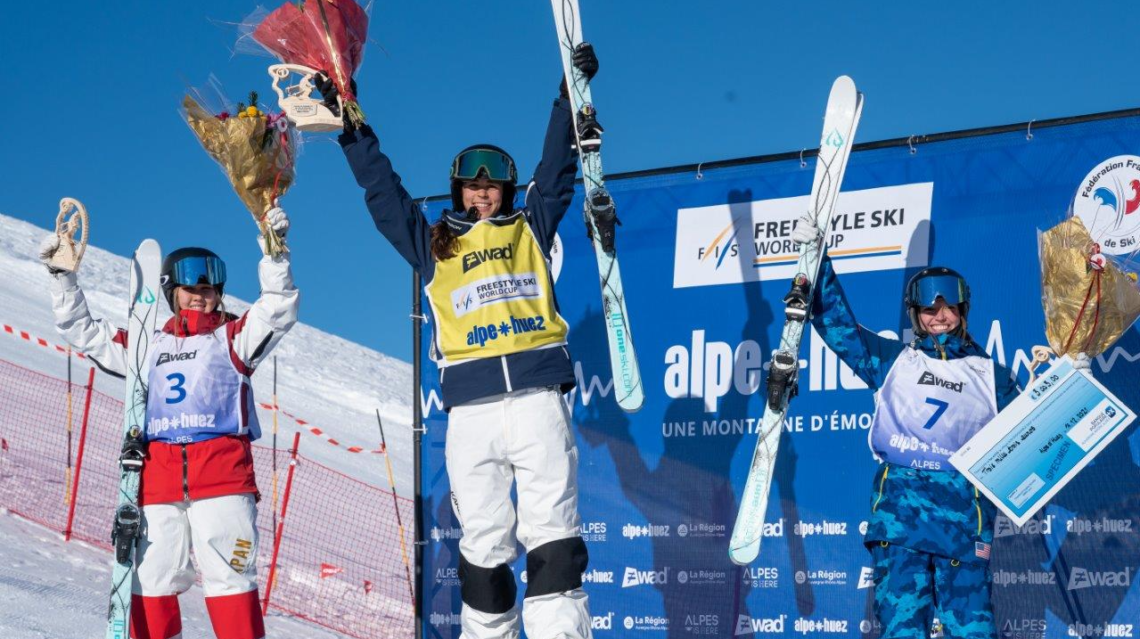 As the excitement for Beijing 2022 starts to build, plenty of Australians are gaining momentum with strong performances as they look to lock in qualification spots for the Winter Olympics.

Moguls star Jakara Anthony won two gold medals at the dual and individual moguls events at the Alpe d'Huez World Cup in the lead up to Christmas.

After finishing in fourth at Pyeongchang 2018, Anthony is in strong form to improve on that result at Beijing 2022.

She scored a massive 85.07 points in the super final, giving her a winning margin of more than eight points. Fellow Australian and triple Olympian Britt Cox finished fourth, with her score of 76.20 just 0.43 short of a podium spot.

Anthony is now ranked first in the World Cup rankings, having finished on the podium of all four events so far.

Belle of the ball with back to back podiums

Belle Brockhoff has also managed back to back podium appearances, after her bronze medal in the snowboard cross in a World Cup event at Cervinia.

Brockhoff is now ranked third in the World Cup for the season, as she prepares for a tilt at Beijing 2022.

Belle Brockhoff competing in the snowboard cross at the World Cup in Cervinia. Image: OWIA

Brockhoff spoke after her race about managing her injuries and balancing the racing ahead of the Olympics.

"I was actually not going to race, I had a small injury in the training I bruised the bones in my knee, so I have been riding with a lot of pain today, so I just wanted to take each heat as it came and made sure I made the landings," Brockhoff told theOlympic Winter Institute of Australia.

"I am happy I made my way through it and didn't think too much of it, so definitely happy to be racing."

Compatriot Cam Bolton finished fourth, narrowly missing the podium in his best performance since the 2019-2020 season.

Alex Ferlazzo made his return to racing after some travel difficulties forced him to miss racing in Sochi. After the Beijing Test Event, his sled, and the sleds of a number of other competitors were lost, preventing them from competing on the Sochi Olympic Track.

Ferlazzo said he was disappointed by his result, but thrilled to be racing on his own sled again.

"Honestly not stoked with the result, my starts let me down," Ferlazzo posted on his Instagram. "I am stoked to be sliding on my own sled again though AND securing a spot at the Olympics."

Ferlazzo's 23rd place, in a time of 50.468 was enough to secure a quota spot for Australia for Beijing in the luge.