The Fablemans broke my heart, I can't wait to watch it again

Steven Spielberg's latest film is another masterpiece, that will inspire introspection, relief and regret. 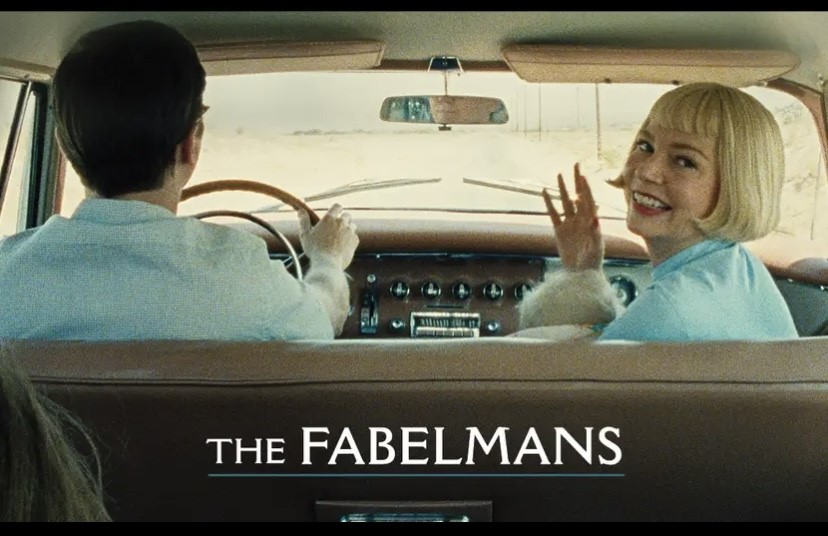 One of the first lines spoken in The Fablemans is "Movies are like dreams that you never forget.” The semi-autobiographical masterpiece from Steven Spielberg lives up to this idea, and will unearth emotions that some audience members forgot existed.

The Fablemans is marketed as the coming-of-age story of one of cinema's great directors. Although the character names are changed, ages changed and events condensed, this looks like the story of prodigious talent’s rise to the top. Yet it is so much more than that.

For anybody unfamiliar with Spielberg’s family history, in a nutshell, his artistically encouraging mother divorced his IBM engineer father to be with his father’s best friend.

The story goes that Arnold Spielberg allowed Steven and his two younger sisters to believe he had broken up the family. So that they could live in a stable home with his friend and wife.

The Fablemans explores these events from the perspective of a teenage Steven [named Sam in the film] and more importantly through his only means of navigating the world and his feelings, through his camera.

This is where it gets very personal. Spielberg reveals through The Fablemans that he knew that his mother wanted to leave the marriage, but it was a secret kept between them. This is not the story that was sold to audiences in the trailers and posters. It is not about the magic of movies, but about finding happiness and passion, and accepting the price.

It will touch a nerve for many audiences. The “divorce drama” is a film genre that disappeared as quickly as it was born. The seriousness of Kramer vs Kramer gave way to the shenanigans of Mrs Doubtfire.

The generations since those films have seen a rise in the divorce rate. Legal and workplace advances in society have made it less necessary for unhappy people to stick it out through a lack of options.

This is a good thing. But few movies explore the feeling that goes along with the events anymore. The Fablemans does it with humour, style and some heart-wrenching performances by Michelle Williams and Paul Dano.

It captures that feeling of knowing something you should not. Experiencing divorce in my teenage years meant that I knew enough to be well aware of the impending change but was still seen as peripheral to the events.

I knew what was going to happen before one parent did, even while the other denied it. This made it all the more difficult to handle things. To be honest, I am not as forgiving as Spielberg evidently is. The Fablemans made me reflect on whether I should be.

When Dano’s Burt Fableman reveals to Sam that he knows something is wrong and needs his help, it was like the film had reached into my most buried, and annoying memories and ripped them out of me in the cinema. Thank God I was alone in the screening,

When the children are told that Mitzy [Williams} wants to be with Benny [Seth Rogan] Sam is the only child not to fight it. He has lived with the reality longer than either of them. His mind is concerned mainly with how everything should look through a camera.

There is a feeling of relief when it happens on screen. Is not a tragedy, and everyone is better off. This sort of moment is usually in the epilogue of films, not in the pivotal part of the plot.

We do not see Mitzy and Benny’s domestic bliss in detail, but we know it is there. Likewise, Burt is able to continue his pioneering work in computers. That overcast tension and unease pass and they are able to live their best lives for themselves and their children.

Michelle Williams is perfect in the role of Mitzy Fableman. She shows that unhappiness doesn’t have to be the result of a cruel or loveless marriage. Her life with Burt is just not what she needs it to be.

The Fablemans shows that she loves her children deeply, but they cannot be her priority. They would be worse off had she emotionally deteriorated further.

It is another aspect that feels familiar. It is unlikely that Spielberg realised this in his childhood. These realisations only come with age and hindsight, after it is inevitably too late to show understanding.

When I look at what my mother and father have accomplished as individuals since their divorce, I know that it would never have been possible if they had stayed together. Put simply, they held each other back.

Similarly, to Sam/Spielberg, much of what I love about my life now would be absent had my family stayed together. Going into standup comedy at the age of 17 was definitely a response to my home life.

I never became a star like Sam will and Steven did, but it changed my life forever and for the better.

When they announce the separation, Burt tells the children it is scary but for the best. It is hard to tell if he believes it or not. By this point of the story, he is firmly established as a loving, but deeply logical and analytical man.

In contrast, Mitzy is someone who gave up her dreams of being a musician. She is guided by her emotions and cannot bear to keep them buried.

The remarkable thing about this movie is it is incredibly entertaining. Although discussing it feels like a childhood counselling session, it is a genuinely enjoyable movie experience.

That is the art and craft of a Spielberg picture. The Fablemans is emotionally raw, but also funny, interesting, and beautifully shot.

The movie is filled with nods and winks that long-time Spielberg fans will love. He watched The Greatest Show on Earth as a child. In that film, Charlton Heston wears a costume that Spielberg will later borrow for Indiana Jones.

His obsession with practical effects is explored, and his famous childhood film Escape to Nowhere is shown in production.

A shot of Sam and his friends collecting scorpions in the Arizona desert feels like it is from the opening of The Last Crusade. The strained relationship between Indy and his father feels derived from Spielberg’s own childhood. Burt is portrayed as believing in his son’s intelligence and skill, only wishing it was focused in a different direction.

It effortlessly shifts into a high school dramedy, complete with 50’s bullies and a charming romance. That part of the film ends with another emotional punch, but Spielberg is incapable of leaving his audience on a down note and adds the best joke of the film.

The Fablemans accomplishes many things. But principally it shows how many moments went into making the man who is Steven Spielberg.

Sam tries to hold his family together even when one parent does not truly want him to. He throws himself into movie-making because it is the only way he can communicate with himself, his family and the world.

It tells the story of a boy who held secrets so deep that the only way he could express himself was through art.

From E.T. to Jurassic Park and Schindler’s List, Spielberg’s impact has been undeniable. He has left us with another gift in the form of The Fablemans. This is an achievement, a movie that is at once therapy and entertainment, for himself and the audience. It was gut-wrenching and heartbreaking. Yet I loved every minute and cannot wait to see it again.

Was it all worth it for Sam/Steven?

The history of cinema suggests that it probably was. He is one of the most well-regarded and wealthiest men in show business. He has the problem-solving mind of his father and now the luxury to truly follow his heart like his mother. Much of his recent filmography has been filled with passion projects, with little regard for anything except what he wants to see.

Steven Spielberg has poured his heart out onto the screen in a way he has never done before. He clearly is not proud of all of his behaviour as a child, but the ending scene seems to indicate that he has no regrets about how it all turned out.