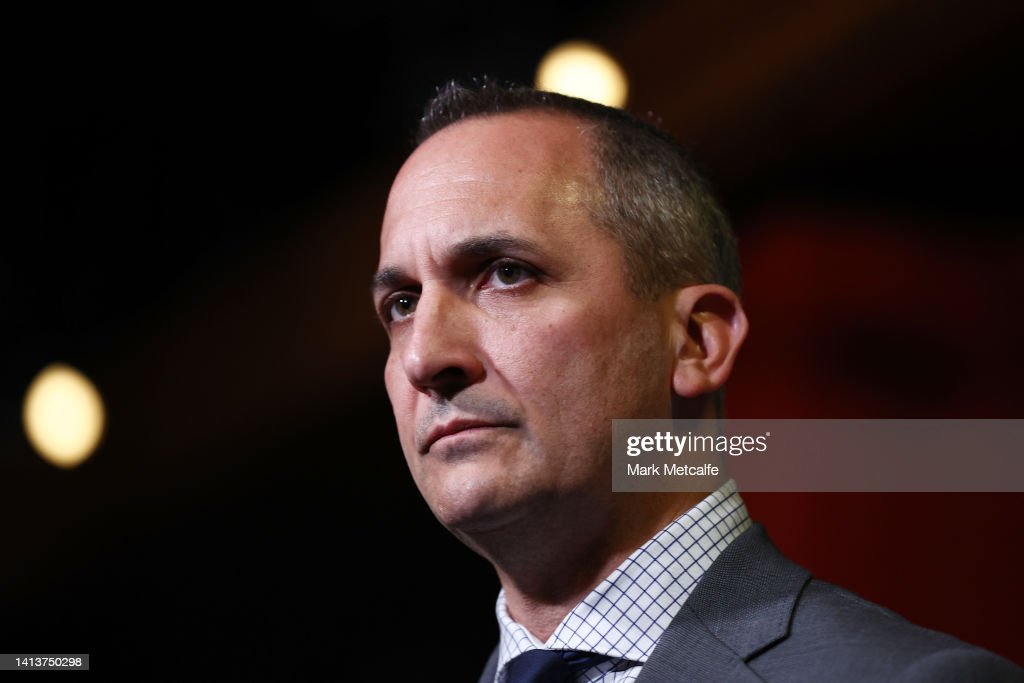 RLPA players have this week taken a stand as Collective Bargaining Agreement negotiations between the NRL and RLPA continue to intensify.

RLPA players have this week taken a stand as Collective Bargaining Agreement negotiations between the NRL and RLPA continue to intensify.

Roosters skipper James Tedesco is one of many NRL players to take their protests with the game over the CBA online, in an orchestrated move amid their dispute with the game's governing body, as a player strike is still on the table.

The Collective Bargaining Agreement between the NRL and the Rugby League Player's Association which sets out the minimum terms and conditions of the Players' employment and other important arrangements within the sport.

The RLPA say they are committed to establishing terms and conditions that players at all levels of elite competition are valued, engaged and empowered to thrive on and off the field of play.

The previous CBA agreement between the NRL and the RLPA was introduced in 2018, and expired in October 2022, with the parties yet to reach a new agreement.

Whilst the NRL announced a record figure $12.1 million salary cap for 2023, a significant increase from $9.6 million in 2022, as well as an increase to $884,000 for the NRLW, the RLPA insists the salary cap is not their biggest issue.

"The RLPA Board is charged to represent and negotiate all terms and conditions on behalf of the players. It would have been irresponsible of them to accept a financial proposal that lacked the detail required to act in the best interests of our membership (the players)." stated the RLPA in a statement on social media.

"The Board requested all the necessary details to assist with moving towards an agreement. In a matter of a few hours, however, the ARLC and NRL instead publicly announced new salary caps for the 2023 NRL and NRLW competitions, as well as numerous key financial details associated with player payments.

"These included minimum salaries, veteran player allowances, development list size and payments, and costs that were previously paid for by clubs now being paid by players – all without agreement on any of the terms and conditions for the 2023-2027 term of the CBA."

The main contention points for the players revolved around the proposal for a transfer window and the revenue share between the NRL and the players.

It is said that NRL powerbrokers have reportedly eased their push for a post-season trade window, and have instead proposed to the RLPA that players will be able to sign with rivals for the following year from June 30.

As it stands, players are able to sign for the 2025 season from November 1 in 2023- providing them 15 months to sign a new contract.

The NRL reportedly proposed that players could negotiate with rivals after the 2024 Grand Final, leaving only four months for playing deals to be finalised.

It was reported that the players were strongly against the proposal, as the RLPA stated it would put the careers at risk of players who may suffer an injury during the season.

The NRL bosses have since put forward a new date, stating players may be able to sign new deals with rival clubs from July 2024 for the 2025 season.

There were also reports that a mid-season transfer window between round 10 and the end of the State of Origin series are being negotiated as part of the new CBA.

RLPA members have been very vocal regarding the ongoing CBA negotiations, with players taking to Instagram yesterday to show a united front as they refuse to back down.

The Brisbane Broncos, alongside the Sharks, Dragons and Knights have refused to take part in NRL promotional duties until the matter is resolved. When speaking to the media on the matter, Broncos veteran Kurt Capewell refused to rule out a player strike.

An update this morning via the RLPA Instagram has clarified what the Players are seeking as negotiations continue.

In the post, the RLPA stated one of the things the players are seeking is a new medical support fund.

They state this is because players in the NRL are excluded from workers compensation legislation.

They further state that in the current CBA players only have 12 months to have any surgeries and rehabilitation paid for which will help fix the injuries they suffer during their careers.

The statement goes on to say that the players want the game's first Medical Support Fund to ensure past NRL and NRLW players can have these surgeries covered well into their retirement.

Alongside this, the RPLA is asking for an Improved Injury Hardship Fund, to account for the additional eligible players (more than 250 across 10 women's teams and the Dolphins) coming into this new CBA model.

They also say the fund needs to be expanded to also support players who suffer serious injuries and cannot secure a new contract until fully rehabilitated.

Another thing players are seeking is a first-ever NRLW CBA, and say this is simply because those players do not have one and deserve one.

They state that a CBA for women would provide the contract security that the players need and the full terms and conditions will help protect them and their families, and would also give the game the best opportunity to attract and retain talent.

Further, the RLPA is asking for better terms for the most vulnerable players.

They say this is because the average NRL career is less than 45 games, and players making their way into the NRL and NRLW need to be supported in the tough task of building their careers.

The RLPA is also seeking a new Past Players Program, to assist NRL and NRLW players in their transition to life beyond the playing field at the end of their careers.

RLPA is also seeking Fair Agreement Rights, as all players need to agree to all core terms of employment.

They state that once they are agreed they shouldn't be able to be changed again without the players' agreement, as per 'basic and common employment rights'.

RLPA included in their statement that agreement rights include hours worked (obligations), number of matches played, wage structures when players can secure a contract, pregnancy and parental policies and fines (which are illegal in other workplaces).

Finally, the RLPA states players are seeking a fair share of revenue, as it is the players, clubs and states that generate the money for the game, and so it is reasonable that the players should get their fair share, not just into their salaries but into new programs and benefits to support current future and past players.

With only 41 sleeps until the commencement of the 2023 NRL season, it will be an intense time as the parties scramble to reach an agreement.