It's time to talk about Sylvester Stallone and his ego

A stalwart of film, Sylvester Stallone tried to change the course of 1981 football war drama, Escape To Victory, to suit his own ego, as discussed on Goals on Film. 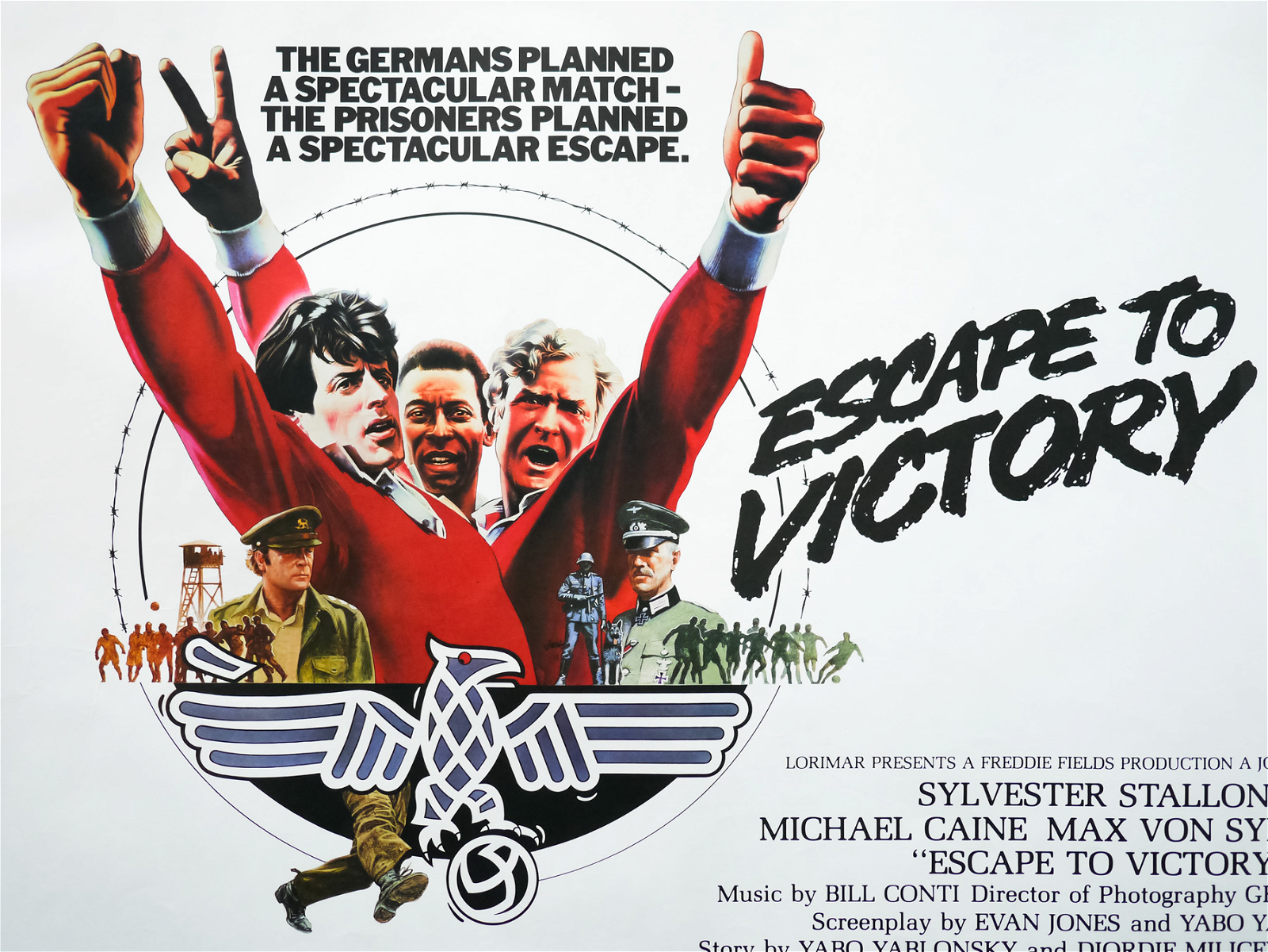 By the time 1981 football war drama, Escape To Victory, was released, Sylvester Stallone was a ready-made actor. But this didn't necessarily mean he had to try and influence the storytelling of his films from early on in his career.

Fresh off the first two films in the Rocky franchise from 1976 and 1979, Stallone was coming into his own as an actor, a writer, and a director. He was even a boxing choreographer for the Rocky series.

However, when it came for the actor to do a football film, despite a veteran of directing, John Huston - known for works such as The Maltese Falcon (1941), The Asphalt Jungle (1950), The African Queen (1951) and Moby Dick (1956) - being at the helm, Stallone tried to change the course of the Escape To Victory and its story.

To properly paint a picture of Stallone's involvement in the film, it's important to go back to the start of how he was alerted to the film. He was looking to buy a beach house in Malibu which just so happened to be producer Freddie Fields' place.

Stallone didn't end up purchasing the residence, citing it as being too small. But this didn't stop Fields from telling Stallone about a new film he wanted to make. Fields happened to have a script on him, which he handed to Stallone and three days later, Stallone agreed to play the role of Captain Robert Hatch in Escape To Victory.

Even off the back of the first two Rocky films, it isn't divisive to say that Escape To Victory is far from Stallone's best performance, even across his at-present 84 film credits (in any capacity). Stallone comes across as annoying and his character unlikeable as a result, without an arc that allows his character to redeem himself in any way. Even the detour where he attempts to bond with Frenchwoman, Renée (Carole Laure) seems unnatural.

Stallone, while being an established screenwriter, is notorious for taking scripts and fixing it up. Sometimes for his own benefit. Which is exactly what could be determined had happened with Escape To Victory, perhaps with the intention of writing an Oscar-winning role.

One such instance of wanting to change the script to suit himself and make him a bigger presence in the film than he already was, was by toying with the idea of his character (who's a goalkeeper) kicking the winning goal in the match against Germany.

If he got his way with this change, he was going to take the moment away from football's greatest player Pelé, scoring the goal. The cast (mostly made up of real-life footballers) and crew nixed this idea.

Instead, Stallone still got his moment, but it wasn't by scoring a goal, but preventing one in the way of a penalty kick. But the fact he felt he was more worthy than Pelé for that moment showed how much he valued himself and making himself be the star of the moment.

The fact that Huston admitted he only did the movie for the paycheck showed his heart wasn't in it. And the same could be said for Stallone, attempting to re-write the film to pertain to his ego. This was especially evident in his approach on set or during production.

Firstly, Stallone received training from England's World Cup-winning goalkeeper, Gordon Banks. Initially, he paid little attention to Banks, believing the training wasn't neccessary. This saw Stallone suffer multiple injuries, recklessly throwing himself around and dislocating his shoulder and breaking a rib. Even though he took more notice after this point of Banks' advice, Stallone still suffered another broken rib and when it came time to go one-on-one with Pelé, broke his finger.

It's a trend though of Stallone's films. With Rocky IV, he instructed Dolph Lundgren - who played Ivan Drago - to really punch him. He ended up in the ICU for nine days. Similarly, during Escape To Victory, he was out of action for several days.

Secondly, Stallone was out of it, with his mind often elsewhere during production of Escape To Victory. This was seen when he would refuse to eat with the cast and crew and fly to London or Paris every weekend on a private jet.

Michael Caine noticed Stallone turning up late for filming at various points and brought him into line. Caine said he had important appointments elsewhere (where he didn't) and was going to turn up when he felt like it. It prompted Stallone to arrive on set on time from that moment. But, he did insist on only being called to the set when the scene was absolutely ready to film, writing Rocky III at the same time.

It's for these reasons that could prove Stallone's mind and focus was on other things across the same time and writing or performing with his ego, was telling across the entirety of the process and performance.

For more on this discussion and other talking points on 1981 football war drama, Escape To Victory, including chatting about what was missing from this film while also trying to define the genre and have it present an accurate representation of the time period of World War II and the realistic depiction of the sport in line with the time and with the use of real-life players, listen to Goals on Film on Spotify and Apple Podcasts.

For all the other shows on Edge of the Crowd’s podcast network including The Australian World Cup Podcast, you can visit here.