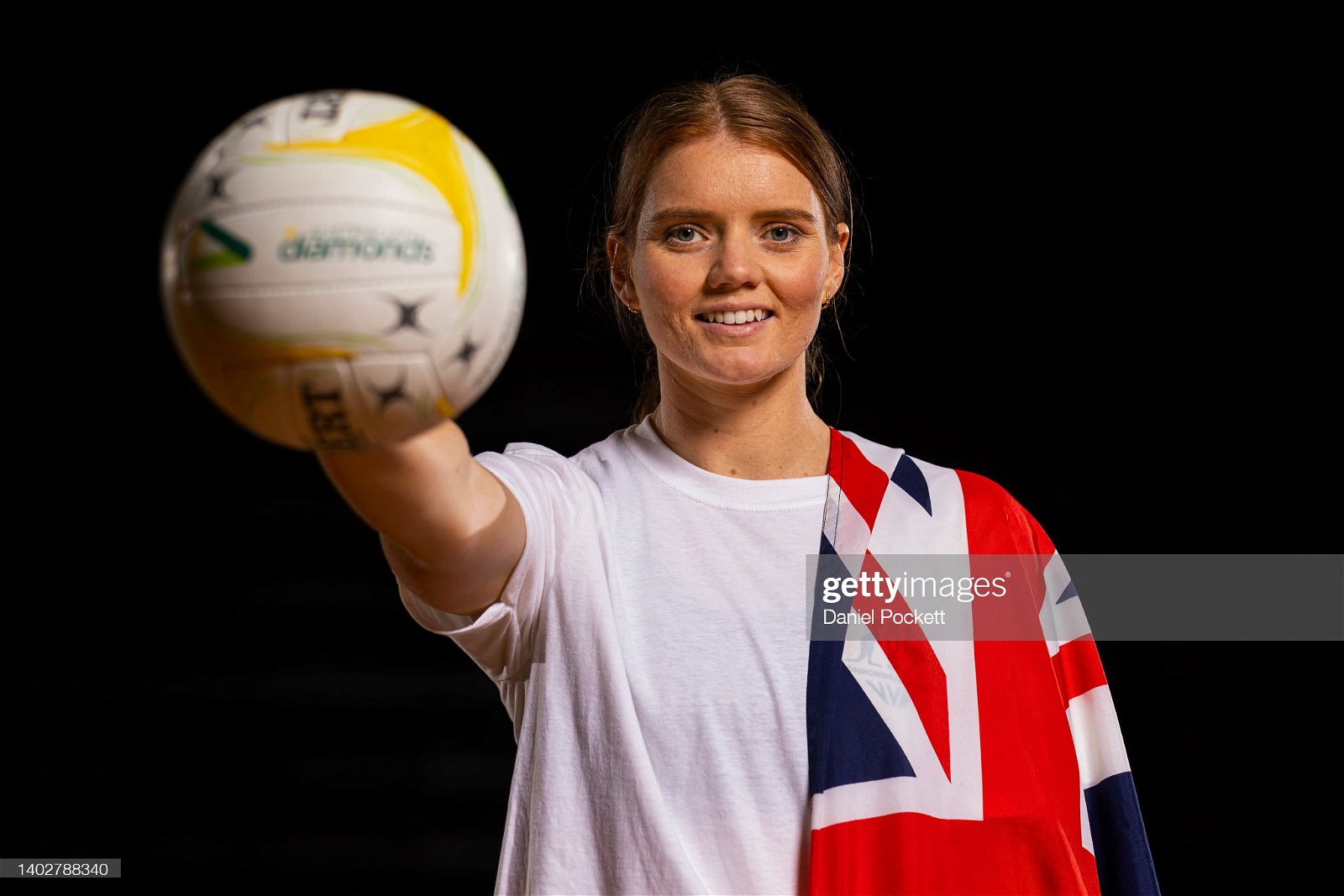 Steph Wood was among the 12 athletes that were selected for the Diamonds team that is off to Birmingham Games next month. This will be Wood’s second Commonwealth Games but still, a pinch-me moment.

“It's a pinch-me moment,” Wood told Edge of the Crowd.

"Yeah, it's a phone call from Stacey [Marinkovich] I think I was a nervous wreck all day and to hear that. It's a dream to go to represent your country and to represent it at a Comm Games. A pinnacle event for netball is something that I will hold very close to my heart.

Nothing beats getting that phone call saying that you've made the Diamonds Squad, and for Wood, it was no different.

“I was sitting at home and it's a running joke I'm a bit of an emotional person, so I burst into tears.

“I don't know how many words I actually got out afterwards but yeah, I was at home just finished cleaning. Trying to take my mind off it but yeah, it's it was very special.”

Wood was a part of the Diamonds team that came so close to winning the Gold Medal on the Gold Coast back in 2018 and now four years later, she wants to bring home the gold back to Australia.

“I'm not shy in saying that I definitely want a gold medal and that's something that we are working towards. While yes, in 2018 we did walk away with the silver medal, it is acknowledged but moving forward we've got a very different group.

“I think we have eight debutants at a Comm Games and only four of us that were there in the past. I think everyone wants to win a gold medal and that's what we're going for.”

This Commonwealth Games will be the first with Wood as vice-captain alongside Liz Watson, with the pair actually being roommates during the games on the Gold Coast back in 2018.

“Lizzie and I were actually roommates. So it's funny, who would have thought fast forward I don't think we would have thought back then would be captain and vice-captain leading our country and that's a really special thing. I want to make sure I do everything possible as a leader on and off the court to create the best environment for us to win a gold.”

The goal circle for the Diamonds is still fairly new, with Wood the only goaler who has played at a Commonwealth Games. With Cara Koenen and Kiera Austin still finding their feet at the international level, Wood wants them to be themselves.

"We don't want them to try and think that they have to fit in and be like anyone else, they've been picked in this team for a reason and it’s very exciting.

“Cara [Koenen] I've known and played with her when she was a little 18-year-old to see the growth that she's made then to make Comm game, I’m very proud of her.

"Kiera [Austin] what she's done. She's an exciting player to come back from an ACL. Yeah, soak everything in and enjoy it."

Wood and Koenen have created a formidable combination up at the Sunshine Coast Lightning, with Wood looking forward to potentially.

"I love any opportunity to play with Carz [Koenen] again. She's an exciting player, being able to play a little bit more at goal attack this year and she's phenomenal at that.

"Super athletic and to pull on the green and gold next to her will be very special for me personally because she is quite a very close friend of mine so to see her about her dream is something I will actually sit back and enjoy watching."

With Lightning not making finals, Wood had a week off before going straight into preparation for the games.

“Unfortunately, the season ended for us but one week off and then get straight back into training. I think you can flip it and I actually think it's going to be really great to have prepped for myself, get my body right because a Comm Games is quite gruelling with back-to-back games.

“So, making sure that my body is in the best shape.”