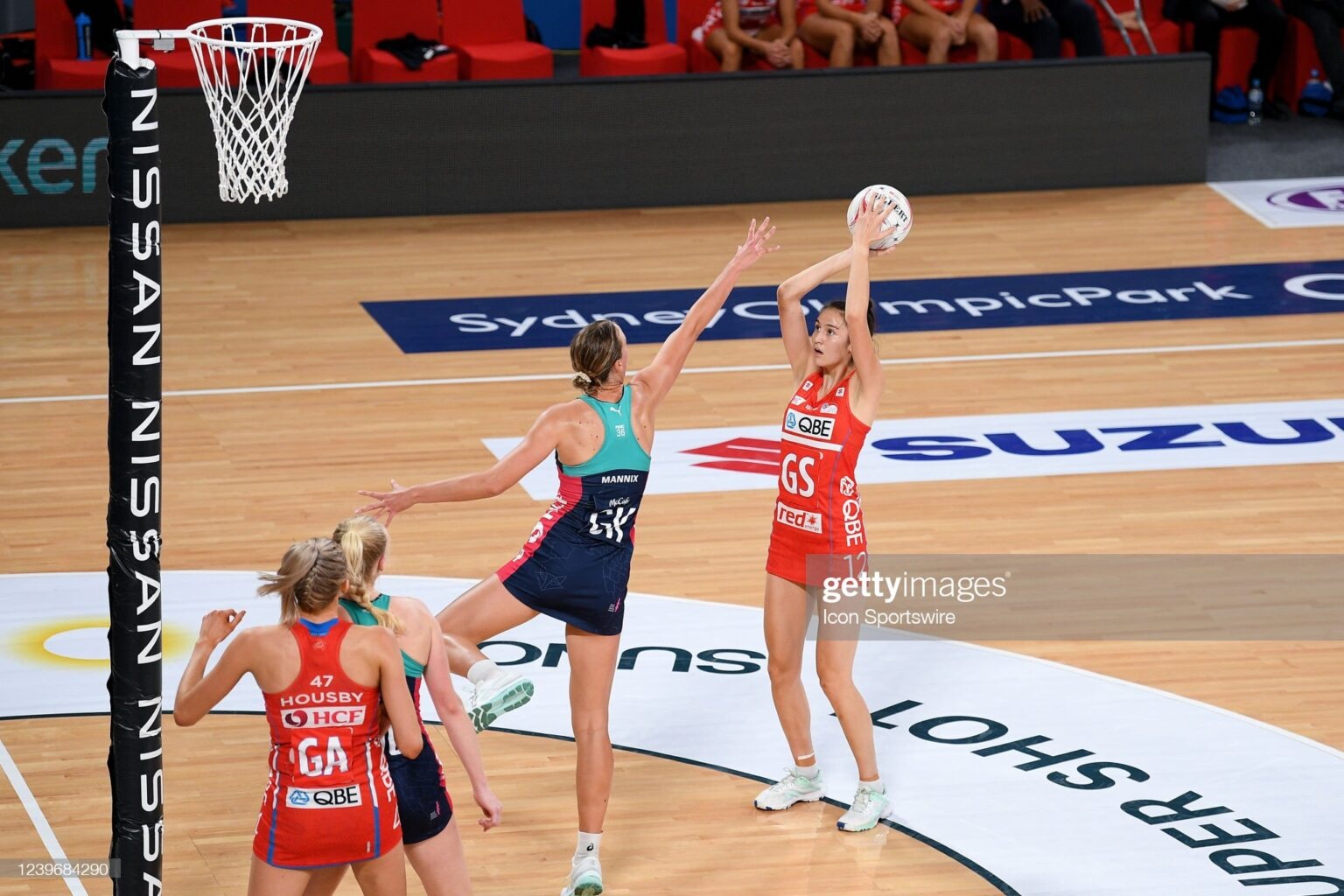 After a dramatic few weeks, Sophie Fawns made her debut for the NSW Swifts against the Melbourne Vixens, and immediately slotted in like a veteran.

Fawns is a training partner for the Swifts, as an eighteen-year-old from Wagga Wagga. The promising young shooter has done plenty of miles on the road during her junior career, but there has been a huge distance travelled from training partner to Super Netball shooter in the last fortnight.

Last week, after Helen Housby and Sam Wallace, tested positive for COVID-19 during the week leading up to Round One, Fawns was added as cover for the recovering pair.

She didn't get on the court, but was exposed to the matchday experience of being in the playing squad for the week.

Late in the fourth quarter of the Round One matchup, Wallace went down with a season-ending injury, opening a spot in the Swifts' attacking end for the rest of the season.

On Thursday, Fawns was announced as a temporary replacement for Wallace, and would be part of the matchday side again in Round Two.

Fawns spoke after the game, and commented that the routine of being in the squad the week before had made a big difference in her preparation.

"I felt like last week was a good preparation, just to sit on the bench and see what it was like, to be in the game," Fawns said.

"And then this morning I had a chilled day, and then I just felt like I was prepared at training, I had a really good training week.

"I wasn’t sure about this week, but I felt like last week and this week I was prepared for anything."

To start the game last night, Fawns was on the bench with coach Briony Akle, but midway through the second quarter, Akle pulled a switch and sent Fawns into goal shooter.

The nerves hit Fawns as she stepped onto the court, but to anybody watching, nobody would have known.

"I was a bit nervous at the start but after I settled in. It was great to be out there with the team, they’re like my best mates and sisters.

"When I first got in there, everyone said ‘don’t worry, just take a breath'".

Within 45 seconds, Fawns had a shot up, and a Super Netball goal to her name, as the raucous crowd at Ken Rosewall Arena lifted for the moment.

Fawns commented that the first shot helped her settle in and feel more natural on the court.

"I felt like after the first shot I really settled in and it was just super excited to keep playing. I wasn’t sure how long I’d be on court for, so I just gave it my all."

For Fawns, it has been a rollercoaster few months and weeks.

After being elevated as a training partner at the end of last season, Fawns missed out on the chance to represent the NSW Swifts at Team Girls' Cup, as she and a number of the other training partners were forced into COVID-19 isolation protocols.

Last week, she started her day playing for the NSW Swifts Academy team against the Giants Academy team as the curtain-raiser. Halfway through the game, she was pulled out and brought into the Swifts' matchday squad, after Teigan O'Shannassy was forced into COVID-19 protocols.

That night, as she sat on the bench and took in the atmosphere, her, and her teammates were wearing black armbands, as a sign of remembrance for Fawns' mother who recently passed away.

She sat on the bench, watching on as one of her mentors, Wallace, suffered a heart-wrenching injury, throwing the team's premiership defence into chaos.

Thursday this week, she was named to return to the matchday squad for the week, replacing Wallace instead of O'Shannassy.

And then, with seven minutes to play in the second quarter, Fawns became NSW Swift #67.

After her immediate impact, the girl from Wagga Wagga took a moment to take it all in.

"When I was in goal shooter, and just took a look at the crowd, I couldn’t help but smile, thinking this was my childhood dream and here I am on court, doing exactly what I wanted to do."

Fawns, with 18 goals, and 87.5 per cent accuracy from regulation distance, had plenty of impact.

Her height was a strong option for Briony Akle, and the chemistry with Helen Housby was clear from the start.

Fawns tallied ten feeds, and two-goal assists for Housby in her time on court, and the towering shooter won over plenty of fans.

And based on the way she played, she may have planted enough confidence in Briony Akle's mind to give her a chance at making that temporary replacement spot permanent for the rest of this year.

Fawns' performance and the way she settled in with Housby were key factors in the Swifts' resurgence, that brought them as close as three goals from the Vixens with less than two minutes to play, in a match widely expected to be a blowout for the Vixens.

Her involvement in the second phase of play, with three-second phase receives, show that the Swifts had confidence in her, and her playing in goal shooter allowed them to take a more direct line to the post.

That involvement will be key as the Swifts adapt their playing style, and use a more mobile circle, rather than the traditional holding circle that Sam Wallace dominates.

But the style of play may keep them in games, and may surprise teams, as it is a big shift from the Swifts of last year, and the past few years.

The Swifts, and potentially Fawns, will be in action against the Collingwood Magpies next weekend at Ken Rosewall Arena.