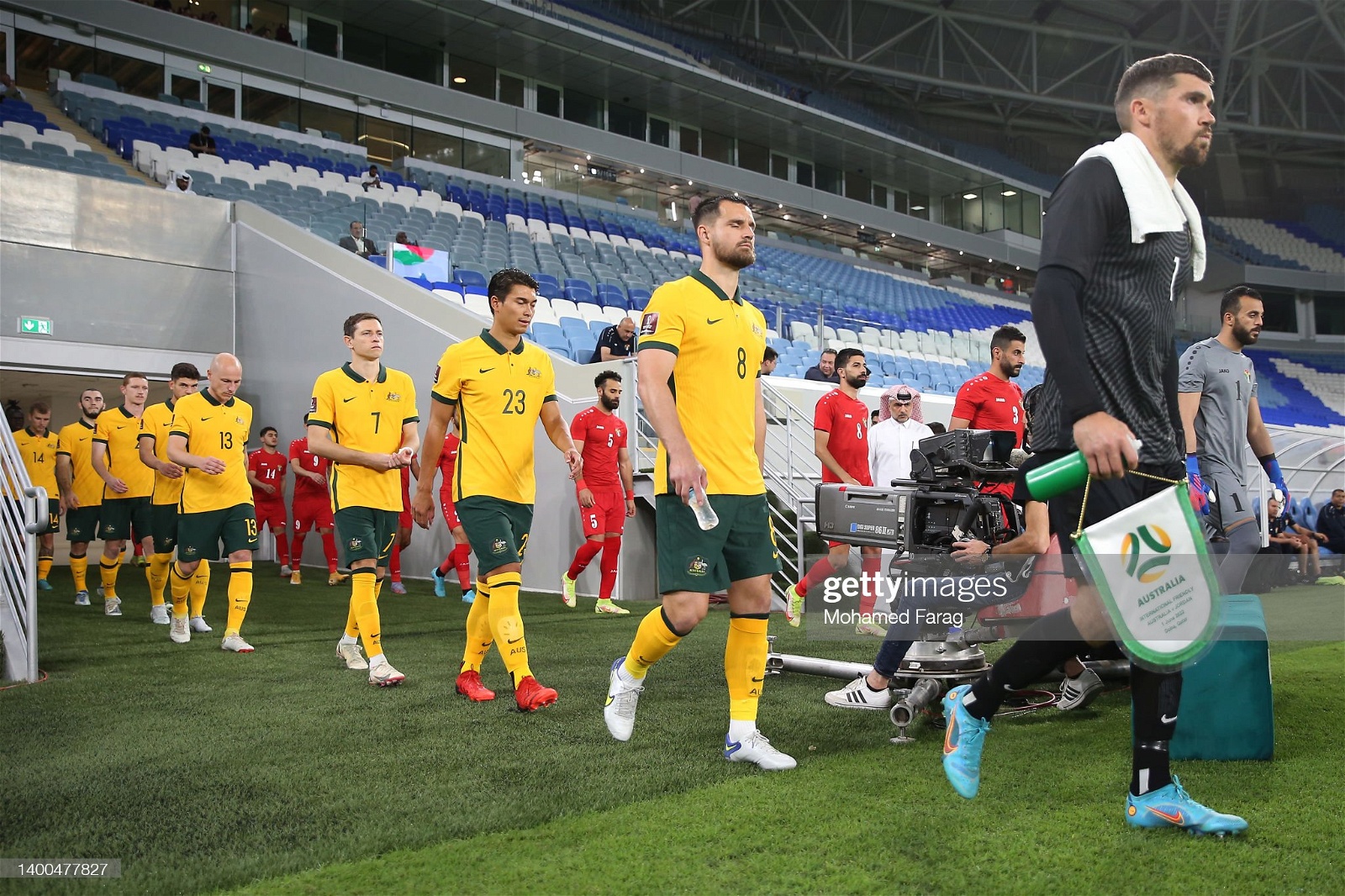 In the early hours of tomorrow morning (AEST) the Socceroos will take on the UAE in the Al Rayyan Stadium in Qatar. It is arguably the most important fixture in the nation's footballing history since November, 2005.

This is the second World Cup in a row Australia has needed to qualify via the play-off route. Last time it was Syria and Honduras that stood between them and qualification. If the Australian men's national team hopes to qualify for a fifth straight World Cup finals, they will have to defeat UAE and then South American side, Peru.

WHY THEY WON’T WIN

A recurring theme of Graham Arnold’s current incarnation of the Socceroos is wilting under pressure. Repeatedly during this World Cup qualification campaign, the Socceroos have gone to water when they have been under the pump.

Their qualifying campaign was a disaster. After a promising start, the Socceroos won just one of their last 7 fixtures in a very favourable Group B. Their final two fixtures in the group would seal their playoff fate. Graham Arnold’s men would only win one point from the nine on offer after drawing with both Saudi Arabia and China.

This past Wednesday’s warm-up match didn’t inspire any confidence. Australia was incredibly lucky to defeat Jordan in the same stadium where tonight’s match will occur. The scoreline of 2-1 flattered the Socceroos. Their midfield, as it has done many times under Graham Arnold, looked sluggish, uninspired and without motivation.

The attacking triumvirate looked isolated and could not affect the game in any meaningful way. Defence was the only thing to inspire any belief in Australian football fans. The back line looked solid as a rock.

If Australia qualifies for the World Cup in Qatar, I am of the opinion it will be because of our staunch defence. Not because of any midfield creativity or attacking flair.

Even more worrying than any of that is the fact that it seems Graham Arnold doesn’t know his best side. Prior to the warm up match against Jordan, the Australian head coach told his players “he doesn’t have a starting lineup for the UAE match”.

Whether that is an indictment on the indecision of the Aussie coach or the pool of players he has to choose from is very much up for debate.

WHY THEY WILL WIN

Despite their poor performance against Jordan, the Socceroos got the job done. That bodes well for the one-off nature of these two play-in fixtures that will decide their World Cup fate. In football, perhaps more than any other sport, results are possible despite performance.

Obviously, the Australian MNT will miss midfielder Tom Rogic. Even Celtic will miss the Wizard of Oz next season. However, there are plenty of Aussies plying their trade at a top quality level, both domestically and abroad. And the ones that haven’t been playing, had valuable minutes against Jordan.

Aaron Mooy will have shaken the cobwebs off after not playing since January. The same for Mat Ryan, who didn’t appear for Real Sociedad after February. Denis Genreau of Toulouse looked lively when given the space to create against Jordan, whilst Bailey Wright.

Jason Davidson hopefully got rid of any nerves after their first international call ups in quite some time. There is no doubting that there is quality in the Australian squad. It is just whether Graham Arnold can get the best out of them.

There is a good team there. Not that long ago Arnold and his Socceroos were being lauded as record breakers. In October 2021, they broke the world record of consecutive World Cup qualifying victories after defeating Oman for their 11th win in a row.

Australia also enjoys playing in Qatar. They have won their last three fixtures played in the country that will host the World Cup this November and December. If they can keep that 100% record going in Qatar this time around, they will qualify for the World Cup. That is a big if though…