A week in covid isolation for @Kaptinyap has a silver lining. It means there is plenty of time to catch up on shows and movies missed, or take a look at new ones 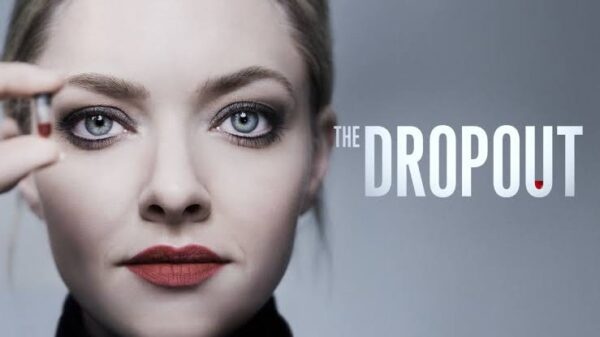 A week in COVID isolation has a slight silver lining. It means time to catch up on movies and series that have been missed in the rush back to post lock-down life.

Over the past seven days, There was the opportunity to watch some delayed releases, and binge some new series. In some cases, the distance of time has allowed a new perspective on some maligned works.

The latest attempt to make money out of public property,Robin Hoodwas a flop in cinemas in the pre-pandemic era. Made for a budget of around $100 million, it grossed only $30.8 million domestically and $54 million internationally. However, as a film, it made for fine COVID viewing.

Director Otto Bathurst makes no attempt at historical accuracy in either costume, weaponry, or dialogue. The opening scenes set in “Arabia” are portrayed like a modern war film. The plot of a wealthy socialite who moonlights as a superhero of the people feels more like a Batman or Zorro film.

The basic elements of theRobin Hoodstory are present. Many arrows are fired, and swashes are buckled, but aside from character names, this is barely a nod to the legend of Sherwood. Taron Egerton is convincing as the hero in training and the man of the famous myths but seems to be auditioning for a role as a Guy Ritchie geezer.

It is an action-packed, mindless two hours, buoyed by supporting performances by Tim Minchin and Ben Mendelsohn. Perfect for a day stuck on the couch, but not so much if you had anything else to do.

Kenneth Brannagh’s sequel toMurder On The Orient Expresswas filmed in 2019 but released in 2022 to poor reviews.

That delay has not helped, and this pretty decent “whodunnit” has had its impact weakened in more ways than one by the pandemic and lockdowns.

Before 2020, a movie starring Gal Gadot, Armie Hammer and Russell Brand would have been a draw for audiences. For various reasons, all three of these co-stars experienced a dip in popularity or a rise in controversy over the following two years.

Through no fault of the film, this makes for an awkward viewing experience. However, aside from this, it is fun, unpredictable albeit a slow-paced murder mystery.

The problems lie mostly in the ponderous first hour and some low budget visual effects. In addition to that, it suffers from an issue common to Agatha Christie's stories, the victim is generally unsympathetic as a character as withMurder On The Orient Express,it is just not that troubling that they are dead.

Death On The Nile, nevertheless delivers what Brannagh intends. The jokes land, the twists are unpredictable, and the performances of the all-star cast are all memorable.

The run time remains an issue. It is an intriguing story, but one that could easily be resolved in one hour of television by Olivia Benson or Detective Goren. It is an issue that it shares with the next film on this list.

Edgar Wright’s follow up toBaby Driverlooked amazing in previews. It looked like a unique time-travel murder mystery that tapped into the 60’s nostalgia of Tarantino’sOnce Upon A Time In Hollywood.

Without giving too much away, Thomasin Mckenzie (Jojo Rabbit) plays a young woman named Eloise, who moves into a London flat and finds herself transported back in time each night.

She sees the world through the eyes of Anya Taylor-Joy’s Sandie as she tries to launch a singing career in 60’s London, and is romanced by a mysterious man played by Matt Smith (Morbius)

Quickly that dream world turns nightmarish and Eloise tries to investigate what she uncovers in the modern-day.

It is a premise that sounds original, but likeDeath On The Nile,it feels stretched out over two hours.

Enjoy it for Wright’s incredible style and some brilliant needle-drops, and yearn for the day when he makes a full-length musical.Last Night In Sohoshould be applauded for its ambition but limps to an unconvincing ending.

The premise of this Ryan Reynolds vehicle sells itself. A time-travelling fighter pilot travels back in time and enlists the help of his younger self to save the world. Reynolds plays Adam, as does Alex Mallari Jr as his 12-year-old incarnation.

Mallari Jr is a delight as he channels Reynold’s well-known attitude and sense of humour.

The story moves quickly and eschews too much world-building in favour of repartee and action sequences. The supporting cast is impressive and consists of Jennifer Garner, Mark Ruffalo, Zoe Saldana and Catherine Keener.

As is common with some Netflix feature films, the special effects have a somewhat budget feel to them in some scenes, but the film requires suspension of disbelief to enjoy.

It is an original, self-contained sci-fi action family comedy. Against all the odds, that mix of genres works, thanks principally to the chemistry between the two lead actors.

An attempt to better oneself led to the History Channel for almost nine hours of the ancient world.

8 Days That Made Romeis a series of one-hour documentaries about single moments that changed the course of history and determined the fate of the world’s first superpower.

Historian Bettany Hughes hosts and provides detail, context and some dramatic flair to the stories of Boudica’s revenge,Spartacus’ rebellionand the downfall of Nero.

Each episode intercuts dramatic recreations with footage of current archaeological sites. There is some stunning footage and engaging stories in this series.

Hughes's documentary is more concerned with the human lives behind historical events than the basic encyclopedic facts. We see Rome through the eyes of slaves, emperors, and senators. From the perspective of the conquerors and the conquered.

The story of Elizabeth Holmes and Theranos is a showcase of the considerable talents of Amanda Seyfried. Portraying the famed corporate criminal is a tightrope walk by the formerMean Girl, any misstep by the star and the entire series could be a disaster.

Seyfried does not play Holmes as a sympathetic character, just one with ambition that overwhelms herself and everybody around her.

She is particularly good at displaying momentary panic when Holmes thinks she has been discovered. Seyfried employs a blank stare that makes it look as though she is software loading the correct answer.

Her depiction of Holmes goes some way to explaining how a college dropout with no experience nor a working product managed to convince Forbes that she was worth $4 billion in 2015.

The Dropoutis an engaging series, highly bingeable and well-told over eight episodes. Although the ending is public knowledge, Seyfried delivers a final chilling moment that few could see coming.

From a true-crime series to a series that parodies true crime.Only Murders In The Buildingstars Steve Martin, Martin Short and Selena Gomez. They portray three neighbours in a New York high rise who investigate the death of another tenant.

The trio bond over a mutual love of a true-crime podcast (hosted by Tina Fey). Quickly, they start their own to increase interest in their misadventures.

Gomez might seem like surprising casting to play opposite the two comedy giants of the 80s but it works perfectly. Her character's begrudging respect for her co-investigators combines with a dry sarcasm that delivers many of the series' best moments.

Martin and Short have worked together for decades. It is always a pleasure to see them on screen again. The cast of suspects and helpers is fleshed out by Nathan Lane, Jaboukie Young-White, Amy Ryan and Sting (as himself, the prime suspect.)

Only Murders In The Buildingis funny, charming and genuinely intriguing. A second season is scheduled for June this year and will be eagerly anticipated by fans of the first.