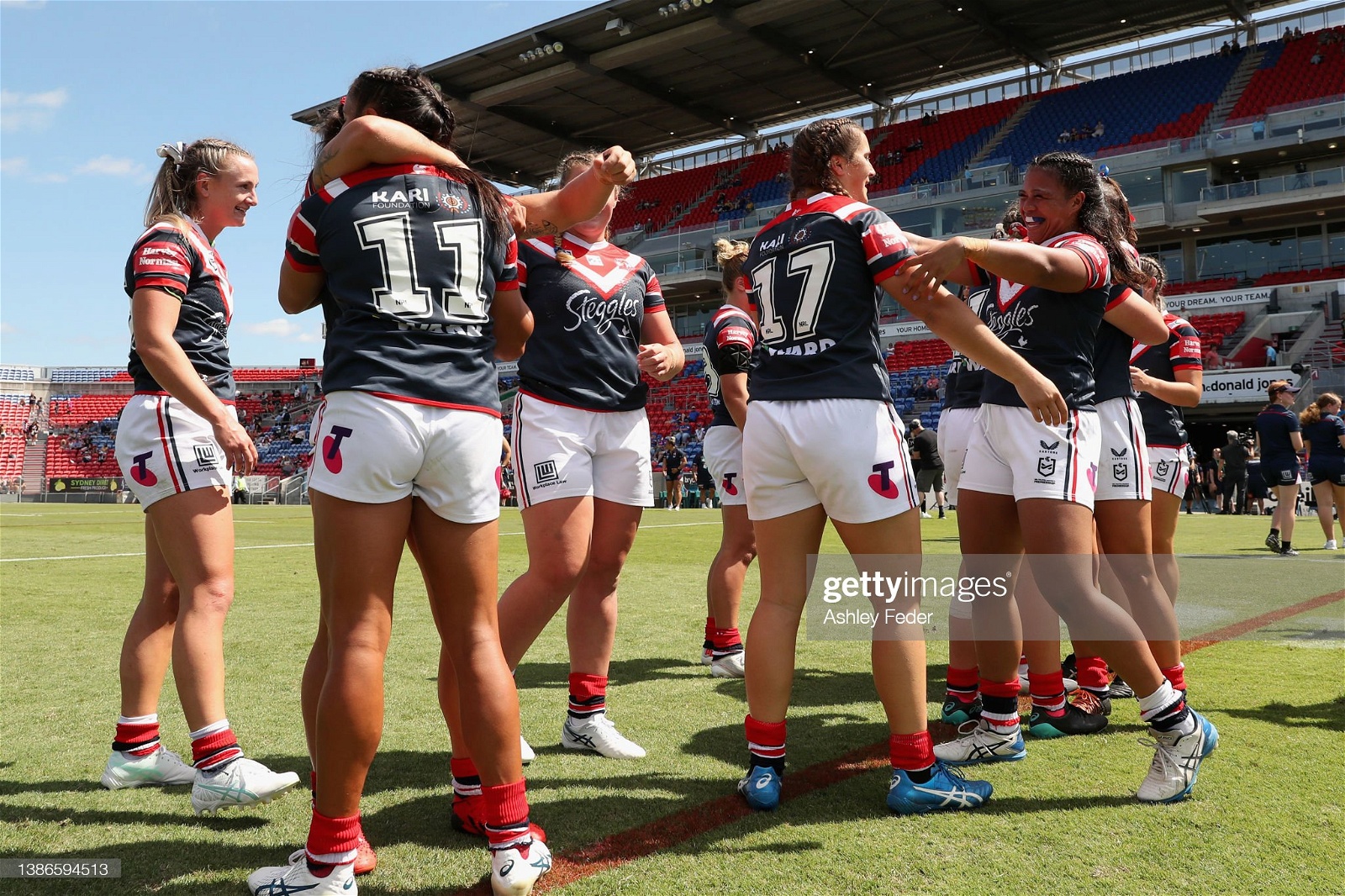 A round of classic matches has continued with an action packed second half providing the Roosters a much needed win. This leaves both the Sydney Roosters and Parramatta Eels in the hunt for finals.

The first breakthrough of the match came with a Raecene McGregor kick setting up Brydie Parker for a try right under the posts.

The Eels attempted to regain momentum, but errors and penalties gave the Roosters possession and position. The Roosters turned this into their second try of the afternoon.

“We started really poorly in the first half” reflected Parramatta coach Dean Widders “We just couldn’t get control of the game for long enough out there.”

The teams went into the sheds with the Roosters holding a 12-6 lead after a dull half. The second half however, was anything but dull.

The action began with a line break from Abbi Church gave the Eels a chance back into the game.

A short kickoff led to an excellent try scoring opportunity for the Roosters. Failure to hold on to the ball led to that opportunity being wasted.

A controversial pass set Christian Pio up for a try, to tie the game for the Eels.

The Roosters appeared to take the lead again, however a knock-on caused the try to be overruled by the bunker. Parramatta responded with Tiana Peniteni scoring, for their first lead of the day.

Sarah Togatuki charged through the Eels line right under the posts, to make it a 18-18 game.

The Roosters had an opportunity to kick for goal for a late game lead, however the kick missed, to keep the scores level.

Zahara Temara was the one to take charge for the Roosters, providing them a field goal from 28 metres out.

Her calm reaction to the match-winner did cause Roosters coach John Strange to worry for a bit longer.

“I said to [Zehara], if she kicks a field goal again, to give us some reaction. I can’t see if it’s going through the posts.

“We want to make sure that we want to make a stand in this competition. We didn’t start how we wanted, but it’s about how we finish.

“The girls did a really good job today, just staying in the grind against a really good team. I’m really proud of them for just sticking in there and getting the result we wanted.”

Strange also appreciated that while stressful, it would have been a good game for neutral fans. “It was probably good for the spectators, not so much for the coaches.”

The Eels, on the other hand, were disappointed that they were unable to travel home with another win.

“To be on the other side, it’s tough, it’s disappointing” admitted Eels coach Dean Widders. “We didn’t execute well at all at the end.

“We didn’t get a chance, and nor did we deserve it either.”

Widders also commented that he felt that there needed to be more intent from his side. “The hungriest team every week has won the game - when we’re the hungry team, we win.”

Parramatta captain Simaima Taufa agreed with these sentiments, and cited consistency as a key factor for next week.

“We need that second half attitude in the first half” commented the Eels captain. “It’s a 70 minute performance, not a 30, not a 40.”

“Every team is beatable, and we need to come up with a strong performance.”