Running Touch will be going on the road for the much anticipated 'CARMINE' tour in May and June ahead of his debut album. 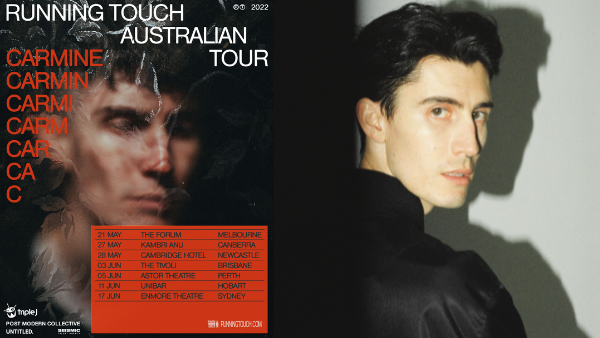 Australian Artist Running Touch will be going on the road for the much anticipated 'CARMINE' tour which is presented by Post Modern Collective, Seismic Talent, Untitled Group & triple j.

Following a summer festival run performing at Wildlands and For The Love just to name a few the Melbourne artist will be touring across the country ahead of his debut albumCarminebeing released on May 6th.

Carmineis a record about violence and love that establishes the much loved Australian artist as an elite storyteller and a bold innovator, and a master of atmosphere which is among the best in Australian electronic music.

The Carmine tour represents the start of a new chapter for the artist, the birth of Running Touch’s second life as a force when it comes to heartbreaking dance music.

BATMAN NEEDS A ROBIN BUT WHO SHOULD BE ROBERT PATTINSON’S ROBIN?

The powerful stage presence of Running Torch is something that shouldn't be missed when he goes on tour during May and June.

Tickets go on sale for the tour on Friday the 18th of March at 1 pm AEDT and can be purchasedhere.